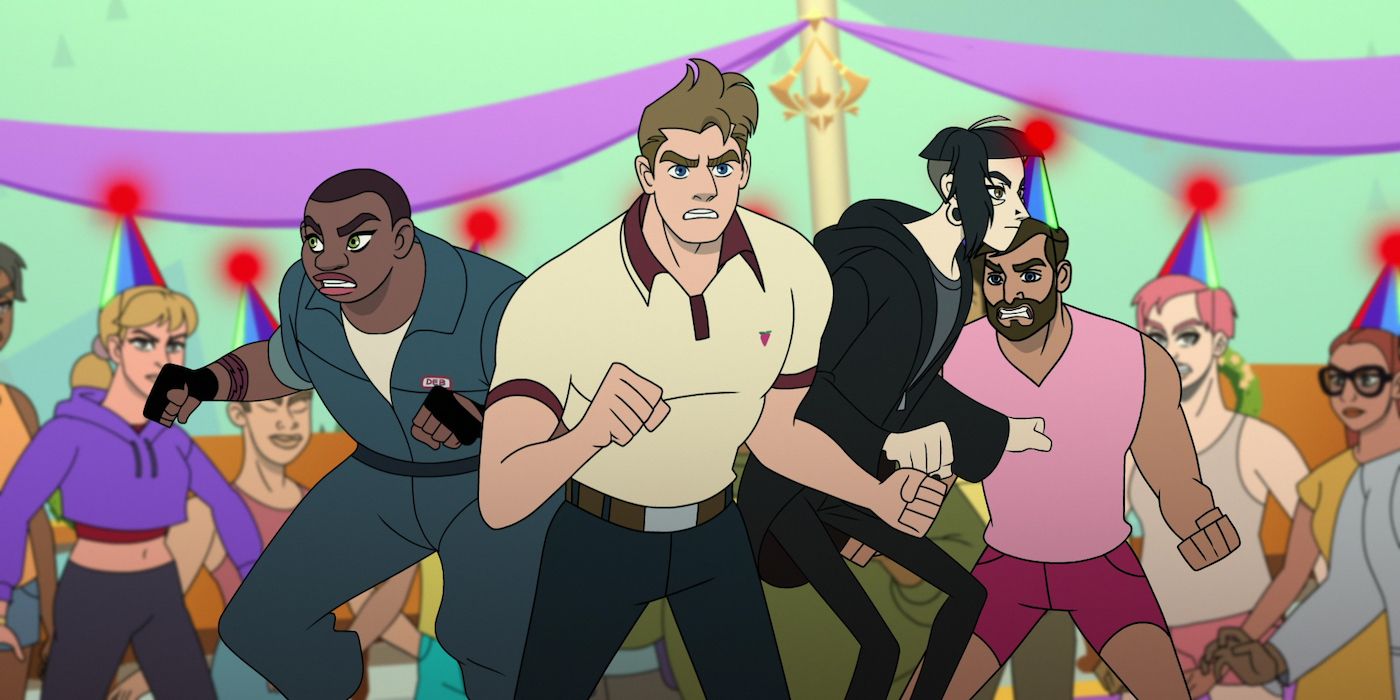 ‘Q-Force’ is an adult-animated series about a group of highly competent secret agents working for the fictional American Intelligence Agency (AIA). Despite their abilities, they have been side-lined because they are members of the LGBTQIA+ community. Eventually, the group’s leader, Steve Maryweather or Agent Mary, decides to take the initiative to ensure that his team receives the recognition they deserve.

Created by Sean Hayes and Michael Schur, the spy series premiered in September 2021 and opened to mixed reviews. Even though some critics found the premise quite intriguing, others were concerned that the handling of the queer-centric humor might not be to everyone’s liking. If you are wondering if and when ‘Q-Force’ season 2 will come out, we have got you covered!

‘Q-Force’ season 1 premiered on September 2, 2021, on Netflix. It comprises 10 episodes with a runtime of approximately 27 minutes each.

As for season 2, here is what we know. Neither the Netflix executives nor the show creators have spoken anything about developing a second season. However, Netflix maintains a stellar record for producing more than one season of various adult-animated series. The streaming giant has produced multi-seasonal runs of memorable productions like ‘BoJack Horseman’ and ‘Big Mouth.’ If ‘Q-Force’ manages to replicate even a fraction of the success of these shows, then it will likely be renewed for another season.

Netflix also boasts an amazing history of producing LGBTQIA+ content. With ‘Q-Force,’ it seems like they are attempting and succeeding in breaking into new territories. Films and TV shows belonging to the spy genre rarely have an LGBTQIA+ community member as one of its lead characters. So, it seems like an incredible accomplishment of its own to have a spy show with mostly community members as part of the cast and crew. If the first season garners a significant amount of viewership, and the show gets renewed in the next few months, expect ‘Q-Force’ season 2 to come out sometime in 2023.

Q-Force Season 2 Voice Cast: Who can be in it?

Q-Force Season 2 Plot: What can it be About?

In the season 1 finale, The Q-Force successfully infiltrates the country of Gyenorvya. They discover that Princess Mira Popadopolous, whom they have come to consider an ally, is planning to assert herself and her country on the global stage. For that purpose, she wants to use the sensitive AIA information she took from them. The Q-Force teams up with veteran queer agents.

Together, the team stopx Mira Popadopolous before she can marry Buck and enact her diabolical plans. The Q-Force then comes back to America as heroes. It seems that they don’t want to return the intel to the AIA, knowing that the agency misused it. Mary and Benji get back together, while Buck declares that he will seek a divorce from Twink.

In the potential season 2, ‘Q-Force’ might face a brand new villain. Having learned about the agency’s nefarious Greyscale project, Mary’s approach towards the AIA could become more pragmatic. Mira might reappear and attempt to seek vengeance against the Q-Force. If the show is renewed for another round, the primary antagonist could be the agency itself. Furthermore, the audience is yet to learn how Benji reacts after learning that Mary is a spy.