Will ‘Queen Sono’ be Renewed? 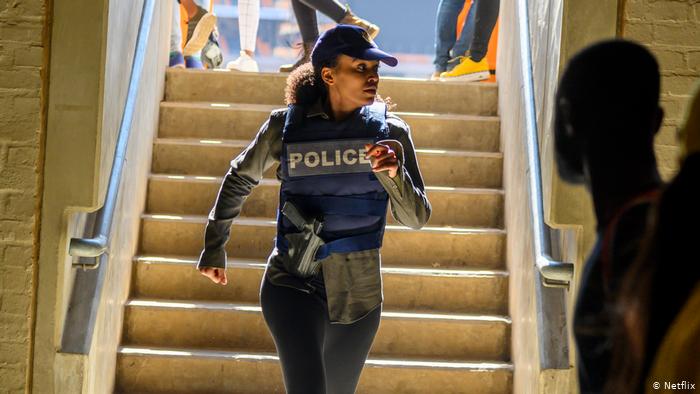 Netflix’s Queen Sono is the perfect cocktail of an action-espionage thriller and family drama. Created by Kagiso Lediga, the series also happens to be the streamer’s inaugural African original and hence, had a lot of expectations from fans and critics alike. And luckily, it did not disappoint.

Combined with a complex plot and a strong female lead, ‘Queen Sono’ offers a messy thrill ride. And if you have watched the show, you will get what we are trying to say here. Now, if you are already done and dusted with season 1, you must be wondering about the possibilities of a potential new season. Here’s everything you need to know about when will ‘Queen Sono’ season 2 release and who can be in it.

Queen Sono Season 2 Release Date: When will it premiere?

Queen Sono season 1 premiered on February 28, 2020, on Netflix, in all its entirety of six episodes.

The first season opened to positive responses, with critics praising the show for its fresh approach, geopolitical and historical references, and a superb performance by a contemporary black heroine. Moreover, the finale convinces us that the creators had not planned this as a one-off. There are multiple loos threads that need to be resolved in the next season.

Hence, although Netflix has not come up with an official announcement yet, you can rest assured that a new season is on its way. After the series gets its recommissioning order, we expect ‘Queen Sono’ season 2 to premiere sometime in February 2021.

Queen Sono Season 2 Cast: Who can in it?

Pearl Thusi leads the cast in the titular role of Queen Sono, a field agent employed with the Special Operations Group (SOG). Joining her is Vuyo Dabula as Shandu, a former spy who additionally happens to be Ekaterina’s second in command. Sechaba Morojele stars as Dr. Sid and Chi Mhende as Miri, the chief and director-general of SOG respectively.

Loyiso Madinga plays the role of the lead field technician of the SOG while Kate Liquorish enacts the role of Ekaterina Gromova, a rich heiress from Russia and an elite military contractor. Khathu Ramabulana stars as William, Queen’s friend from childhood and her therapist. Enhle Maphumulo is William’s lover Nova, while Abigail Kubeka plays Mazet, Queen’s grandmother.

When season 2 happens, Pearl Thusi will, no doubt, return to reprise the role of the protagonist. We also expect all of the lead cast (leaving Abigail Kubeka, whose character was killed off in season 1) to re-enact their original characters as well.

Queen Sono Season 2 Plot: What can it be about?

Queen Sono is an action-packed spy drama that revolves around the titular South African spy. Queen’s methods are unconventional and yet she succeeds in almost all her missions, sometimes even against the wishes of her superiors. However, when the man who had supposedly killed Queen’s mother is released on parole, Queen’s past starts haunting her.

In season 1, Queen and her crew are finally able to thwart Ekaterina’s plan of gaining control over the whole of South Africa. But Queen’s grandmother is killed in the process. Meanwhile, Sono and William’s relationship reaches a major dead end. We also learn that Strydom, the man accused of Queen’s mother’s mother is not the real murderer. There are larger forces at play.

Further investigation leads Sono to the SOG where she discovers that Safiya (her mum), who had led the Apartheid movement was killed off by someone from the upper ranks. The assassination also included the CIA and South African Intelligence. But who was the mastermind? We guess we have to wait for season 2 to find out.