When Will Queen Sugar Season 5 Premiere on OWN? 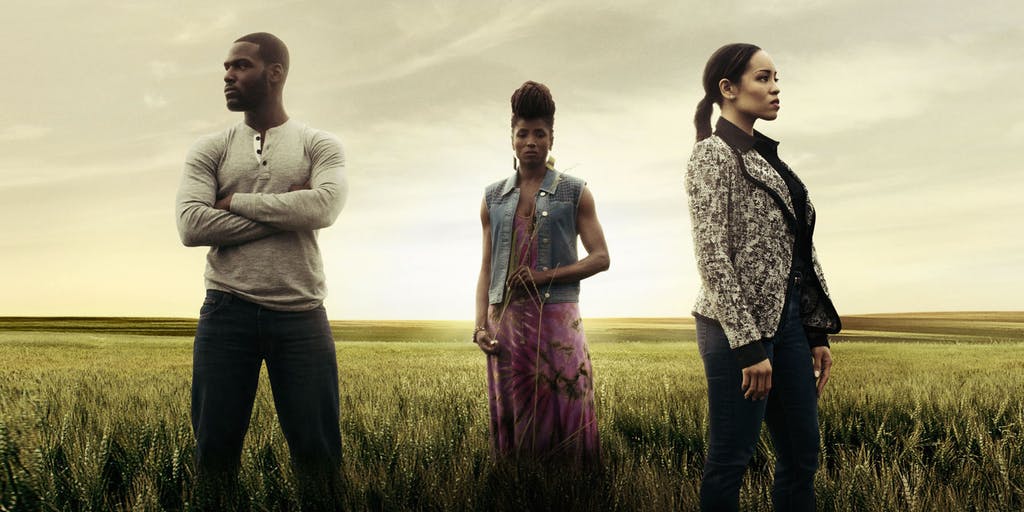 ‘Queen Sugar’ is unique with respect to how it handles the African-American culture. It focuses a lot on the characters and how the viewers should view them. Ava DuVernay’s talent with the camera heightens the viewer’s experience. Over the course of its seasons, it has tried to and somewhat achieved to establish itself as a series which portrays the African-American culture in a different way than most series. It also touches on the struggles relationships and how hard it is to maintain them. Basically, it deals with, as DuVernay says, ‘A Black Family’.

The show is produced by Ava DuVernay and has Oprah Winfrey as its executive producer. DuVernay has also directed some episodes. The series is based on the novel ‘Queen Sugar’ written by Natalie Baszile. The drama series airs on Oprah Winfrey Network (OWN) and first premiered on September 6, 2016.

The series has garnered a rating of 97% score on Rotten Tomatoes receiving praise from critics: “With the authenticity of culture and place and strong performances throughout, Queen Sugar rises above melodrama in this alluring, unhurried and powerful portrait of a fractious black American family.” The series has also been praised for having almost entirely female directors at the helm. Moreover, it has been pointed out that despite having a black family at the center of the show, it deals with a lot of universal issues like class, culture, and gender. These themes go hand in hand with various issues pertinent to African Americans like racial profiling and the inheritance of chattel slavery.

After four successful seasons, the show has been renewed for a fifth installment. Here’s everything we know about Queen Sugar Season 5.

Queen Sugar Cast: Who is in it?

Other cast members include Kofi Siriboe as Ralph Angel Bordelon, the youngest of all the Bordelon children; Tina Lifford as Violet Bordelon, Ernest’s younger sister; Omar Dorsey as Hollingsworth “Hollywood” Desonier, a supporter of the Bordelon family; Dondre Whitfield as Remy Newell, who was a pal and confidante to Ernest who soon becomes of great help to Ernest’s children; Bianca Lawson as Darla Sutton, a recuperating drug addict who is Ralph Angel’s ex-girlfriend and Blue’s mum.

All the main cast members are expected to return for season 5.

Queen Sugar Plot: What is it about?

The show depicts the complicated lives of three siblings: two sisters, Nova Bordelon, an excellent journalist and activist from New Orleans, and Charley Bordelon, a contemporary lady, who, with her teen son Micah, leaves her posh residence in Los Angeles and shifts to a place situated in the heart of Louisiana to claim the legacy that her recently deceased father has left behind in the form of an 800-acre sugarcane farm. Their brother Ralph Angel is a single father struggling with joblessness and a recuperating drug-addict mother of his child.

Queen Sugar Season 5 Release Date: When will it premiere?

“I’m thrilled to further explore the beauty, pain and triumph of this African-American family, with hopes that their story will continue to resonate with audiences who see themselves in the Bordelons,” DuVernay said after the renewal announcement. “It’s a real honor to create this work with Warner Horizon and OWN as their support is rock-solid and wonderful,” the Selma director added.

Even though no release date was revealed in the announcement, it is expected that ‘Queen Sugar’ Season 5 will premiere sometime in June, 2020.

Should You Watch Queen Sugar?

Yes, for the most part! Variety sums the show rather well, saying, ” ‘Queen Sugar’ is a visually stunning production, making the most of the waterlogged bayous and swampy farmland of rural Louisiana. Especially when it’s set in nature, the production glows with carefully created loveliness. The sunlight filters through the clouds and over the shoulders of the Bordelon family with celluloid fluidity, rendering everything within the frame weirdly beautiful, even if the characters are engaged in the most banal of activities. It is a special kind of grace for the characters because the lens so actively humanizes the Bordelons even as others in the narrative would diminish them.”

While the characterization and execution of the show remain its forte, the pacing could be better and at the moment the series just feels a bit sprawling at times, not to mention the fact that it appears to be a little indulgent in a soapy kind of way.

While you wait for season 5, here’s the trailer for Season 4 of ‘Queen Sugar’. If you have not seen the series then definitely give it a watch on OWN. On that note, if issues of race concern you, you can check out DuVernay’s ‘When They See Us‘ which is available for streaming on Netflix.