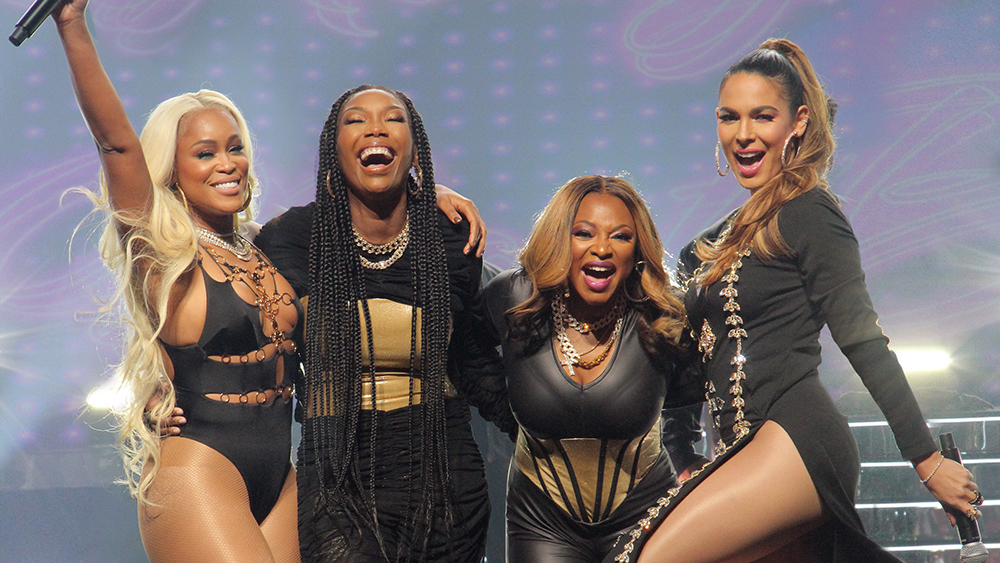 The eighth episode of ‘Queens’ follows the aftermath of the tragic incident that shakes up the Nasty Bitches, as Brianna fights for her life in the hospital. Naomi and Jill go down memory lane and reminisce about the first time they met Brianna and each other, while Valeria gets closure from her family and gets closer to the group. You can find further details about the events of the latest episode in the recap section. Now, let’s find out everything there is to know about the upcoming episode of ‘Queens.’

Queens episode 9 is scheduled to release on January 4, 2022, at 10 pm ET on ABC. The season will resume airing after a three-week break. With a runtime of approximately 45 minutes each, new episodes shall continue to arrive every Tuesday.

Where to Watch Queens Episode 9 Online?

If you are a cable subscriber, you can watch ‘Queens’ episode 9 by tuning in to ABC at the above-mentioned date and time. Otherwise, the episode will also be available to watch on ABC’s official website and the ABC app. Hulu subscribers can watch the show live or access the new episode on its library sometime after the television broadcast. To explore these options, head here. Viewers can even choose to live stream the episode on platforms like FuboTV, Xfinity, DirecTV, and YouTube TV. In addition, it can be watched on VOD platforms like Spectrum, Amazon Prime Video, Google Play, iTunes, Microsoft Store, YouTube, and Vudu.

Episode 9, titled ‘Bars,’ will most likely reveal the fate of Brianna after she is wounded in the shooting. After the cliffhanger ending of episode 8, it is yet to be seen whether she has made it out alive after surgery or not. With the identity of the shooter discovered, it shall cause new threats for Jill and also for Eric. On the other hand, Valeria will make an impulsive decision about her future, which will severely impact the group. Moreover, Naomi and Lauren shall face some new troubles in the form of an old rival and an overexcited fan, respectively.

Titled ‘God’s Plan,’ episode 8 is a highly turbulent installment that brings shocking revelations to light. As Brianna and Eric are rushed to the hospital after getting shot, the rest of the group, as well as fans, pray and hope for both of them to survive. Grief-stricken Naomi and Jill begin to remember their old times in the 90s. In 1993, young Brianna and Naomi meet and bond over music before deciding to form a rap group for the local showcase, much to the dismay of Brianna’s mother, Renee.

Renee introduces Brianna and Naomi to Jill, who surprisingly becomes a part of their group. Then the three girls go on to perform at the showcase by introducing themselves as the ‘Nasty Bitches.’ A young Eric also meets them at the event and shows interest in working with them. Back in the present, Lauren tells the detective about Eric’s debt and his fight with Jadakiss. Eric’s condition becomes stable, and he reassures a worried Naomi that he is fine. But she is skeptical about the shooter still roaming free. She also asks Eric if he would like to be mentioned on Jojo’s birth certificate, to which he happily agrees.

Meanwhile, Valeria brings Brianna’s children to visit their mother in the hospital, and Renee refuses to give her consent for Brianna’s surgery as it could risk her life. But Naomi, Jill, and Valeria plead with her to give Brianna a chance to live a life without being paralyzed, and thus Renee eventually agrees. Jadakiss, who has become the prime suspect of the shooting, comes to the hospital and threatens Eric while disclosing that he is not the shooter.

The shooter’s identity is finally revealed to be Jill’s ex-husband, who confesses to her that he had aimed the bullet at her, but it didn’t hit her as they are destined to be together. As he physically attacks her, Jill knocks him out while the police and the other women arrive. The episode ends with Jill feeling guilty about Brianna’s state, while a flatlining Brianna gets a heartbeat again.