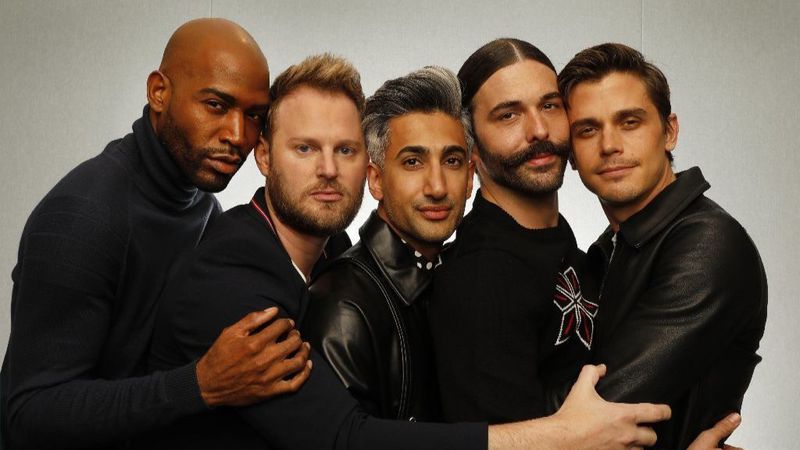 Emmy Award winning Bravo television show ‘Queer Eye for the Straight Guy’ is currently enjoying its second innings after Netflix rebooted the show in 2018 under a shorter and more broadly acceptable name, ‘Queer Eye’. Season 1 of the reality television show was released by Netflix on February 7, 2018, and just months later, Netflix followed it up with Season 2, which released on June 15, 2018.

Both the seasons of ‘Queer Eye’ received outstanding responses from critics and audiences alike, and without delaying any further, Netflix announced on July 13, 2018 that ‘Queer Eye’ would be making a comeback with a third season, which premiered on March 15, 2019. Soon after the third season, the show was renewed for two more seasons. Here’s everything we know about its upcoming season.

Queer Eye Cast: Who is in it?

For those unaware, ‘Queer Eye’, like the original show, features five central “make better” experts known as the “Fab Five”. However, Netflix’s reboot features a different Fab Five that the experts who were present in the original show.

In ‘Queer Eye’, the Fab Five consists of food and wine expert Antoni Porowski, fashion expert Tan France, culture and lifestyle expert Karamo Brown, design expert Bobby Berk, and grooming expert Jonathan Van Ness. Other people who are seen in the show include the people who the Fab Five go around helping.  The current Fab Five have been around from Season 1, and it is expected that all of them will be making a comeback for Season 5 as well.

Queer Eye Plot: What is it about?

For the uninitiated, ‘Queer Eye’ tracks the Fab Five as they travel to small towns all over the world to try and make people’s lives better. The show is premised on the stereotype that gay men are experts in matters of lifestyle, fashion, culture, grooming etc., and the Fab Five typically help emotionally troubled, lonely heterosexual men get a makeover (“make better” as the show calls) so that they can turn their social lives around. Not only do the Fab Five help the “nominees” with grooming and wardrobe makeovers, they also help the beneficiaries inculcate better community values, and usher in important, healthy lifestyle changes. Every now and then, the show also sees the Fab Five help women and transgender people make their lives better.

As far as Season 3 is concerned, The Guardian was so impressed with the show that it wrote in its review of Season 3, “When Jonathan van Ness struts through a salon in high heels, snapping his fingers, shouting, “Full! Spa! Day!”, it’s obvious that Queer Eye likes to have fun. But it is kind and warm, and it is the most feelgood of feelgood TV, and it manages to entertain by crossing, for a time at least, boundaries of class, of race and of sexuality.”

In a similar vein, GQ praised the show, saying, “For all these reasons and more, Queer Eye has never felt more confident or more celebratory. It’s like watching a friend become their best self. There are still weird touches here and there that remind us of the worst excesses of the genre in question…But for all of this, Queer Eye has never been better feel-good TV. It satisfies such a specific, and yet universal, televisual need that I am champing at the bit for the rest of the episodes.”

Netflix’s reboot has also been a massive hit with audiences, and as opposed to the original show’s 6/10 rating on IMDb, ‘Queer Eye’ has an impressive rating of 8.4/10 on IMDb.

Queer Eye Season 5 Release Date: When will it premiere?

Queer Eye Season 4 released on July 19, 2019 on Netflix. The show has continued to perform exceedingly well and that’s exactly why the show has been renewed for a fifth season. We would not be surprised if Netflix keeps the show on for a few more seasons. After all, fans don’t seem to have enough of the show.

Now, even though we know that the show is coming back, what we don’t know is exactly when. Going by release trend of previous seasons, it is pretty obvious that the showrunners take roughly six months to come up with a new season. If that trend continues, we expect Queer Eye Season 5 premiere date to fall sometime in February, 2020. We will update this section as soon we learn more.

While we wait for an update on Queer Eye Season 5, check out the season 4 trailer below. If you haven’t seen the show yet head over to Netflix to catch all the episodes of the previous seasons.