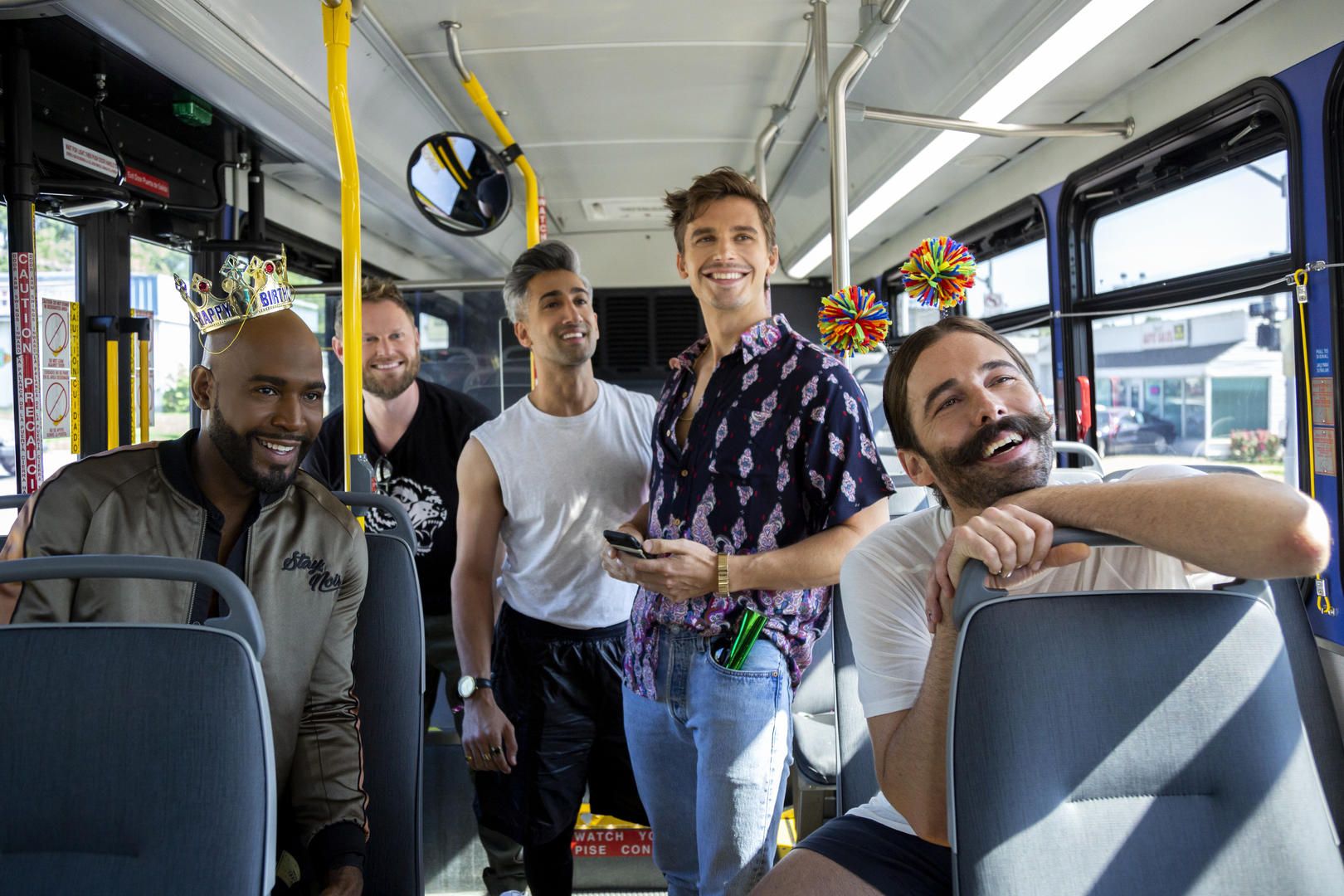 For those of you who enjoy watching inspiring transformations of people as they strive to fulfill their potential, this show is for you! ‘Queer Eye’ is an Emmy-winning reality series that feature five experts AKA Fab Five as they help people reinvent themselves – right from clothing and mannerisms to building one’s confidence. Created by David Collins, the show is a reboot of the Bravo series of the same name.

The show originally released on February 7, 2018, on Netflix. What is truly special about it is the emphasis on diversity and representation. While the streaming giant does not usually release viewership numbers, the success of this series is quite evident. It has received praise for its feel-good vibe, emotional richness, as well as the work that the Fab Five does with the participants. So, it is but natural that fans are anxious to know if the series will continue after six seasons. Well, here is everything we can tell you about the potential season 7!

‘Queer Eye’ season 6 premiered in its entirety on December 31, 2021, on Netflix. The show’s sixth edition comprises ten episodes, with a running time of 47-52 minutes each.

With regard to the seventh installment, here is what you might want to know. As of now, no official statement has been made confirming the future of the series. Usually, Netflix waits a few months to assess how a series is performing. Therefore, we do not expect a formal announcement anytime before February 2022.

It is no news that the show has won the hearts of many viewers and critics. And seeing how Netflix originals typically do not run for more than 3-5 rounds, this feel-good series has had an impressive run so far. Moreover, the streaming giant has begun putting more emphasis on its unscripted titles. That means that it would like to take advantage of the show’s popularity as well.

Up until season 5, the series had been rolling out two installments every year. But that changed due to the pandemic as the production schedule was affected. With that said, season 6 arrived a little more than 18 months after season 5 rolled out. However, a special episode released in July 2021 to keep fans connected. But we believe you won’t have to wait that long anymore, given that productions have started to fall back into their routines. So, taking everything into consideration, we expect ‘Queer Eye’ season 7 to release sometime in Q3 2022 or later.

The series revolves around a team of five experts who are popularly known as the Fab Five. It consists of Antoni Porowski, Tan France, Karamo Brown, Bobby Berk, and Jonathan Van Ness. Antoni is a chef, actor, model, and author. The Canadian TV personality appears in the Netflix series as the expert on food and wine. Tanveer Wasim “Tan” France is a British-American fashion designer and television personality who lends his expertise to the show by transforming people’s clothing and style. You may recognize him from other Netflix productions such as ‘Dressing Funny’ and ‘Next In Fashion.’

Karamo began his television career with ‘The Real World: Philadelphia.’ The reality television personality, author, actor, and activist features in this Netflix series as the culture and lifestyle expert. On the other hand, interior designer and author Bobby Berk is an expert on everything related to designing spaces. He also participated in the sixth season of ‘The Masked Singer’ as Caterpillar.

Rounding up the team is the grooming expert Jonathan Van Ness. The hairdresser and podcast host is a well-known figure in the entertainment industry. All five of them have consistently appeared in all the seasons of the show. Therefore, if the series is recommissioned for its seventh round, we can rely on them to return once again.