Will There be a Queer Eye: We Are in Japan Season 2 on Netflix? 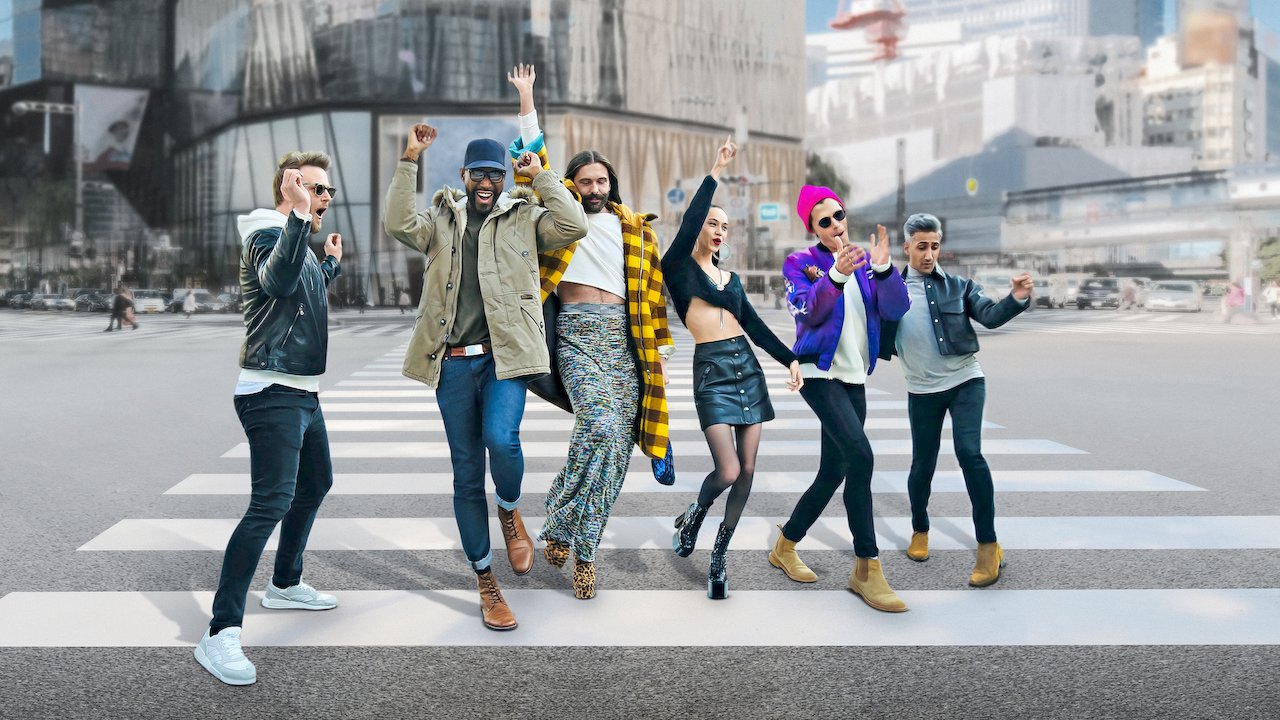 The Emmy-Award-winning, popular series, ‘Queer Eye‘, expands further to satisfy the never-ending demands of fans by releasing its Tokyo-specific special mini-series, ‘Queer Eye: We’re in Japan!’, which airs on Netflix. Featuring the charismatic Fab Five, it follows the team as they infuse their “infectious brand of self-love, confidence and encouragement” to the Asian nation.

The popular series went international for the first time with Queer Eye Japan. But will it return for season 2? Let’s find out. But before that let’s quickly recap the series.

Who Are the Hosts of Queer Eye: We Are in Japan?

The show showcases all the members of the Fab Five crew, giving unrecognizable makeovers to their clients, but this time, in Tokyo. We meet the five experts, namely, Jonathan Van Ness (grooming), Karamo Brown (culture and lifestyle), Antoni Porowski (food and wine), Bobby Berk (interior design) and Tan France (fashion).

Alongside them, we also witness two Japanese stars lending their support and advice across the episode. Joining the Fab Five is model and actress Kiko Mizuhara, who is their tour guide, and comedian Naomi Watanabe, who makes a cameo appearance.

Additionally, just like the original, the Japanese version also brings in individuals who are given a complete makeover by the Fab Five. In season 1, we get to see four such persons, who are guided by the team in making a positive change in their lives.

What is Queer Eye: We Are in Japan About?

Since its inception, ‘Queer Eye’, the famous fashion makeover show, has taken viewers on multiple trips across the US, including Georgia, Kansas City, and Missouri, among others. Now, the Fab Five heads to Japan, where they meet Japanese natives, who desperately need a new lifestyle overhaul. To make their job easier, the guys do get some help from the country’s local celebs. Following the same premise as its predecessors, ‘Queer Eye: We Are in Japan’ follows the crew of five gay professionals as they guide people, in dire need of transforming their style and confidence. Emotional and heartwarming, each episode of this reality tv series, focuses on one individual from Tokyo, who desperately needs to change their wardrobes and cramped city apartments.

We first meet a 57-year-hospice nurse, Yoko, who has forgotten how it was like to embrace her feminine side due to years of neglect. Then, Kan, aged 27 and a gay man, has been battling all his life to express his true self. The Fab Five helps him to accept himself and also gives him confidence to introduce his boyfriend to the family. Next, 23-year-old Kae is a manga artist, who was a victim of bullying and needs to let go of her negative past. Finally, a shy 35-year-old guy, Makoto, requires to “reconnect with himself, his passions, and his wife.”

Apart from helping the above people, ‘Queer Eye: We Are in Japan’ also follows the Fab Five as they immerse themselves in Japanese culture and taste indigenous food, experience local fashion, and get insights on native trends. Additionally, since this is the first international counterpart of ‘Queer Eye’, there are social issues addressed across the episodes, which include the currently rapidly aging populace, low birth rates, dating problems, and gender inequality. In previous seasons, we have seen the Fab Five discussing sensitive subjects like homophobia, religious faith, and racial discrimination.

Yes, Japan is definitely a different location as compared to the show’s other destinations. But the Fab Five is open to challenges. As per Porowski, “We’d long had talked about wanting to do this in other countries and other spaces, but it proved that what we do, we can do it anywhere. Anybody can do it, and we hope that that shows as an example to not only LGBTQ youths, but also our allies, that that message of kindness is something we can all benefit from.”

Queer Eye: We Are in Japan Season 2 Release Date: When will it premiere?

As far as the next season goes, the likelihood of that happening is slim because the show was conceived as a miniseries. But never say never in the world of television. If the show becomes popular in Japan, one can easily see Netflix commissioning another season. In any case, the earliest ‘Queer Eye: We Are in Japan’ season 2 can release is sometime in 2021.

Queer Eye: We Are in Japan Trailer:

You can check out the official trailer for ‘Queer Eye: We Are in Japan’ season 1 below. The trailer is packed with several heartwarming moments. The Fab Five indulging in a completely different cultural experience is extremely interesting.