Quentin Tarantino Drops ‘Once Upon a Time in Hollywood’ Trailer 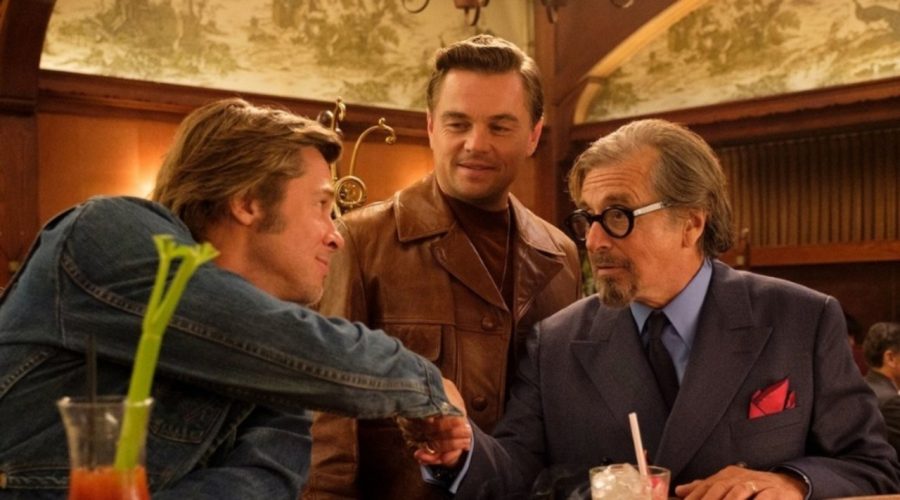 ‘Once Upon a Time in Hollywood’, the ninth film from the daringly brilliant director Quentin Tarantino, released its first teaser trailer after having revealed a series of posters. While the posters were met with mixed reactions since they seemed to give nothing away, the trailer gives a better idea of what to expect from Tarantino’s possibly penultimate film.

Tarantino returns as the scriptwriter and director in ‘Once Upon a Time in Hollywood’. The film, set in 1969 Hollywood, shows Leonardo DiCaprio as Rick Dalton, a washed-up actor who used to be a star, and Brad Pitt as Cliff Booth, his friend, and stunt double. Tarantino’s iconic scriptwriting is immediately evident from Booth’s innuendo about carrying Dalton’s ‘load’. However, matters get complicated as we see some real-life personas like Sharon Tate, played by Margot Robbie, Bruce Lee played by actor and martial artist Mike Moh and Damon Herriman as Charles Manson. The teaser does not show much but gives off a buddy movie vibe which has some sharp dialogue, plenty of nostalgia for the golden age of Hollywood, some dancing and the looming knowledge of Charles Manson’s killing spree that would forever end the hippie culture in America. Tarantino might just make this into a screwball comedy and with his scriptwriting prowess, we would not be surprised to get one of the most fun movies on the Charles Manson murders.

Notably, Tarantino is notorious for keeping things close to his chest before the film releases, which is unsurprising since he is one of the finest filmmakers in the world today and can manage to keep the hype surrounding his projects alive even without teasing viewers with tidbits now and then. He has gone the same route in ‘Once Upon a Time in Hollywood’ whose posters and trailer have not revealed much. However, the film comes four years after Tarantino’s 2015 film, ‘The Hateful Eight’, and shows how committed the director was in bringing this project to light. Again, for Tarantino fans, this is hardly surprising since the director’s love for cinema has been evident in films like ‘Pulp Fiction’, ‘Kill Bill’ and ‘Inglourious Basterds’, all of which subtly pay homage to films that came before it. In fact, Tarantino was a cinephile and enormous consumer of all types of films way before he decided to become actively involved in cinema. He is known to have famously remarked, “When people ask me if I went to film school I tell them ‘no, I went to films'”. His upcoming movie, ‘Once Upon a Time in Hollywood’ will go to the very source of Tarantino’s greatest love, vis a vis, movies. The film is set in Hollywood in 1969, which is around the same time Quentin was growing up amidst this counterculture. He said, “I’ve been working on this script for five years, as well as living in Los Angeles County most of my life, including in 1969, when I was seven years old. I’m very excited to tell this story of an L.A. and a Hollywood that don’t exist anymore”. While it would not be completely fair to postulate that Tarantino’s film will be successful, based on just the trailer, it is true that the director rarely makes films on subject matters that do not interest him. He famously mentioned at one time, “I’ll never write a movie about sheep herders contemplating God and life.” Known for making enjoyable films, this film is likely to be Tarantino’s ode to Hollywood and a unique declaration for his love for cinema.