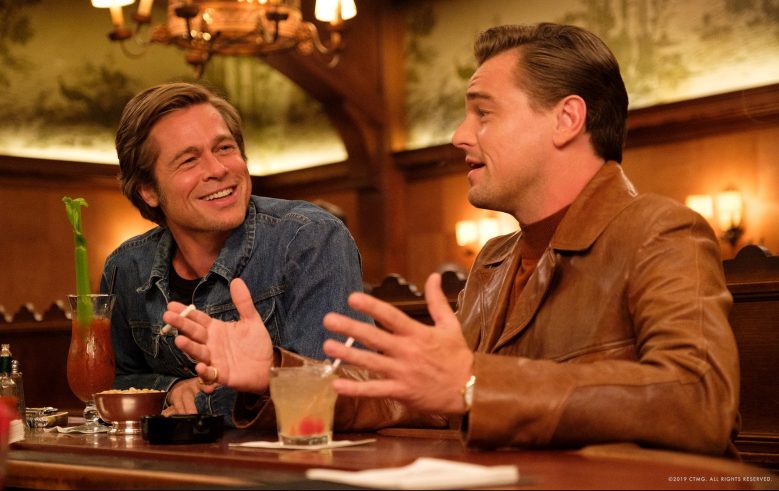 Quentin Tarantino redefined filmmaking in America back in the 90s. His smashing debut with ‘Reservoir Dogs’, a highly stylized heist thriller, created ripples in the American indie film scene. His films flawlessly embody all the elements that define a cult film. In every frame, we experience a palpable sense of his guileless love and unadulterated passion for cinema. To me, he is Hollywood’s own rock n’ roll star. The outsider and the rebel who plays by his own games, fears absolutely no one and whose valiant efforts to carve out a niche for himself has culminated in giving us one of cinema’s most original, maniacal geniuses ever.

However, there is a certain segment of people who loathe his films and find his genius overrated and questioned. Some of their arguments are attributed to the explicit violence inherent in almost all of his films. He is accused of blatantly stealing scenes from his predecessors. While I see the point in most of the arguments, I still firmly hold the view that Quentin Tarantino is one of American cinema’s modern-day greats. He is someone who has extensive knowledge about cinema as an art and the fantasies that encompass it.

Unlike the renowned auteurs from the previous era like Stanley Kubrick, Ingmar Bergman, Andrei Tarkovsky or David Lynch, whose works were often visual and spiritual experiences deeply entrenched in the philosophy of human life and existence, Quentin Tarantino’s films hardly ever made any impact on our thoughts and conscience. Yet his films possess this remarkable seductive appeal that makes it so hard for us to resist or look away. Why? Because his films are plain fun to watch. It’s as simple as that. And therein lies the genius of this man. He has succeeded in entertaining and enthralling his viewers with his movies for over two decades now consistently without a single misfire. And with his latest film ‘Once Upon a Time in Hollywood’, we expect nothing less than a cracking entertaining film that we have so come to expect from the man, the genius. What is next Quentin Tarantino movie about? Why are we so excited about his upcoming film? Let’s dig in..

What is ‘Once Upon a Time in Hollywood’ About?

Set in 1969 Los Angeles, California, ‘Once Upon a Time in Hollywood’ features an erstwhile famous TV actor named Rick Dalton (Leonardo DiCaprio) and his stunt double Cliff Booth (Brad Pitt) as they attempt to redeem themselves in a period in Hollywood in which they find it difficult to work since their times have changed. It just so happens that their pursuit of a second-go at fame coincides with the infamous Manson family murders – namely the murder of Roman Polanski’s pregnant wife Sharon Tate (Margot Robbie) and a handful of her friends in the Hollywood Hills.

Why Are We Excited About Quentin Tarantino’s Next Film?:

The first aspect of a Quentin Tarantino film that hooks you into it straight away is the compelling dialogues that are soaked in a certain sense of humor and realism. The whole aura of his scenes are well orchestrated in a manner that he lets the characters speak and there is never a moment where it feels like the situations are consciously staged or calculated. For instance, think of the opening conversation between Jules and Vincent in ‘Pulp Fiction’. The conversation is as casual as it can get. Ranging from topics like “Hamburgers” and “Foot massage”, the two gentlemen go on talking as they reach an apartment to retrieve their boss’ briefcase. We are initially denied information regarding the identities of the two characters we see on-screen but are hooked into the scene because of the free-flowing nature and the silliness of their conversation. The two would then go on to kill men in the apartment to get the briefcase and we are revealed that they are hitmen of a notorious gangster. The kind of violence and gore that they encounter everyday has gelled so well into their routine lives that killing men for them seems as silly as talking about hamburgers in Europe. Just pure brilliant piece of filmmaking. We expect similar crime lingo in Once Upon a Time in Hollywood.

This is something which I feel Tarantino has learned and mastered from the Martin Scorsese School of Cinema. He has an exceptional knack for choosing just the perfect soundtrack for a scene. As I write this, it’s David Bowie’s rocker, “Cat People” playing in my ears. A song Tarantino masterfully used in his 2009 classic World War II flick, ‘Inglorious Basterds’. The song is played in the background when Shoshanna gears up for her revenge on the Nazis who killed her family. The song perfectly captures her emotions at that moment. Her lifelong quest for revenge, the hidden rage and anger that is finally given a chance to explode itself and the sacrifice she is daringly willing to make are all put together so perfectly in a stroke of pure genius. It is cathartic, adrenaline-pumping and addictive. And Oh! Who can ever forget “Surf Rider” that kicks in on the closing scene of ‘Pulp Fiction’. The song keeps us on the edge mysteriously, wanting more and more wondering what really was in that briefcase!  ‘Once Upon a Time in Hollywood’ is based in 1960s when rock was in its prime. So, expect a rocking soundtrack in the film. 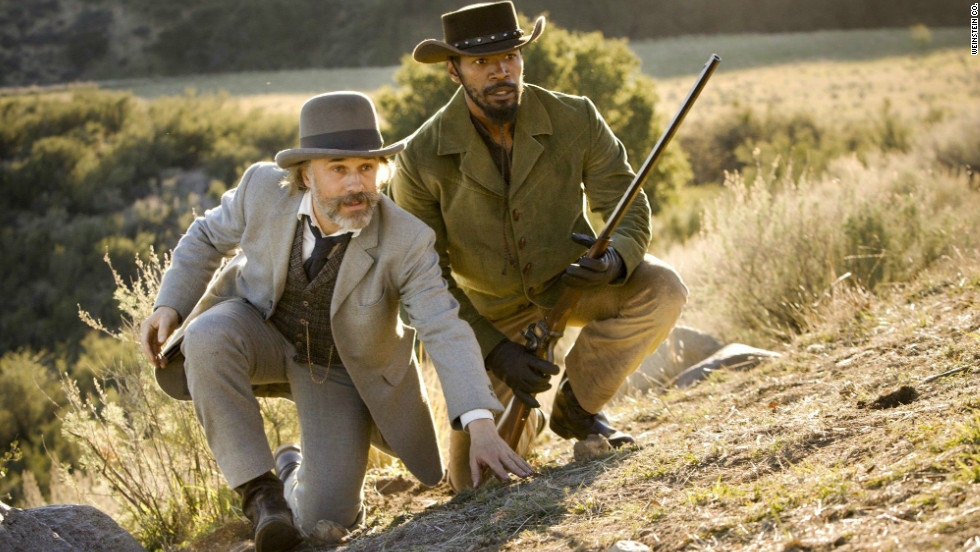 Only Quentin Tarantino could make a good film out of a plot that might seem downright absurd. Not many people in their right minds could write a story as ridiculous and laughable as a group of Jewish guerilla soldiers looking to kill the Nazis and pull it off with such panache. Quentin Tarantino is someone who knows the audience’s pulse and gives them a thoroughly enjoyable film no matter how unrealistic the plot may seem. He gives what the audience wants and not the harsh and obvious realities that they are so tired of. His films usually follow the non-linear narrative structure and works brilliantly from it as he uses them to tell separate, interconnected stories while managing to keep the suspense intact.

Well, with ‘Once Upon a Time in Hollywood’ the speculation is rife that he might take another shot at changing the history. Don’t be surprised if you he changes the events of the now infamous night that led to one of the most horrific murders in American history. 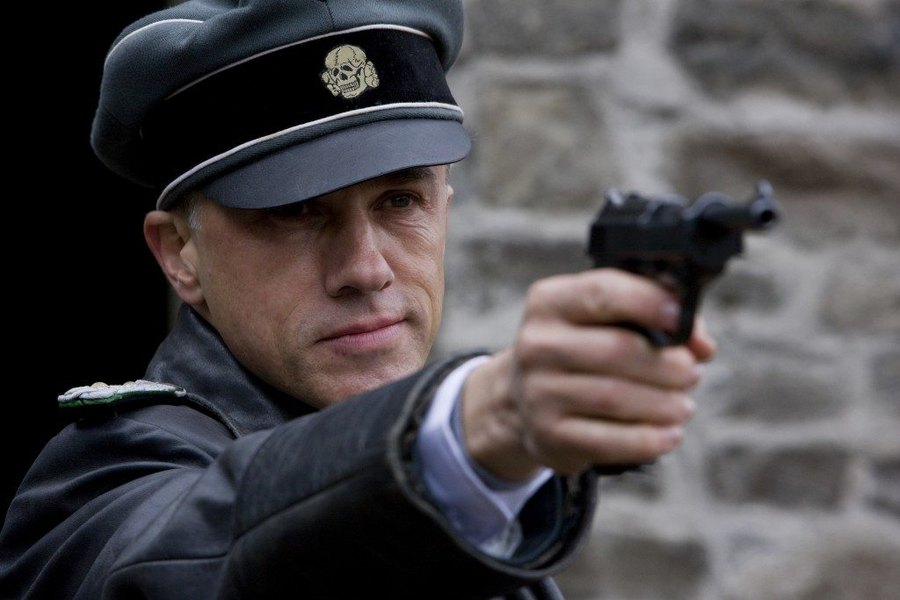 Every Quentin Tarantino film is replete with memorable performances. His brilliant writing skills have often resulted in him scripting some of the most well written characters in cinema. Tarantino gave us the unforgettable Hans Landa immortalized by Christoph Waltz, the bible-loving, badass gangster in Samuel Jackson’s Jules Winfield. The eerie, bizarre characters of his universe perfectly set the stage for actors to explore and have fun with their craft. The performances are often darkly funny portrayals of people that work well within the tone of his films. Actors like Samuel Jackson, John Travolta, Leonardo DiCaprio and Brad Pitt have all come up with blazing performances in his films.

Now look at the star-cast of ‘Once Upon a Time in Hollywood’. The movie is expected to feature Leonardo DiCaprio as Rick Dalton, Brad Pitt as Cliff Booth, Margot Robbie as Sharon Tate, Burt Reynolds as George Spahn, Al Pacino as Marvin Shwarz, Damian Lewis as Steve McQueen, Luke Perry as Wayne Maunder, Emile Hirsch as Jay Sebring and Dakota Fanning as Lynette “Squeaky” Fromme. Fireworks. All around fireworks. 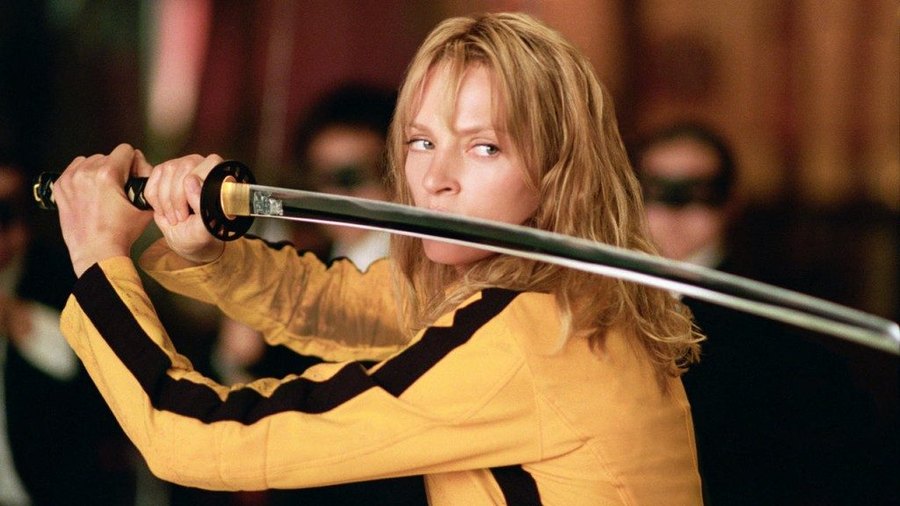 Tarantino once said in an interview on the violence depicted in his films, “Well, it’s a movie, it’s a fantasy and it’s not real life…..You watch a Kung-Fu movie and one guy takes on a hundred people in a restaurant. That’s fun.” The violence in his films work precisely for that very reason. Tarantino knows the human psyche inside out. Our dark, hidden fantasies are often reflected upon the cathartic violence depicted in his films. He stylizes violence in a manner that it looks incredibly exaggerated but are pure fun to watch. The lengthy action sequences in ‘Kill Bill’ with explicit blood and gore are not intended to disturb us rather they are shot so well that it gives this complete sense of cinematic bliss.

Picasso once said, “Good artists copy, great artists steal.” A quote that Quentin Tarantino understood well enough and has been using it for many years now. There is nothing in art that can be claimed as purely original. Every piece of work, in any art form is inspired from its previous works. Quentin Tarantino unabashedly displays his inspirations, incorporates every inspiring element in his films, forming a completely original style of his own for his cinema. He might not be the greatest filmmaker ever but he sure is one of a kind. And we shall continue to love his vision, his universe and his cinema.

Well, if there is one thing certain about ‘Once Upon a Time in Hollywood’, it is that the film is going to have violence.. and plenty of it. Rest be assured that Tarantino is not going to flinch when it comes to depicting violence in its most raw form. So, be prepared to witness some bloody scenes. We can’t wait!