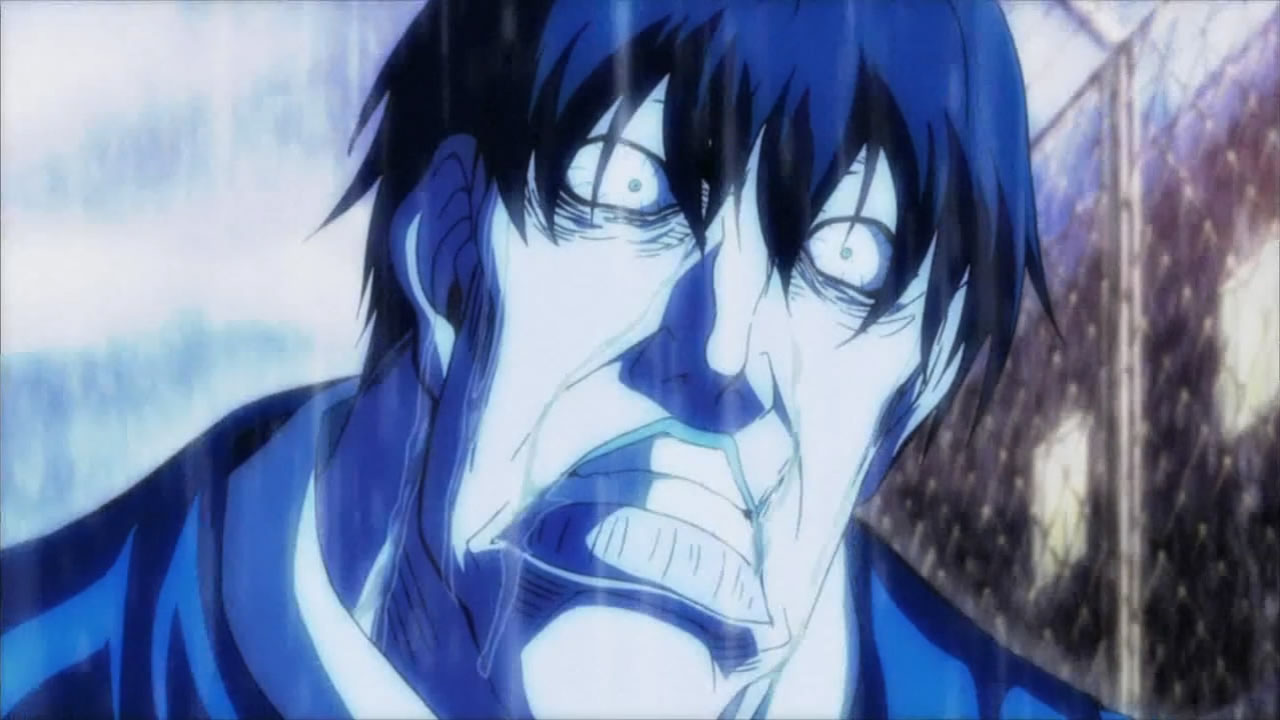 ‘Rainbow: Nisha Rokubou no Shichinin’ is an anime that is so engaging right from the beginning itself that you’ll almost forget to breathe. It was released during a time when pretty much every anime show had some flashy comedy/ridiculous feel just for the sake of giving the viewers a “Japanese vibe”. But this show has none of that and for the most part, it has a very serious tone. Most anime viewers are no strangers to the words “brutal” and “gore”, especially if one has seen shows like ‘Elfen Lied‘. But ‘Rainbow: Nisha Rokubou no Shichinin’ is unlike any of those shows and has a depressing vibe to it. It is indeed brutal and this brutality is not confined to extreme bloodshed.

Being a creation of Madhouse Studios, the animation has to be terrific and yet again, the studio refuses to let its fans down. Absolutely no bright colors have been used in the animations style apart from a few rare moments of sunlight backgrounds and blazing cigarettes. This dark setup perfectly suits the dank theme of the show and the music boosts the whole depressing overlay. Even the voices of the characters have a gruffness that again works really well with the theme.

Overall, from the description that I’ve given about the show, most people who haven’t seen it might just get terrified of the idea that the anime may be too dark for them. And though all of it does hold true, the main premise of the show revolves around the value of brotherhood and how friendship can deeply inspire young men to get through their toughest days. ‘Rainbow: Nisha Rokubou no Shichinin’ is definitely among my top highly recommended anime shows and anyone who has not seen it yet, is missing out big time.

Rainbow: Nisha Rokubou no Shichinin Season 2 Release Date: When will it premiere?

‘Rainbow: Nisha Rokubou no Shichinin’ Season 1 premiered on April 7, 2010 and ran until September 29, 2010. On MAL, the anime has received an excellent rating but what’s strange about it is that no one ever really talks about it. Despite being an exceptionally great show, it is not as popular as it should be. Even now, compared to other popular shows produced by Madhouse Studio, which includes ‘Death Note‘, ‘One Punch Man‘ and many others, ‘Rainbow: Nisha Rokubou no Shichinin’ seems to be unnoticeable by most people. Only a few rare groups of people who have seen it know its true value.

As mentioned earlier, Funimation previously had the legal rights for streaming the English Dub of ‘Rainbow: Nisha Rokubou no Shichinin’ but because of its low streaming numbers, it was removed from the platform. As of now, there are no other platforms where this show can be streamed legally. But if we get any updates regarding this, we will surely update it here in this section.

It’s the year 1955 in Japan and Mario Minakami has just been admitted to the Shounan Social Reform School along with 5 other teenage delinquents like him. All of them are there for serious criminal charges and get to be in the same jail cell. Here they meet an older inmate named Rokurouta Sakuragi, a former boxer, and soon they develop a very close bond with him. Under the guidance of the experienced man, the delinquents learn to survive and take a vow that they will meet again after completing their sentence. This gives their hopeless situation a sense of purpose and they find meaning in the hope that makes them believe they have something to look forward to once they leave.

‘Rainbow: Nisha Rokubou no Shichinin’ revolves around the life of these seven inmates who struggle to survive the harsh realities of the prison where a sadistic guard named Ishihara brutally humiliates them and tries to break their souls. Also, they must learn to live with the prison doctor, who goes by the name of Gisuke Sasaki; he is a pedophile who takes pleasure in violating young boys. Through all these gruesome conditions, the boys must stick together, in the hope that someday they will be free. But as things get worse for them in the prison, they soon start questioning if their life outside would be any less sorrowful.

Maeda Noburo is one of the seven boys at the Shounan Social Reform School who has been nicknamed turtle. He is the smallest guy in the group and also the most cunning one on the team. He has no fighting skills but he has a very strong jaw. He is 16 years old and has reddish brown hair with dark green eyes.

Mansaku Matsuura is a seventeen-year-old delinquent who has been nicknamed Cabbage. He has been detained in the facility for acts of violence and underage drinking. He has a huge body but he is actually the calmest among all the cellmates.

Mario is another one of the 7 inmates who, unlike other boys, has no nickname. He is 17 years old and has been detained for the infliction of injuries on a teacher who was trying to physically hurt a female student. Out of all the boys in the prison, he has the strongest will and he hates being looked down upon. A lot of times, he is the first one to fight against any injustice at the Reform School.

7-year-old Ryuuji Nomoto has been detained for con and theft at the Reform School. He is nicknamed Baremoto, which means “Uncovered”. Ryuuji is usually a silent observer and he is also quite smart. He wears glasses and has a very thoughtful look on his face all the time.

Rokurouta Sakuragi is another cellmate, who is 18 years old and is referred to as “An-chan”. He is really strong and single-handedly knocks down all the others when Mario starts a fight with him in the beginning. But even after this, he takes the blame on himself and even gets a brutal beating from the guard to protect the newcomers. This is when the boys realize that Rokurouta is actually on their side and he is the guy they should be looking up to in this harsh environment.

Tadayashi Tooyama is another 17-year-old inmate who has been nicknamed Heitei. He is detained for violence because he brutally struck his mother’s boyfriend and injured him.

Jou has been detained after inflicting wounds on to a person who tried to violate him. He is not really a strong guy and begs for mercy when Sakuragi starts lashing out on all of them.