Raised by Wolves Season 2: Everything We Know 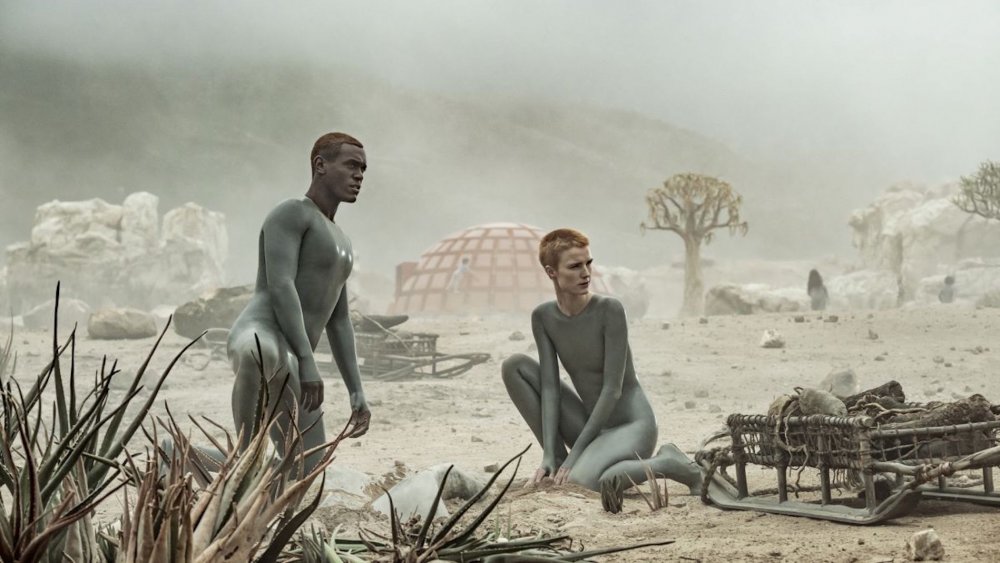 Created for HBO Max by Aaron Guzikowski, ‘Raised by Wolves’ first premiered in September 2020. The science-fiction drama television series revolves around androids called Mother and Father, who raise human children on the planet Kepler-22b after Earth has been destroyed. Complications arise when humans are torn apart by their difference in beliefs.

The series has garnered positive responses for its otherworldliness, performances, and juxtaposition of artificial intelligence and religious belief. The show raised the audience of HBO Max by a whopping 50% in the second week since its debut. There is no doubt that fans are eager for more. If you are looking for news about ‘Raised by Wolves’ season 2, you are in the right place!

With regards to the second season, we have news. The show was renewed for season 2 on September 17, 2020. However, a release date has not yet been revealed, given the various factors that determine the production schedule. We know that the creator Guzikowski had already outlined a second season soon after finishing work on season 1, even though the second season had not officially been greenlit. He took this chance to get a little lead time in case the series got renewed. Well, it seems like a good idea now!

In January 2021, actress Amanda Collin (who plays Mother) revealed that the second season is scheduled to film for six months in South Africa, starting mid-March 2021. Taking into account the elaborate post-production, it may be a while before the series graces our screens again. Therefore, it would be safe to say that we can expect ‘Raised by Wolves’ season 2 to release sometime in Summer 2022.

Our next mission is chartered. #RaisedByWolvesMax will return for Season 2. pic.twitter.com/C2gvC0WPfm

The upcoming season may also be shorter than the first, which has ten episodes. Guzikowski is unsure about the count but feels that eight episodes might be enough to convey the storyline. The creator shared that he already has a story arc spanning five to six seasons. He had drawn up an overall development deal with HBO Max before the series premiered, and he also has an idea of how he wants to bring the series to a close. So, we have a long way to go before we start getting anxious about the show coming to an end.

Raised by Wolves Season 2 Cast: Who can be in it?

Mother (Amanda Collin) and Father (Abubakar Salim) are the two androids on the planet Kepler-22b, reprogrammed to look after and protect human children. Campion (Winta McGrath) is the youngest child born from the embryos brought to the new planet and the only among them to survive. On Earth, Mary (Sienna Guillory) and Caleb (Jack Hawkins) murder a Mithraic couple Sue (Niamh Algar) and Marcus (Travis Fimmel) to assume their identities and appearances.

Paul (Felix Jamieson) is Marcus and Sue’s biological son, who Mary and Caleb raise as their own. Holly (Aasiya Shah), Hunter (Ethan Hazzard), Vita (Ivy Wong), and Tempest (Jordan Loughran) are all significant to the storyline. All the actors portraying these roles are likely to return since their stories remain open-ended in season 1. The creator of the show has also confirmed that new cast members will be joining the mix, which means we will be introduced to new characters.

Raised by Wolves Season 2 Plot: What can it be About?

In the final episode of the first season, Mother gives birth to a snake-like creature, much to her disappointment. When Father and Mother take the creature to the center of the planet to kill it, they accidentally discover the tropical side of the planet. Soon after that, the fast-growing serpentine creature escapes. The feral creatures turn out to be devolved humans, which hints that there was a human presence on the planet thousands of years ago. Paul hears a voice similar to what Marcus had been hearing, which results in him shooting Sue as he learns that Marcus and Sue are impostors.

The second season will look into what the future holds for Kepler 22-b. Now that Paul has started hearing the voice that Marcus used to, will he head down a similar path? Aaron Guzikowski teased that this will be an interesting angle to explore because there is a connection between who hears the voice. He also revealed that there are five pentagonal temples in all that hold answers to the mysteries of the Mithraic; therefore, we might come across the second temple in the upcoming season.

We will also learn more about the history of civilization on the planet and the devolved humans. Since Marcus has now become religious, it changes a lot of things, and we will see him redefining himself. The second season will also reveal what/who impregnated Mother and what the serpentine creature is. Marcus and Sue may also have to face some old friends they betrayed when they pretended to be Mithraic.