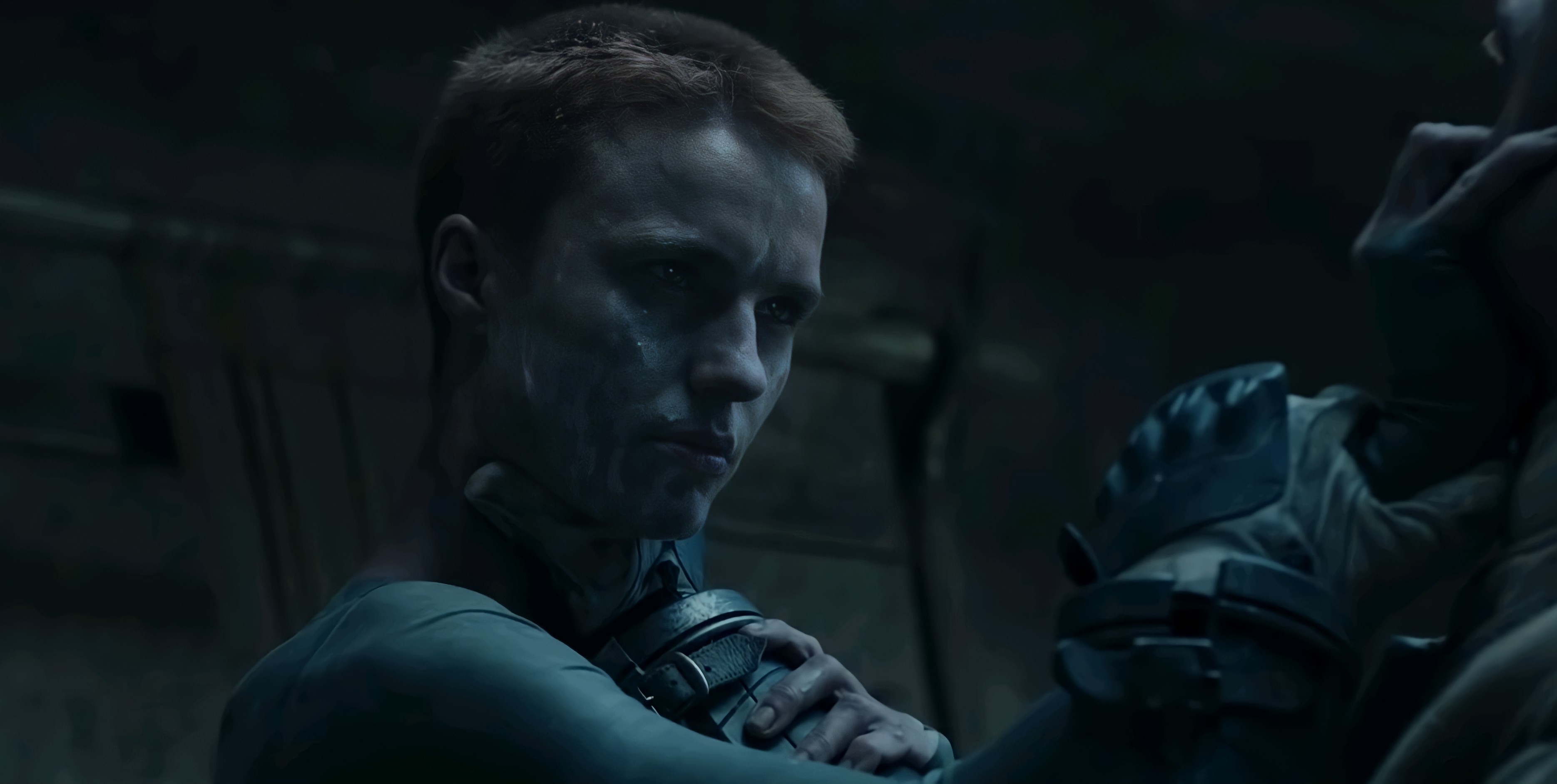 Created by Aaron Guzikowski, HBO Max’s science fiction series ‘Raised by Wolves’ follows two androids, Father and Mother, who are obliged to ensure the survival of the human race upon Earth’s destruction. With human embryos, they start to colonize the planet Kepler-22b, but only one child named Campion survives. The three of them get startled when they realize they are not alone on the planet. The series progresses through the conflicts between the family and the other survivors who cross paths with them.

Upon its premiere in September 2020, the series was received positively by critics and audiences alike. The show’s magnificent visual appeal and production design were highly praised, along with its apocalyptic commentary that addresses religion and artificial intelligence. The season 1 finale portrays an ambitious turn of events as it reveals an undiscovered part of Kepler-22b that could hold unknown secrets and challenges for the family to deal with. As the second season is gearing up for more adventures involving the known and the unknown, here’s what we have gathered about ‘Raised by Wolves’ season 2!

‘Raised by Wolves’ season 1 premiered on September 3, 2020, on HBO Max, with the season concluding on October 1, 2020. The first installment comprises ten episodes with a runtime of 42-55 minutes each.

As for the show’s sophomore outing, here’s what we know. On September 17, 2020, HBO Max renewed ‘Raised by Wolves’ for a second round. According to sources, the filming for the new season began in March 2021, and the crew returned to South Africa to shoot. As shared by Jennifer Saayeng (Nerva), who joined the cast for the second season, the filming wrapped up in August 2021.

With that being said, fans who have been eagerly waiting for the “family saga” to unfold can get ready for the upcoming installment to arrive soon, as HBO Max confirmed an early 2022 premiere for the second season. Taking everything into consideration, we can expect ‘Raised by Wolves’ to release sometime in Q1 2022.

Raised by Wolves Season 2 Cast: Who is in it?

The main cast will be joined by a bunch of newcomers for the second season. Peter Christoffersen has joined the cast as Cleaver, who fought in the great war on Earth as an Atheist soldier. Selina Jones will be seen as Grandmother, a god-like android built by the lost civilization that previously inhabited Kepler-22b. Morgan Santo (‘The Watch‘) has joined as Vrille, a humanoid android built to appear and behave as the real Vrille Pell did before her suicide.

James Harkness (‘The Victim’) will portray Tamerlane, another Atheist army grunt soldier who fought against the Mithraic on Earth. Kim Engelbrecht (‘Dominion’) joined to play Decima, a renowned scientist and weapons developer on Earth. Jennifer Saayeng (‘Cursed‘) will feature as Nerva, an Atheist woman who runs an underground network of goods and services on Kepler-22b.

Raised by Wolves Season 2 Plot: What can it be About?

In the season one finale, the truth about Marcus and Sue gets revealed, inciting Paul to kill Sue. Mother gives birth to a flying snake instead of a humanoid, which plunges them into despair and concern. An unhinged Marcus encounters a group of Atheists and kills them, as an Atheist ship arrives on the planet in search of shelter. Mother and Father take a heart-wrenching decision to die by suicide along with the snake-like baby so that the human children remain safe. But their plan fails as they seemingly crash in the Tropical Zone, where they witness the baby snake growing uncontrollably.

Season 2 is expected to pick up from where the first season ends. Mother and Father may have to get familiarized with their new environment, which could possibly pose a threat to them and their children. With the snake on the loose, their safety will be jeopardized beyond recovery. The second season may further explore the conflict between the Atheists and the Mithraic. It would be interesting to see whether the war on Earth will have its continuation on Kepler as both groups of people may be forced to co-exist. As for Marcus, he may have to reimagine his want for control in a new atmosphere and with greater obstacles ahead.

Read More: Where is Raised by Wolves Filmed?