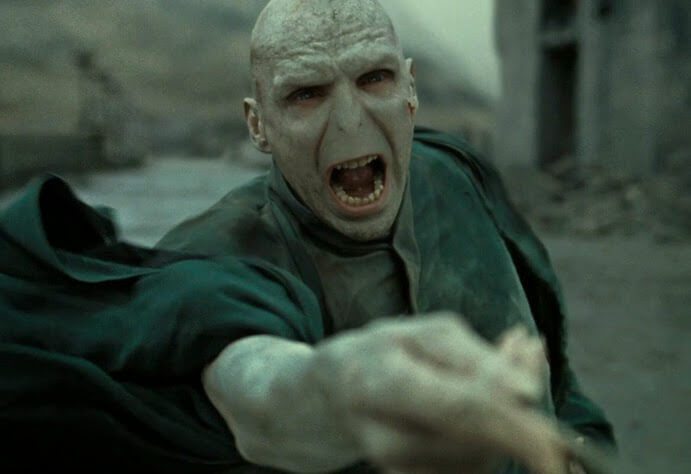 Ralph Fiennes recently revealed that he almost turned down, playing the role of Voldemort in the largely popular ‘Harry Potter’ franchise, when he appeared on ‘The Jonathan Ross Show’ this Saturday, March 16, 2019. On the show, Fiennes confessed that his sister had to convince him to take the part.

Fiennes explained, “The truth is I was actually ignorant about the films and the books. I was approached by the production. Mike Newell was directing the film that they wanted me to be in… the first time Voldemort was going to appear physically. Out of ignorance I just sort of thought, this isn’t for me… Quite stupidly I resisted, I was hesitant. I think the clincher was that my sister Martha – who has three children who were then probably about 12, 10 and 8 – she said, ‘What do you mean? You’ve got to do it!’ So then I rewound my thinking.” For those unaware, Fiennes is talking about ‘Harry Potter and the Goblet of Fire’ here. This was the first time Voldemort is seen in physical form in the series when he is brought to life during the Triwizard Tournament, with the help of dark magic, by his loyal follower Peter Pettigrew.

We, for one, are sure glad that his sister convinced him to take up the part because Voldemort was portrayed to a degree of terrifying accuracy by Fiennes in the subsequent ‘Harry Potter‘ movies which include, ‘Harry Potter and the Order of the Phoenix’, and ‘Harry Potter and the Deathly Hallows Parts 1 & 2’. Fiennes did not disappoint and he also went on to discuss in the show how he tried to make the character as scary as possible. When asked by the host whether he tried to tone down the menace in Voldemort, considering that the ‘Harry Potter’ movies were for a large part targeted at children, Fiennes answered in the negative. He also went on to describe why he felt his portrayal was a success. On the set, Fiennes looked so scary as Voldemort that he managed to make the son of the script supervisor burst into tears, the moment the little boy spotted Fiennes walk by in his basic Voldemort makeup.

While we reminisce about one of the most iconic villains of our childhood, Fiennes himself will be appearing in the next ‘Bond 25’ movie, where he will reprise the role of M, the head of the MI6. He is also appearing in films like ‘Kingsman: The Great Game’, a spin-off of the ‘Kingsman’ movies, and ‘The Voyage of Doctor Dolittle’ which has an impressive cast including Robert Downey Jr., Rami Malek, and Tom Holland.

As far as Fiennes’ involvement in the ‘Harry Potter’ franchise goes, there is little chance of seeing him in films for the considerable future as the ‘Fantastic Beasts’ spin-off will firmly focus on the rise of dark wizard Gellert Grindelwald, portrayed by Johnny Depp. Those familiar with facts of the Harry Potter universe will know that there will inevitably be a final showdown between Jude Law’s Dumbledore and Grindelwald, which is what the spin-off franchise is building towards. Speaking of Dumbledore and Grindelwald, fans might be interested in knowing that J.K. Rowling, on whose books the entire franchise is based, recently revealed that there was a sexual side to the relationship between Dumbledore and Grindelwald. This, of course, follows her previous declaration about Dumbledore being gay. Rowling said of the relationship, “It was passionate, and it was a love relationship. But as happens in any relationship, gay or straight or whatever label we want to put on it, one never knows really what the other person is feeling. You can’t know, you can believe you know. So I’m less interested in the sexual side — though I believe there is a sexual dimension to this relationship — than I am in the sense of the emotions they felt for each other, which ultimately is the most fascinating thing about all human relationships.”