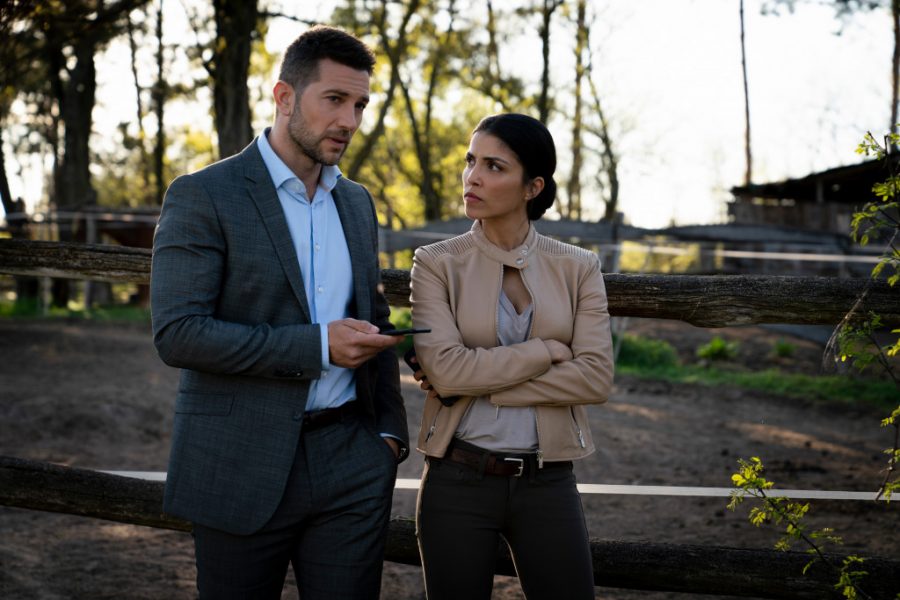 ‘Ransom’ is a crime suspense drama series that airs on CBS. It first premiered on January 1, 2017. The series has been created by David Vainola and Frank Spotnitz. It is an internationally co-produced series between Canada’s Global, USA’s CBS, France’s TF1 and Germany’s RTL. For those interested, in Germany, the show airs on the sister network VOX. Entertainment One, Big Light Productions, Sienna Films, Wildcats Productions, and Corus Entertainment are the companies backing the project while Frank Spotnitz, David Vainola, Jennifer Kawaja, Julia Sereny, Valerie Pechels, and Odile McDonald are on board as the executive producers.

The filming for the show has taken place all over the world, including Toronto in Canada, Nice in France, and Budapest, Hungary. While the show has garnered a loyal fan base, it has not done too well with the critics with The Hollywood Reporter simply terming the show as ‘mediocre’.

Ransom Cast: Who is in it?

The cast of ‘Ransom’ is led by Luke Roberts who plays Eric Beaumont, the experienced crisis and hostage negotiator. Nazneen Contractor plays Zara Hallam, who is the leading investigator of the team. Brandon Jay McLaren plays Oliver Yates who is a psychological profiler. Sarah Greene plays Maxine Carlson, Beaumont’s second in command. She leaves the team after one of the situations escalate and she is forced to use lethal force against the perpetrator. Karen LeBlanc plays Cynthia Walker, who eventually replaces Maxine on the team.

Ransom Plot: What is it about?

The story of ‘Ransom’ is set in a world of international crisis, where a guy named Eric Beaumont (Luke Roberts) is a hostage negotiator. He forms his team and solves ransom and kidnapping cases which mainly involves the most powerful and dangerous criminals all around the globe. With his elite team, he is ready to fight with criminals and save innocent lives. He can do what no one else can, as he can perceive and understand the criminals better than they know themselves. He has this strange instinct and uses his insight into the human mind to solve the toughest ransom and kidnap cases.

The show is inspired by professionals and real-life hostage negotiators and experienced crisis handlers known as Marwan Mery and Laurent Combalbert. They are one of the top negotiators who travel around the world to help secret agencies and government in resolving conflicts. Their aim is to help multinational corporations as well as government agencies in complex negotiations as well as conflict resolution.

What stands out most about ‘Ransom’ is the deeper pattern that the premise of the show suggests, vis-a-vis, the need of private individuals or private agencies to do things that society has already entrusted to official agencies that are not privatized. It seems to put across the message that sometimes private contractors can get the job done better, and more cleanly. Perhaps this is why the team in the show is sent in when the negotiations need to be low-key, and they are expected to handle it more delicately than law enforcement could. However, this is in no way, a major aspect of the show, although it could have made for a rather fascinating theme. Coming to the characters themselves, their backstories have the potential to be exciting but the portrayal is rather uninteresting and predictable.

However, the success of ‘Ransom’ is due to viewers endless appetite to probe into the psychology of those involved in the criminal justice system, be it the perpetrators or law enforcement. The innumerable police procedurals and detective shows on television should be ample proof of that. Nonetheless, this series stands out in its own right as it takes us into the minds of the perpetrators, and thanks to a character like Oliver Yates, we get to have an inkling about the psychological profile of the criminals and understand better about the motivations of their actions.

However, if we are to talk about the psychological profile of criminals as a major aspect on a CBS show, one cannot help but draw a comparison to the long-running, and if I may say so, infinitely better series, ‘Criminal Minds‘. While the latter breaks down the criminal psyche and corroborates it with the actions of the criminal, here we have Yates spouting psychology as Beaumont prepares himself to save the day yet again. The series is intense at all times since the situations introduced to the viewers are always high stakes situations, and these are not scenarios that can be dealt with force. It requires a calm head when everything around the people involved begins to fall apart. This is where our team of experts come in.

Hopefully, if another season happens, we will get to see more of the characters’ backstories, which is probably one of the key aspects in making a story successful. Furthermore, we hope to see more highly volatile situations, and a show like this could really benefit from an archnemesis, someone who is an expert at creating conflict and hostage situations while remaining behind the scenes. It is not without reason that people say that every hero’s tale needs a villain, and to be honest, for now, ‘Ransom’ could be saved by the appearance of a menacing villain to challenge this team of professionals.

Ransom Season 4 Release Date: When will it premiere?

‘Ransom’ Season 3 premiered on February 16, 2019. As far as the next season goes, we have bad news for the fans. On July 3, 2019, CBS announced the cancellation of the show. Considering the declining viewership of the show, it was expected that CBS may not continue for another season. Though, fans should not lose all their hopes. There’s still a possibility that some other network picks up the show. If that happens, we will update you about ‘Ransom’ Season 4 release date.

While we wait for any positive news on ‘Ransom’ Season 4, check out the season 3 trailer to refresh your memories. If you haven’t seen the show yet, head over to CBS to catch all the episodes of the previous seasons.