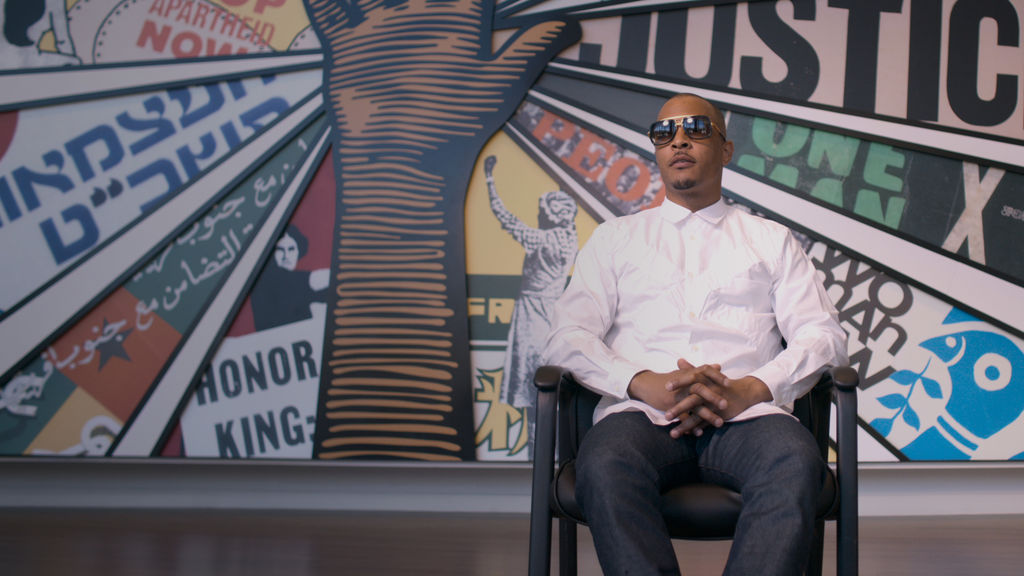 America is home to some of the biggest and most successful music artists of all time, but a relatively new breed of artists who have taken the music scene by storm are hip-hop artists. In order to capture the lives of hip-hop artists and analyze the impact of this revolutionary movement in music on global culture, Netflix has put together a series called ‘Rapture’ which features some of the biggest hip-hop stars of today.

A pretty new show, Season 1 of ‘Rapture’, consisting of eight episodes, premiered on the streaming service on March 30, 2018, and was received largely positively by television critics, viewers, and hip-hop fans alike. The series showed great promise and unsurprisingly there’s talk about a second season to accommodate even more artists and show their lives and their impact on culture. Here’s all that we know about Season 2 of ‘Rapture’.

Rapture Cast: Who is in it?

The star-studded cast for the first season included Logic, Nas, Dave, East, T.I., G-Eazy, 2 Chainz, Rapsody, Just Blaze, and A Boogie Wit Da Hoodie. All of the artists featured separately in different episodes and spoke about the impact of hip-hop on global culture.

If Season 2 were to happen, the cast would definitely include high-profile hip-hop artists, similar to the first season. Currently, because we have no confirmation about the renewal of the show for Season 2, we can’t make concrete assertions about the cast and there’s no point in speculating.

Rapture Plot: What is it about?

‘Rapture’ takes a look at the impact that hip-hop has had on global culture by diving into the lives of some of the genre’s biggest artists. Each episode focuses on a particular performer, following them while they spend time with friends and family, and while they are out on tour performing for legions of fans and followers. While this is the basic format of the show, not all episodes are of equal quality or thrust, owing to the fact that each is directed by a different director and not all of them manage to make the best of the subjects of their study.

Some episodes in the show truly stand out. For instance, the episode on Rapsody, who happens to be a female rapper, captured her struggle and the long, arduous, and multi-layered process she had to go through to be taken seriously by the who’s who of the hip-hop industry and its fans. It brought out the sexism in the industry and among hip-hop fans who, despite Rapsody’s commendable achievements, continue to troll her on social media for not being hot enough. Even the episode on genre legend Nas was a stand-out performer and focused on the veteran hip-hop artist’s belief that power means freedom, and freedom means being able to help bring up other, younger hip-hop artists. It also tied in nicely with Nas’ own life of mentorship, wherein he has mentored younger artists like David East.

In contrast to such episodes, some episodes in the show aren’t all that great – they’re superficial, generic, and even banal at times, and fail to capture intriguing aspects about hip-hop artists’ lives and their worldviews. That being said, the first season of ‘Rapture’ has made a promising start and subsequent seasons, if commissioned and made correctly, can provide viewers with much more in-depth knowledge on the hip-hop industry and its influence on global culture.

There’s another thing that needs to be mentioned when talking about the show. Although ‘Rapture’ is about the hip-hop industry in the US at large, the artists featured in the show are mostly from the East Coast, so there’s not much geographical diversity when it comes to the artists’ backgrounds. If the show does get renewed for a second season, we’re all hoping to see some West Coast figures take the mic.

Everything said and done, television critics have mostly had positive things to say about the show, barring a few exceptions. For instance, Daniel Fienberg of The Hollywood Reporter called the show “inconsistent, but still full of delights for rap fans”, and concluded by saying, “I hope a second season spends more time with producers, and brings in at least one Los Angeles rapper. There’s a lot of ground to cover, and the first eight Rapture episodes are a promising start.” The Telegraph, however, was not particularly impressed by the show, and compared it to the hip-hop documentary called ‘The Defiant Ones’, writing, “And while Rapture doesn’t quite boast the same HBO-level budget, but it’s hard not to compare the two and find Rapture lacking.”

On review aggregator website Rotten Tomatoes, ‘Rapture’ boasts a good score of 83%. Viewers, too, seem to be happy with the show, and it enjoys a good rating of 7.3/10 on IMDb.

Rapture Season 2 Release Date: When does it premiere?

‘Rapture’ Season 1 premiered on Netflix on March 30, 2018. In the time that has elapsed since then, Netflix has not made any renewal or cancellation announcement pertaining to the show, and owing to the fact that Netflix does not reveal viewership or TV ratings to the public, it is difficult to predict whether ‘Rapture’ will return for a second season.

That being said, we expect Netflix to renew the show, considering that there’s neither any dearth of hip-hop artists, nor is there any dearth of hip-hop fans. Our best guess is that if the show does get renewed, ‘Rapture’ season 2 can release sometime in October 2019. We will update this section as soon as we hear more.