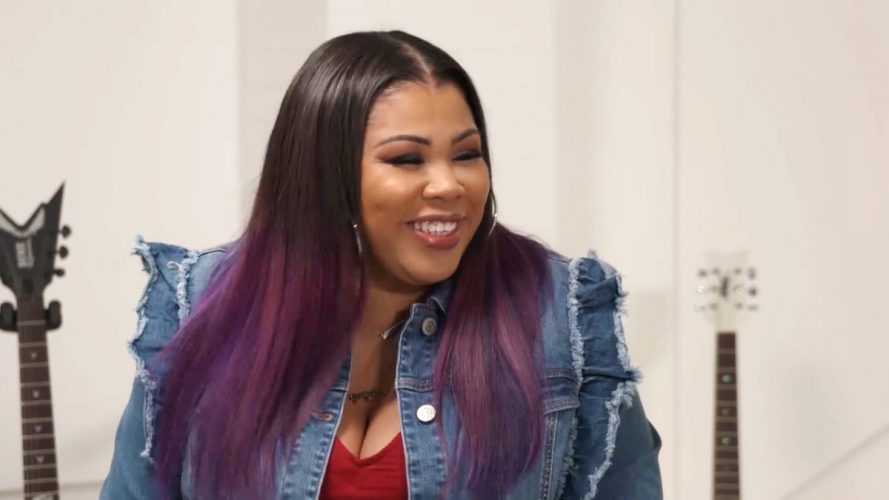 To get the ball rolling with some trivia: the longest-running talk show ever was NBC’s The Tonight Show. It first went on air in 1954, and it continues to remain a beloved NBC programming staple all year round to this day. Television programming as we know it started perhaps somewhere in the mid-1930s, and by the time they attained the status of a widespread public entertainment system (talking somewhere along the mid-40’s), talk shows had already been an often-featured broadcasting staple. Needless to say, such a long-lasting format has seen undergone stratification and specializations to the many forms of talk shows today.

Raq Rants is, in this vein, a more lightweight talk show on BET with TMZ’s Raquel Harper as the host who interviews celebrities in a bid to find out the truth behind headlines. The show is an extension or re-imagination of an existing web on Youtube, and has much more in common with the more traditional format of late morning talk shows than standard entertainment news shows.

Raq Rants Cast: Who’s in it?

As suggested by the name, Raq Rants stars Raquel Harper herself as more than just a host of the talk show. She is the central figure in not just bringing the show to life but also catering perfectly to the target demographic that BET (Black Entertainment Television) focuses on. The first ever black-controlled TV Network, BET was the first of its kind to be listed on the New York Stock Exchange, way back in 1991, and has always focused on being the voice for its community — the young African-American. It boasts an all-black crew as well as almost all African-American hosts.

‘Raq Rants’ star Raquel Harper is a well-known, charismatic public figure in her own right with a long and impressive career on TMZ and TMZ life, as a presenter and more. She has a history of reporting and commenting on some of the most important hip-hop stories in the past few years and brings that experience to ‘Raq Rants’ with its many famous hip-hop guests. In short, the show rides on the talents and the superb professionalism of Raquel to offer a unique and quirky imagining of the age-old talk show. So far, ‘Raq Rants’ is still in the fairly modest beginning stage when compared to some of the big scene talk-shows out there, which have been running for years, even decades. However, it shows all the promise of joining the big leagues soon.

Raq Rants Plot: What is it about?

The series follows the basic traditional structure of a talk show and makes a point of holding on to its core features, rather than lose them in a bid for “newness”. ‘Raq Rants’ has previously existed in the form of an offshoot web-series as a sort of makeshift quick space created for the odd one-on-one interview by the host. The current TV show has started off with a much more relaxed tone, and a far less frenetic pace, with only 2-3 guests per episode, allowing the time and headspace for intimate and more personal conversations. The advantage of the pace and tone shift is that the new format allows the opportunity to reveal many unexplored insights into the lives and minds of the celebrities in focus.

In ‘Raq Rants’, Raquel interviews some of the biggest names – often black –in the fields of in television, movies, music, and sports. ‘Raq Rants’ also covers happening events in the news and follows and annotates pop culture. “Raquel’s voice is strong and unapologetic,” said Harvey Levin. “She has a world view of life and is fearless about expressing it. I’ve rarely met anyone who can move a conversation along in such an authentic, entertaining, interesting and informative way as Raquel.”

BET networks first aired ‘Raq Rants’ on October 23, 2018, and has so far brought us 12 half-hour episodes of Raquel interviewing many famous names. Raquel Harper has been a fairly big name with TMZ over the years and has dovetailed very well with their focus on breaking news and personalities. By 2014, she had a dedicated fan base and was soon given her own spin-off, giving her more creative freedom. This is how ‘Raq Rants’ came into being, and soon took off as one of the most popular talk-show series out there today. Since then, she has spoken to many of the biggest names in current popular culture. And continues to “deliver the real.”

Raq Rants Season 2 Release Date: When will it premiere?

‘Raq Rants’ Season 1 premiered on October 23, 2018. As far as the next season goes, we don’t have an official announcement yet. Though considering that show targets specific demographic and has done relatively well, we would be surprised if it doesn’t get another season. Our best guess is that if the show does get renewed, ‘Raq Rants’ Season 2 can release sometime in October 2019. We will update this section as soon as we hear more.

As there hasn’t been any announcement yet, we do not have a trailer for ‘Raq Rants’ Season 2. But you can watch a clip from season 1 here.