When Will ‘Raven’s Home’ Come Back on Disney? 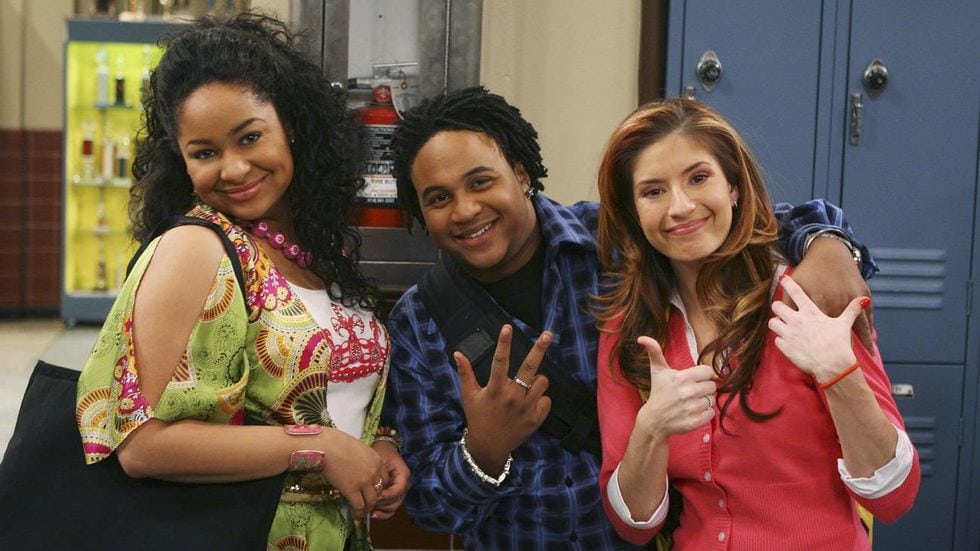 ‘Raven’s Home’ is an American family sitcom television series that airs on the Disney Channel and first premiered on July 21, 2017. The show has been developed by Jed Elinoff and Scott Thomas, which is a spinoff and a sequel to ‘That’s So Raven’; based on the characters created by Michael Poryes and Susan Sherman. Notably, it is the second spin-off of the hit tv series after ‘Cory in the House’.

‘That’s So Raven’ is one of Disney’s most acclaimed shows and follows the story of Raven Baxter, a gifted teen with psychic abilities who relies on her talents as a fashion designer, ingenuity, as well as a variety of disguises, in order to get in and out of various amusing adolescent and pre-adolescent situations. On the other hand, ‘Cory in the House’ focuses on Raven’s brother Cory Baxter who moves from San Francisco to Washington DC when his father lands the job as the head chef in the White House.

Since the show is a spin-off of a wildly popular Disney series, there was never any trouble in attracting fans. However, over the seasons, ‘Raven’s Home’ has proved its merit and garnered a loyal and steadily growing fan base of its own. It also received positive reviews from the critics and was praised for the charm and the energy of the actors, the characterization of Raven and Chelsea, the performances from the kids, and its entertaining premise.

The show has spanned three successful seasons to date. Here’s all we know about ‘Raven’s Home’ season 4.

Raven’s Home Cast: Who is in it?

The cast of ‘Raven’s Home’ is led by Raven-Symoné as Raven Baxter, who is the single mother of Nia and Booker. Baxter has a job as a fashion designer for dogs and also as a driver for a rental car service. Before the series, it was already revealed that Raven had divorced Devon Carter, an ex from high school, and lived with her friend Chelsea and her son in Chicago. She still possesses her psychic powers which allow her to glimpse into the future, and though she initially withholds this information from her children, fearing they will not understand it, she later comes clean to them.

Issac Ryan Brown is seen in the role of Booker Baxter-Carter, who is Raven’s son and also possesses psychic powers. When Booker has his first vision at school, he decides to hide the fact from his mother, unsure of whether she will believe him. He is, of course, unaware that Raven too possesses the same powers. They both come clean around the same time on the show.

Nia, the twin without any powers, is played by Navia Robinson. Initially, Nia is skeptical about believing Booker’s powers but when he foresees that she will get hit with a boxing bag and it comes true, she begins to believe him.

Anneliese van der Pol is seen as Chelsea Grayson, Raven’s sweet and a little dimwitted friend. It is revealed beforehand that she made a lot of money by inventing an infomercial product called the ‘Schmop’. Her husband stole her fortune. However, her husband was arrested for tax evasion, only to end up having an affair with the federal agent. Naturally, Chelsea divorced him and reclaimed some of her money.

Chelsea has a son named Levi, who is played by Jason Maybaum and is shown to be very mature for his age, often playing the role of the adult in his relationship with his mother.

There are several other recurring and guest stars who have appeared over the seasons, but the most notable one would be Brian George, of ‘Seinfeld’ and ‘The Big Bang Theory‘ fame, who appears as a telekinetic and clairvoyant scientist, Dr. Sleevemore. He helped Raven during two of her psychic problems when she was in high school and also helped Booker when he froze mid-vision.

When season 4 happens, all of the lead cast is expected to reprise their original roles.

Raven’s Home Plot: What is it about?

‘Raven’s Home’ revolves around Raven Baxter who lives with her two children and her friend Chelsea and her son, Levi, in an apartment in Chicago. Although she is a psychic, she definitely could not have seen what happens in her life. Over the seasons we see that Raven Baxter and the whole family learn that her pre-teen son Booker has inherited her ability to catch glimpses of the future.

Like his whole-hearted and watchful mom, Booker can only peek at what’s to come, but it’s enough to drive both of them to interfere with the anticipated outcome. His ability to see brief visions of the future are nascent as well as uncontrollable and often seem to collide with Raven’s own visions, setting in motion madcap escapades for the entire extended family.

Booker is unpretentiously cool; his twin sister Nia is independent and eager to lead; they have a uniquely special “twin bond” yet squabble like most siblings. Both rely on the insightful motherly witticisms and uninhibited silliness from Raven (a fashion designer who is going through a job-transition).

The show sets itself apart by having plenty of shenanigans, a special mother-son bond between Booker and Raven due to their abilities, and there are some sweet moments between Chelsea and Raven that must please the fans of the original show, who are witnessing their favorite characters return. As a YA or young adult spin-off, this series is a splendid watch.

Season 3 of the show focuses on Booker, Nia and her friend Tess, forming a band called Chi-Lective and asking Levi for help to shoot the video. Chelsea finds purpose as a life coach while Raven remains determined to launch her own fashion line. The Chi-Lective crew is all focused on winning the Radio Eclipse Live Contest. And toward the end, we see them as they reach their individual successes.

In season 4, we will follow the characters as they continue to further their creative dreams while Raven’s and Booker’s glimpses of the future regularly keep on adding to the chaos.

Raven’s Home Season 4 Release Date: When will it premiere?

The great news for fans is that the show has already been renewed for a fourth season by Disney. That should tell you how much of love the show has received over its last three seasons.

Kory Lunsford, vice president of the current series for Disney Channel stated: “Raven is a huge part of the Disney Channel family and ‘Raven’s Home’ continues to serve our audience with the comedy, heart, and relatability that they want to see on TV. We have much more in store for the Baxter family and their household and can’t wait for new stories to unfold in season four” — as reported by Variety.

Disney has not announced a release date yet but the makers have confirmed that the show is gearing up for a 2020 debut. If things fall in place and the channel sticks to its regular summer release schedule for the series, ‘Raven’s Home’ season 4 should most likely premiere sometime in June 2020.

While we wait for an update on season 4’s release date, you can watch the trailer for season 3 below: