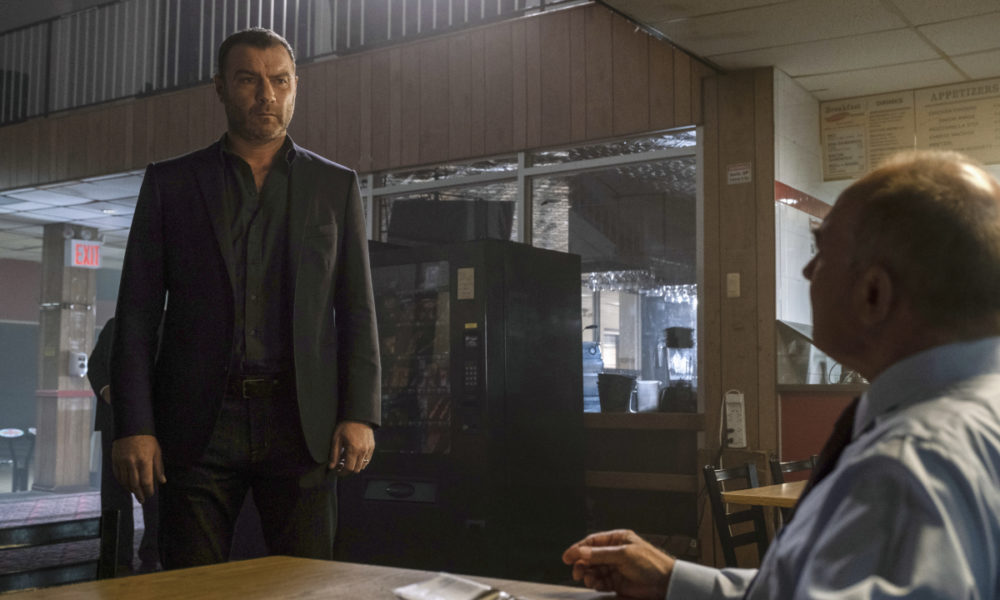 Showtime has a vast repertoire of fascinating shows, among which is ‘Ray Donovan‘. Currently, the series is on the seventh season and has managed to only increase the levels of intrigue that it commanded right from the start. The crime drama managed to break all the viewership records when it aired, becoming the biggest premiere of all time on the network.

This is not surprising since Liev Schreiber with his star power happens to be the protagonist of the show. Basically the premise rests on the aspect that rich and powerful people do not like to get their hands dirty directly. In these cases, they call a specialist, Ray Donovan, who operates in the grey area between right and wrong, obtaining desired results for his clients. Hailing from South Boston, Donovan works for a Los Angeles law firm, Goldman & Drexler, which represents the rich and famous. Donovan has his hands in many pies including bribery, threats, and payoffs, whatever is needed to get the job done.

As we head towards the midpoint of the new season, you must be excited about how ‘Ray Donovan’ is unfolding. However, before we recap the latest episode for you, let us walk you through where and when to see the show.

Ray Donovan Season 7 Episode 5 Release Date: When Will It Premiere?

Episode 5 of the latest season of ‘Ray Donovan’ is expected to air on Sunday, December 15, 2019, at 8 p.m. ET on Showtime. The episode has been titled ‘An Irish Lullaby’ and has Dash Mihok attached as the director, while Jim Leonard and Kelly Wiles serve as the writers.

From what we are given to understand, the upcoming episode will see Ray and Terry headed to Coney Island, to find Ray’s car, following Feratti’s show of force. Mickey, Daryll, and Sandy will continue digging for the truth about the 1977 heist, while Smitty seeks revenge on Adam Rain.

‘Ray Donovan’ is a Showtime series, so the best way to see it would be to subscribe to the channel. However, if you happen to be a cord cutter and do not have a cable subscription, you can watch it on Showtime’s online platform. Viewers also have the option of adding Showtime to their existing packs on Amazon Prime or Hulu, in order to access all their content, including ‘Ray Donovan’.

That’s not all because Showtime, the CBS owned platform, can be accessed through a host of other providers, including Apple Tv App, AT&T Tv, Fubo Tv, The Roku Channel, Sling, and YouTube Tv.

The past seems to be back to haunt Ray Donovan and people close to him, in this episode as well. At first, we see an intense moment in the present as Bunchy attempts to reach out and talk to the mother of the kid he shot. Obviously, he is looking for some sort of reconciliatory acceptance, but none is forthcoming. The mother lashes out at the kid. He tries to find some solace in a Knights of Manhattan meeting, which is filled with white supremacists. Bunchy does not take to their message, because deep down, he is not that terrible a person.

Ray, meanwhile realizes that Jim Sullivan will have to be involved in one of his dealings when Feratti makes his move. He wants to be paid $9 million and gets Ray’s car towed as a show of force. Terry meanwhile ponders on whether his alternate treatment is working, or if he should just kill himself. In one of the more surprising turns, we see Bridget stepping somewhat into Ray’s shoes when a situation requires a bit of deft fixing. There is a moment of bonding between parent and child when Ray realizes that his daughter has picked up some tricks from him, along the way.

Speaking of tricks, Mickey seems to have stayed back in town, instead of going to the Maldives. He is looking for a new racket, and an old heist might be the answer. He reaches out to Claudette and goes off with Daryll, promoting Claudette to go to the law with information about her former lover. With Ray’s business and personal dealings getting complicated with the involvement of Sullivan, we cannot wait to see how the remaining episodes play out.