Where to Stream Ready or Not? 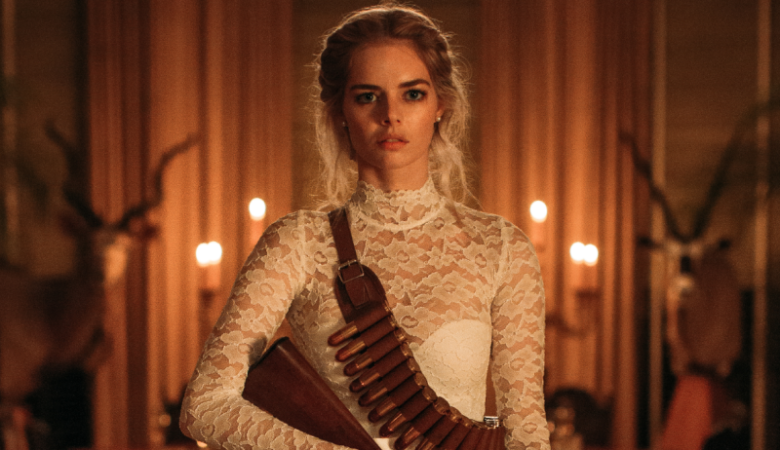 Marriages across cultures stick to different kinds of traditions, but perhaps none as strange as the one we see in ‘Ready or Not’. The black comedy–horror movie from Matt Bettinelli-Olpin and Tyler Gillett turns up the thrills and chills as a game with the in-laws takes a deadly turn. Basically, a newlywed finds herself being hunted by the spouse’s family as part of the wedding night ritual. To make matters worse, they plan on killing her before daybreak.

Having debuted at the Fantasia International Film Festival, the movie released in theaters on August 21, 2019. Upon release, it has been praised by critics, both for the performances and also for the way it balances humor with elements of horror. Naturally, now you must be wondering where you can catch the movie. But before we tell you that, let us walk you through the plot of the film.

What is Ready or Not About?

‘Ready or Not’ focuses on the Le Domas family that has played a game for generations on the wedding nights. The new additions to the family have to play the game. In a flashback years ago, we see Alex and Daniel, children in the family, witness the death of a man named Charles, who had just married his aunt, Helene.

Thirty years later, Alex marries Grace at the Le Domas estate. By this time, he is estranged from his family. However, the family has an initiation process for Grace and at midnight, she has to draw a card from a mysterious wooden box and play the game that is mentioned there. The other people participating in the tradition are Alex, Daniel, their parents Tony and Becky, Daniel’s wife, Charity, Alex’s drug-addicted sister, Emilie, and her husband Fitch Bradley. Helene, Tony’s older sister, is also part of the game. Tony explains how his great-grandfather Victor Le Domas had a deal with a gentleman called Mr. Le Bail who promised to build the family fortune if the Le Domas family established the tradition.

Grace draws the card that says ‘hide and seek’ and she believes the game to be harmless. She hides in the estate while the rest of the family members along with Alex arm themselves with antique weapons to hunt her down. However, Alex has no intention of killing Grace. He wants to allow her to escape but could not tell her about the game beforehand for fear she would leave him. He tells Grace how the Le Domas family believes that they have to kill her before dawn in order to save themselves from a curse. It is further revealed that Mr. Le Bail, who made the deal initially, might be Satan or some kind of demon.

Alex tries to disable the estate’s security while instructing Grace to escape through the kitchen. There are a couple of casualties as the family starts the hunt. However, they turn out to be maids employed in the Le Domas household. Grace also comes across Daniel, who shares Alex’s viewpoints, and decides to let Grace escape. However, she is not so lucky when she comes across Stevens, the family butler. Grace eludes him somehow while Alex manages to disable the security. However, his betrayal is discovered and he is captured. Grace tries to escape and sustains some injuries; Stevens goes after her. While the newlywed incapacitates the butler at first, she decides to kill him when he returns for another confrontation.

Ultimately, it is Grace against the entire family, so she is caught and brought back to the house where the family tries to sacrifice her as part of a satanic ritual. Daniel, however, has another surprise up his sleeve. Tired of his family’s tradition, he believes they should die, so he adds a non-lethal dose of poison in the wine that they drink. Alex also escapes captivity while Daniel frees Grace. However, Daniel is shot and killed by his wife, Charity. Grace is forced to fight her mother-in-law, Becky, and kills her with the box. Alex believes that Grace has killed both Becky and Daniel and is sure she will leave him. Having a change of heart, he brings her for the sacrifice after all.

While the family attempts to kill Grace a second time, Helene reveals that dawn has broken. Although the family fails in the quest, nothing seems to happen to them until Helene tries to kill Grace after daybreak. All the members explode in a bloody mess. Grace throws her wedding ring at Alex before he explodes too. The house, which had been set on fire before, burns down and Grace catches a glimpse of the spirit of Mr. Le Bail, who appears to approve of her survival. She sits on the steps of the house enjoying a smoke while it all burns down behind her. The movie ends with a first responder asking Grace what happened, to which she answers ‘in-laws’.

Is Ready or Not on Netflix?

Netflix has a wonderful collection of films and television shows. Moreover, the platform has a good horror collection as well to cater to their viewers. Though ‘Ready or Not’ is not on the platform, you can check out ‘The Ritual‘, which tells the story of a group that is hunted through the woods by a supernatural presence.

Is Ready or Not on Hulu?

Hulu has an amazing collection of horror movies and the platform keeps adding to their library all the time to become one of the most trusted streaming sites. Though ‘Ready or Not’ is not on the platform, you can check out some fantastic works of horror. Watch ‘Rosemary’s Baby‘ where a wife is betrayed by her spouse much like in ‘Ready or Not’.

Is Ready or Not on Amazon Prime?

Amazon Prime has an enviable collection of films and television shows, especially when it comes to horror. Though ‘Ready or Not’ is not on the platform, you can get the same sense of being hunted, perhaps more oppressively so, if you watch ‘A Quiet Place‘ on the platform.

Where Can I Stream Ready or Not Online?

Unfortunately, ‘Ready or Not’ is not available elsewhere online for streaming, at the moment. You have to wait a while till it arrives on one of the platforms.

When Will Ready or Not be Available on DVD and BluRay?

Unfortunately, ‘Ready or Not’ is not out on DVD and BluRay yet. The estimated release is scheduled for November 2019. But it is understandable if you cannot wait that long. You can pre-order your copy of the movie here.

Where Can I Watch Ready or Not Online For Free?

Sorry freeloaders, but there is no way to watch ‘Ready or Not’ online for free using any legal means at the moment. You have to wait till it arrives on one of the platforms that has a free trial period. Right now, the movie is running in theaters, so you can check it out there.

We strongly urge our readers to pay for all the art that they consume.