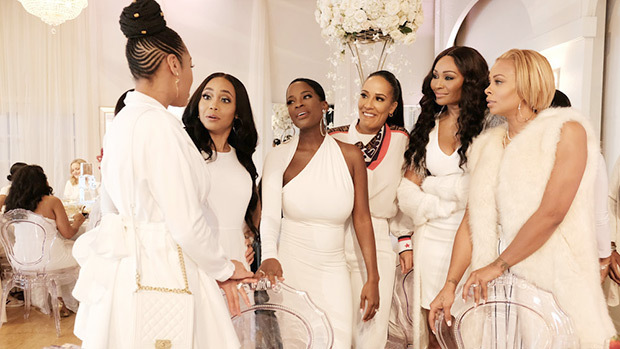 The 13th installment of ‘The Real Housewives of Atlanta’ returned with its second episode on Bravo on December 13, 2020. Titled, ‘New Peach in the Orchard’, the episode throws the limelight on Porsha who has been released from prison after she gets dedicated to activism and the related protests. On the other hand, actress and songstress Drew Sidora graces Atlanta with her Chi-Town flavor. But it seems her perfect marriage has several issues. On the other hand, Cynthia hosts a wine tasting at Lake Bailey while Kandi hattends Riley’s graduation.. More on that later. That being said, let’s now get to the details of the show’s next episode.

When is Real Housewives of Atlanta Season 13 Episode 3 Release Date?

The upcoming episode is called ‘Ten Ten, Twenty Twenty’. Here is its official synopsis as outlined by Bravo: “Porsha returns home from her second arrest in Kentucky and also reveals that she and Dennis have called it quits. Kenya offers Cynthia marital advice and juggles her fast track friendship with LaToya. Drew and Ralph agree to go to marriage counseling, while Cynthia and Mike disagree over when to host their dream wedding.” You can watch its preview here.

Where to Stream Real Housewives of Atlanta Season 13 Episode 3 Online?

Cynthia Bailey is not that happy that Kenya Moore and LaToya are becoming fast friends. Meanwhile, we learn that LaToya is also on the verge of divorce. Marc Daly’s reaction to Kenya’s announcement makes the latter worried. We already know how he is abusive and toxic men have a way of trapping women in relationships. Porsha is released and her mom and sister connect with her. She says she is glad she did whatever she did.

Cynthia meets up with Drew, an actress, who has a beautiful family. Her mother has moved in with her during the pandemic. The problems between Porsha and Dennis McKinley continue to escalate. We additionally learn that Drew and her husband have been in a marriage for six years. But now the relationship is cracking. They are planning their divorce within the next two years.