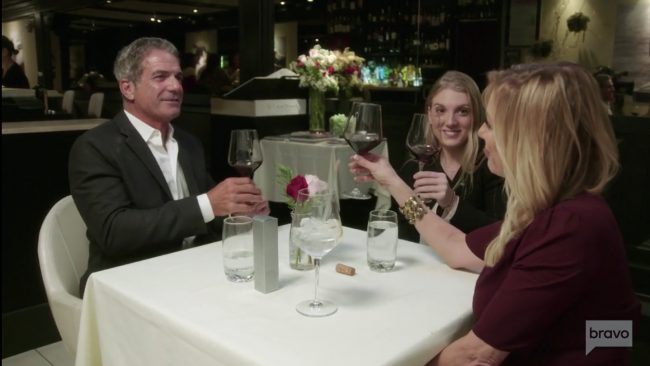 RHONY season 12 is definitely the most alcohol fueled iteration from the reality show. We already knew that these housewives love their drinks. But this time, they seem to have lost control. We hoped Leah would drive some sense into the lot. But she is equally insane as seen in this week’s episode. For more details, head to the recap section. In case you are updated on the latest shenanigans and wish to know the details of ‘The Real Housewives of New York City’ season 12 episode 16, you’re at the right place.

RHONY season 12 episode 16 will premiere on July 30, 2020, at 9 pm ET/ 8 pm CT on Bravo. The upcoming episode is called ‘Not Very Merry-achi’ and its official synopsis goes as follows: “The women head to Cancun, Mexico, where Sonja gets liquored up too soon and Leah confronts Ramona.”

Where to Stream The Real Housewives of New York City Season 12 Episode 16 Online?

‘The Real Housewives of New York City’ season 12 episode 15 is titled ‘Sheer Madness.’ Ramona’s birthday takes center stage this week and she is worried about everyone’s out of control behavior. She is concerned that the housewives might embarrass her before her 50 best girlfriends. Ramona gives Leah a tour of her birthday party and asks the latter to cover her tits. Luann de Lesseps discusses about her prior legal history with former inmates. She gets highly emotional after hearing their life stories. A few of the inmates sign up for a spa session organized by Luann.

Ramona and Mario Singer, accompanied by Avery, get together for dinner. Leah visits the Russian Spa with her sis and confides in her about the Berkshires experience. Leah also expresses her desire to mend her relationship with her mum. But her sister states that their mom does not really like them. Hearing this, Leah reconsiders her decision of apologizing before her mum. Sonja is tensed because her bills are piling up. Her townhouse is costing her $50,000 a month. She also appears in the press after being kicked out from a bar.

Ramona asks everyone to wear black for her birthday party while she will wear pink. Ramona’s 50 girlfriends also arrive one by one and she goes on telling how blessed she is to have everyone in her life. She delivers a speech and thanks everyone for coming. But when the dance begins, she is triggered by Leah’s moves for some reason. She is further angered by Sonja’s behavior. She finally calls the producers and threatens to quit the show!