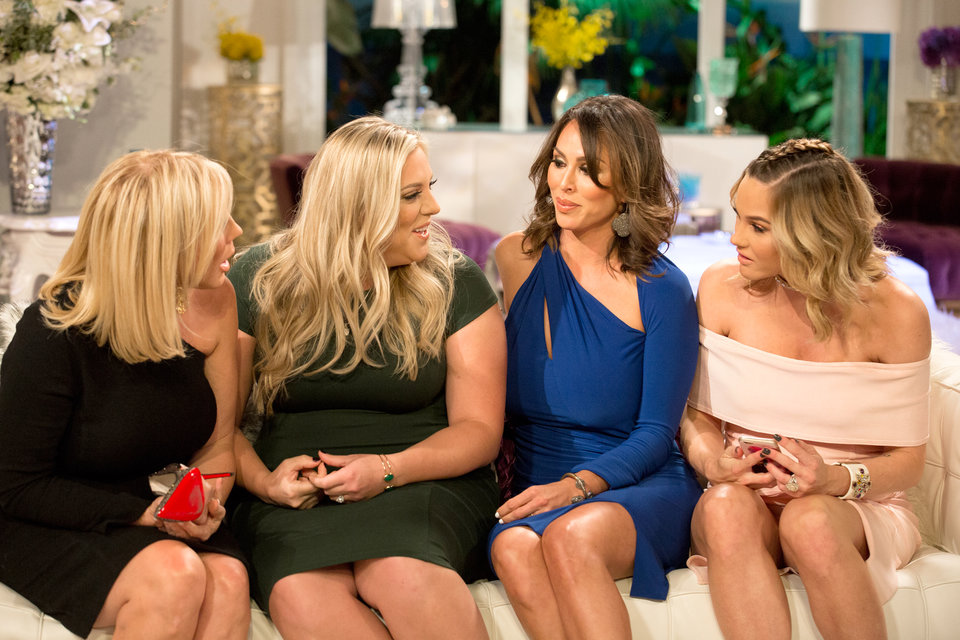 Created by Scott Dunlop, ‘The Real Housewives of Orange County‘ AKA ‘RHOC’ is the original series that gave birth to ‘The Real Housewives‘ franchise. The reality show follows several women in the area of Orange County as they go about their professional and personal lives. The participants on the show are generally affluent women who are well-known in the area. Depending upon the changing dynamics, the show has seen several women come and go during its run.

Originally premiered on March 21, 2006, the successful series has delivered sixteen seasons so far. It has also amassed a loyal fanbase. With the entertaining season 16 coming to a close, fans cannot wait for another edition of the show. If you are in the same boat, then don’t worry because here’s everything you need to know about the potential season 17!

‘The Real Housewives of Orange County’ season 16 premiered on December 1, 2021, on Bravo and concluded on May 4, 2022. The sixteenth installment comprises 20 episodes, with a runtime of 42 minutes each.

Now, here is what we know about the seventeenth iteration of ‘The Real Housewives of Orange County.’ As of now, the show has not been renewed officially, but do not let that get you down. The reality show has been running for more than 15 years with a dedicated fanbase that is more than eager for a new season. For many, the show is a guilty pleasure that satisfies their need for drama and temporary escape. Given the show’s high viewership numbers, loyal fans, and successful track record, it is most likely to continue for another round.

If the show is indeed renewed, the official announcement will probably be made within a couple of months. The production will also potentially commence soon after. In case of confirmed continuation by the end of Summer 2022, we expect ‘The Real Housewives of Orange County’ season 17 to release sometime in Q4 2022 or Q1 2023.

The cast of the show makes it what it is. Every woman is unique in her own right and brings something new to the table. If the reality show does get renewed for season 17, we expect the cast members from season 16 to make a comeback. This includes Heather Dubrow, Shannon Storms Beador, Gina Kirschenheiter, Emily Simpson, Jen Armstrong, and Noella Bergener.

The show also has a precedent of welcoming friends and guests to the roster. This means that Jeana Keough, Lizzie Rovsek, and Nicole James, who were a part of season 16, may come back in the prospective season 17 as central figures. It should be noted that Jeana and Lizzie have been a part of the main cast before.

Another possible return to the show may be Tamra Judge, who was part of the show from seasons 3 to 14. She is a fan-favorite, and people would love to see her back. This might be a real possibility given her response to Andy Cohen during an episode of ‘Watch What Happens Live With Andy Cohen’ in February 2022. Any new faces to the Orange County team will be more than welcome!

What Can The Real Housewives of Orange County Season 17 be About?

The sixteenth season of the reality show was a dramatic roller coaster trip. Gina and Shannon were constantly at each other’s throats and fighting over everything under the sun. Their dynamic in the potential seventeenth season is definitely something to look forward to. Noella’s divorce from husband James Bergener and its aftermath will probably be explored further if the show is greenlit.

Another couple to look out for is Dr. Jen Armstrong and her husband, Ryne Holliday. The two had a tumultuous journey during the latest season and almost separated from each other. However, the couple is back together with a fresh perspective. So, their relationship may be something that might be explored in the potential season 17.

Read More: Where is The Real Housewives of Orange County Filmed?