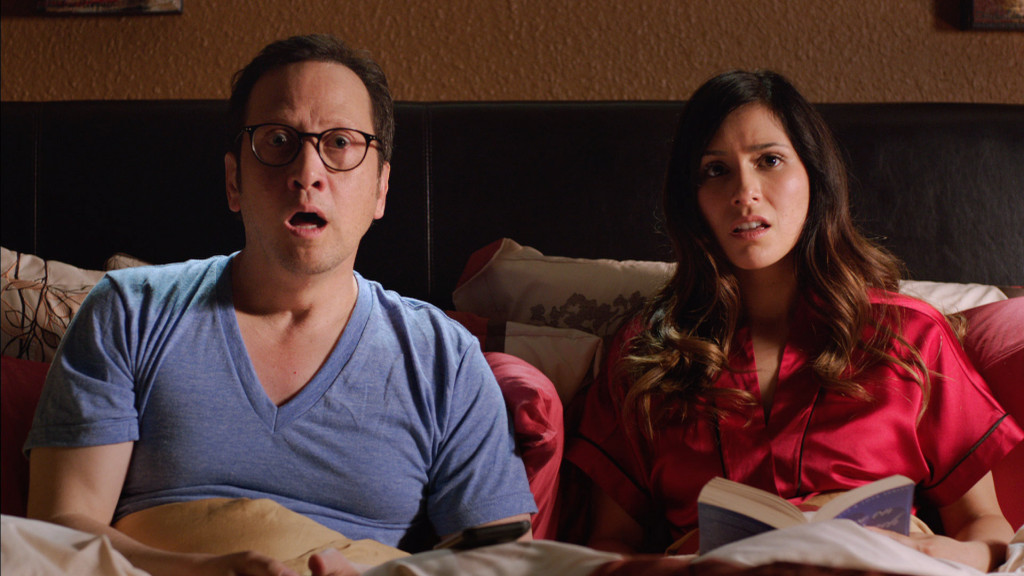 ‘Real Rob’ is an American sitcom that airs on Netflix. Created, written, directed and funded by veteran American actor and comedian Rob Schneider, the show is an exaggerated portrayal of Schneider’s own life, and even features his own family.

A not-so-recent show, Season 1 of ‘Real Rob’ first made its way to viewers’ screens on December 1, 2015, but was not received well by television critics. Despite the criticism, Netflix renewed the show for a second season, which premiered a bit more than a year later on September 29, 2017. Months after Season 2 premiered, Rob Schneider, on December 1, 2017, confirmed that he was writing another season of the show. However, it has been more than a year since then and there has been no concrete news about a third season. Is it still in the works? Here’s everything we know about it thus far.

Real Rob Cast: Who is in it?

As the show is based on Rob Schneider’s own life, most of the cast members play themselves. The Schneider family includes Rob himself, his Mexican-origin wife Patricia, and their very young daughter Miranda Scarlett Schneider. Jamie Lissow, Adam Korson, and Keith Stubbs play Rob’s incompetent assistant, Rob’s agent, and Rob’s accountant respectively.

Other cast members in the show include Max Amini as Stalker, a guy who stalks Rob around, Kym Jackson as Margaret, who is Jamie’s girlfriend and works at a marijuana store, and Andrei Aldochine as Udo, a male stripper who works as a nanny for the Schneiders.

With Season 3 all but confirmed, we’re pretty sure that most of the main and supporting cast members will make comebacks and reprise their roles. There could also be additions to the cast and new guest stars, but nothing has been announced as of now. If anything is announced, we’ll be sure to update this section to reflect the same.

Real Rob Plot: What is it about?

Being a sitcom which revolves around Rob’s life, the show provides viewers with an exaggerated portrayal of the highs and lows in Rob’s life, and documents the daily struggles he faces as he tries to balance his career and his family life. On one hand, Rob has to contend with being a celebrated Hollywood actor, the attention it brings, and a stalker who watches his every move. On the other hand, Rob also has to find time for his family and friends, including his wife, his newly-born baby, and his incompetent assistant. Rob Schneider has always been known for his knack for comedy, and you can be assured that the show is a hilarious one if watching an exaggerated portrayal of the life of a celebrity is something you enjoy. Additionally, the show is also brutally honest, which makes the events in it even more funny.

That being said, ‘Real Rob’ is not a show which enjoys critical acclaim. In fact, many well-known publications have been downright scathing in their reviews of the web television show. For instance, The A.V. Club criticized the show, writing, “Although Schneider footed the bill for the show’s production, he’s borrowed heavily from other shows for its premise and storylines. Imitation can be the sincerest form of flattery, but it’s unlikely that any of its predecessors will lay claim to ‘Real Rob’.” The Washington Post was not too kind to the show either, and wrote, “The eight-episode series follows Rob as he balances his career and home life, with his real-life wife Patricia Azarcoya Arce and their two-year-old daughter. ‘Real Rob’ has elements of ‘Louie’ and ‘Curb Your Enthusiasm’’s heightened reality, but the only thing that sets it apart from its predecessors is that it’s not very good. Unfunny scenes are broken up with equally unfunny stand-up.”

Although ‘Real Rob’ does not have a score on Rotten Tomatoes, it unsurprisingly fares poorly on Metacritic, and has a dreadful score of 36. Viewers, however, seem to have enjoyed the show more, and it enjoys a better rating of 6.5/10 on IMDb.

Real Rob Season 3 Release Date: When does it premiere?

Real Rob Season 2 premiered on September 29, 2019. A couple of months after that, Rob Schneider himself took to Twitter on December 1, 2017, to announce that he had begun writing the third season of the show. While news about the show’s production or an official confirmation from Netflix has not emerged since then, Rob Schneider did give an interview in December 2018 where he spoke about how he writes the show, which could be indicative of production for a third season being underway.

That being said, Rob Schneider also announced at the beginning of 2019 that he was working on a sketch comedy show to rival ‘Saturday Night Live’. Whether this will affect the production of ‘Real Rob’ Season 3 is something we don’t know.

Assuming that all goes well and production for the next season is wrapped up on time, we can expect Real Rob Season 3 to release sometime in December, 2019. Thus, all that’s left to do now is to wait for Netflix to announce a release date. We’re keeping our ears open for news on the release date of Season 3 and we’ll update this section as soon as we hear more.

While we wait for Netflix to announce a release date for ‘Real Rob’ Season 3, here’s the trailer for Season 2 to give you a glimpse into the show.