When Will Real Time With Bill Maher Season 18 Premiere on HBO? 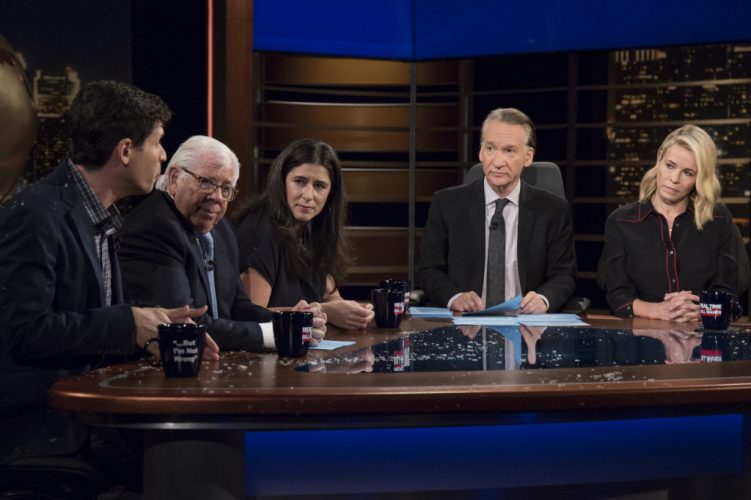 ‘Real Time with Bill Maher’ is an American talk show series which airs weekly on HBO. It is hosted by the political satirist and comedian Bill Maher who also is the writer and executive producer of the show.

For those unaware, ‘Real Time with Bill Maher’ is not a new show, with its first season having aired on February 21, 2003. In the years that have elapsed since then, the show has seen a whopping 17 seasons, each varying between 20 to 38 episodes, and understandably, it has a strong fan following.

The good news for fans is that the show has been renewed through 2020, and we can definitely expect a Season 18 soon enough. Here’s all we know about ‘Real Time with Bill Maher’ season 18.

Who is the host of Real Time With Bill Maher?

‘Real Time with Bill Maher’ is hosted by Maher himself and sees panels of guests feature, with a new guest or guests arriving every week.

Maher is no stranger to commenting on politics and hosting talk shows, having hosted a similar show called ‘Politically Incorrect’ much earlier. However, unlike his previous show, which frequently involved appearances from celebrities and actors/actresses, ‘Real Time with Bill Maher’ is a much more serious title and primarily features guests such as journalists, professors, and politicians who are well-versed in their own fields.

We don’t need to say that Maher will be making a comeback on season 18 as well, accompanied by a slew of new celebrity appearances.

What is Real Time with Bill Maher about?

‘Real Time with Bill Maher’ primarily dissects politics and current affairs through both a critical and a comic lens. Every episode of the show generally opens with a current event or political skit, which is then followed by a comic monologue. Then, Maher, interviews an important figure connected to the event at hand, or integral to the discussion about to take place. Interviews either take place in the studio, or virtually – there’s no strict rule, and Maher, despite having a preference for live interviews, prefers to remain flexible.

After gathering inputs from the important figure, Maher then discusses and debates the issue at hand with the panel of guests present that day. Following some debate, Maher then interrupts the panel session for a comedy skit and then interviews another important figure before resuming the panel discussion. After the second round of enlightening debate and discussion, Maher has a segment called “New Rules”, which serves as a comic, yet sharp editorial take on politics and American culture. The talk show then comes to an end.

For those interested in following up on the debate, the YouTube channel of the show also releases small 10-15 minute-long videos called “Overtime” after each episode, in which Maher addresses viewers’ questions on the issue at hand. Matters which Maher frequently addresses in the talk show include affordable healthcare, corporate influences on the US government, issues surrounding illegal immigration into the US, environmental issues, human rights issues, and animal rights issues, among other things.

Owing to the show revolving around politics and current affairs, it’s also important to know where Maher himself stands. Despite discussing politics, Maher does not seem to be biassed towards any particular administration and has criticized the Bush administration, the Obama administration, and the Trump administration in his discussions.

Maher’s openness to diverse viewpoints becomes even more clear when one looks at the panel of guests. Panels in the show usually include both a liberal commentator and a conservative commentator, apart from having someone who does not have a clear ideological label.

As far as his views on other important issues are concerned, Maher considers himself a “rationalist” on the religious front, “preaching the gospel of ‘I don’t know’”. On the issue of drugs, Maher has strong opinions against the current drug control policy of the US, and advocates the legalization of marijuana. Further, he is also a vocal critic of censorship, and is against conservative attitudes towards sex and sexuality.

In terms of reception, the show quite some popularity among audiences, and has a rating of 7.5/10 on IMDb. That said, it’s important to note here that a political comedy show discussing and taking a stand on political issues is unlikely to be appreciated by all.

Real Time with Bill Maher Season 18 Release Date: When will it premiere?

When Season 15 of the show was airing and Season 16 had already been confirmed, HBO, on September 6, 2017, renewed ‘Real Time with Bill Maher’ for Seasons 17 and 18. Recently, HBO also announced a release date for the 18th season. ‘Real Time with Bill Maher’ season 18 will premiere on January 17, 2020. It will comprise of 35 episodes and will wrap up sometime in November 2020.

You can check out the official promo trailer for season 18 below: