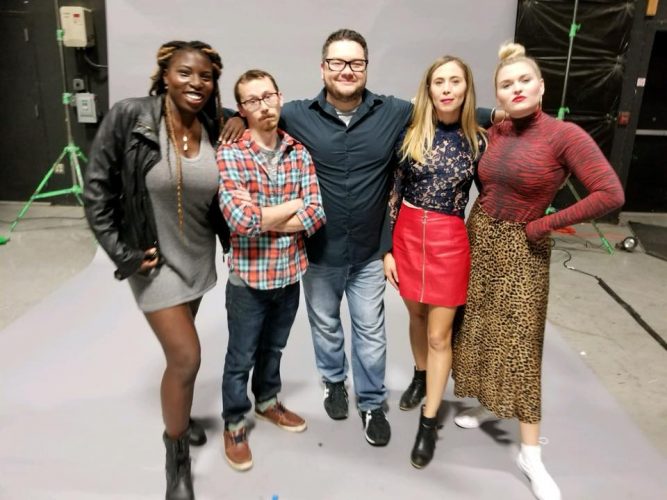 Rebel Without a Crew: The Series is a documented reality television series, filmed in Austin, Texas, that airs on El Rey Network. The series is based on the non-fiction, 1995 book with the name ‘Rebel Without a Crew’ written by Robert Rodriguez, explaining how he became a filmmaker with only $7,000. The series is produced by Marla Bautista, Cecilia Conti, Ryan Crow, Theresa Frankel and Jonathan Haug. The director of photography is Euripides Nunez.

It has been 25 years since El Mariachi released, and Rodriguez presents before a new generation of movie-makers an unlikely challenge to match his bravado by producing and directing a feature-length film using only $7,000. That is what the series is all about. Robert Rodriguez, the novelist and filmmaker, shared in an interview, “I just found it so valuable for my career to have done every job on the movie … There’s a film-school message where they have a DP, and they have a cameraman, they have an editor. They don’t get to do everything themselves. So if we’re forcing them to do it, it’s going to empower them, and magic would happen when you strip away all the resources.”

Rebel Without a Crew: The Series Cast: Who’s in it?

The series revolves around five directors, who aim at making a film with the lowest budget possible, and within a short period of time. The cast includes directors Alejandro Montoya Marin, Scarlet Moreno, Bola Ogun, Bonnie Kathleen Ryan, and Josh Stifter.  Pater J. Calvin is seen as the Director of Photography The whole crew, altogether, successfully develop a film with only $7,000 and only in two weeks.

Rebel Without a Crew: The Series Plot: What is it about?

The series ‘Rebel Without a Crew: The Series’ is inspired by the novel by Robert Rodriguez, featuring a group of people who are excited to make a film with a low budget, in a short time with no experience whatsoever.

The first part of the series begins with the introduction of five first time filmmakers, who are all set to step into the world of filmmaking by pre-production and the task of choosing locations. One particular alluring location inspires one filmmaker to rewrite the entire script.

They are left to make hugely important decisions related to everything, from gear and props to deciding who has production experience. And so the series continues, describing and portraying each step that is involved in filmmaking, gradually beginning from casting the actors and eventually leading up to wrapping the production, and post wrapping work, finally ending with the premiere. They successfully create a film within two weeks and with only $7,000.

As El Ray Network itself describes it, “Twenty-five years ago, Robert Rodriguez made his first feature-length film, El Mariachi. Armed with a budget of just $7,000 and 14 days to shoot his movie, Rodriguez created an award-winning film that changed independent filmmaking. To mark the 25th anniversary of “El Mariachi,” Rodriguez has invited five aspiring filmmakers to Austin, Texas to take on the same challenge. The twelve-part “Rebel Without a Crew: The Series” follows filmmakers Scarlet Moreno, Alejandro Montoya Marin, Bola Ogun, Josh Stifter, and Bonnie-Kathleen “BK” Ryan as they attempt to shoot their own feature-length film in two weeks with a budget of only $7,000.”

Rebel Without a Crew: The Series Season 2 Release Date: When will it premiere?

Rebel Without a Crew: The series Season 1 premiered on 19 March 2018. The first season has 12 episodes. As of now, the announcement regarding the renewal or cancellation of season 2 of Rebel Without a Crew: The Series has not been made yet. But as the series is based on a novel, and has pretty much covered everything, the possibilities of the continuation of the same story is highly unlikely. However, we can’t do away with the series as it could still lead to a format where a set of inexperienced filmmakers come together, accept the challenge and achieve the unusual feat of shooting their own feature film, yet again. If the show does get renewed, expect it to have a release date sometime in 2020.

Rebel Without a Crew: The Series Trailer

If reading is not on the list of your hobbies, then you could watch this series which has successfully tried to fill life in each of the characters and scenes as brilliantly as in the novel of Robert Rodriguez. Enjoy the episodes of Rebel Without a Crew: The Series here, while crossing your fingers and hoping for the announcement of the renewal of the series for new season sometime sooner. Watch the trailer of season 1 below: