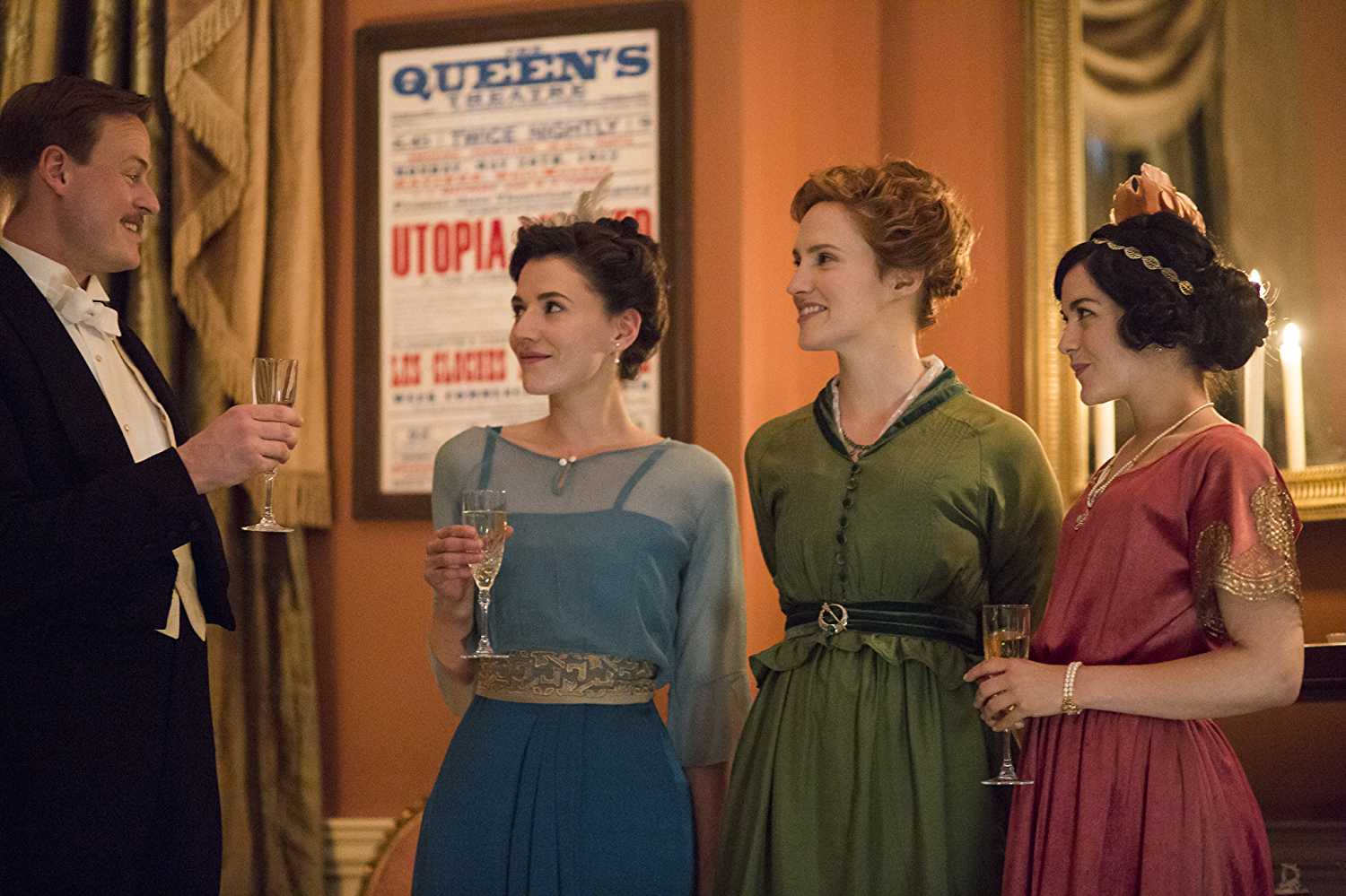 Rebellion is a miniseries created by Collin Teevan and directed by Catherine Morshead. It is a historical fiction, which means the premise is based on true stories while the characters are fictionalized. If you enjoyed the absolutely brilliant Peaky Blinders, this spy thriller will surely have you engaged. Season one has five episodes in total and aired in 2016. Three years later, Netflix came out with what they are dubbing as season two of Rebellion. Although it has been named Resistance, it has the same elements of the Irish war. Netflix globally released season two on March 4, 2019. There is a mix of the old cast with some added new faces. Returning cast members are Brian Gleeson, Jordanne Jones, Millie Donnelly, and Gavin Drea. Season two also has five episodes, but they are a good one-hour long for you to enjoy. It’s worth a binge.

Rebellion does well to show the conflict between the British and Irish. Resistance or season two takes us four years ahead, and the main plot is the massacre of the Bloody Sunday. There is a lot of character drama infused into the show. That adds to the story and really allows viewers to feel engaged. If you enjoy historical dramas, it will be worth watching the series. Brian Gleeson described the essence of the show in an interview: “Really what the show’s been addressing is that fog of war aspect of the conflict, with informants and spies, it was all very, very murky. And there’s no good guys or bad guys — it’s just about people.”

Rebellion Cast: Who is in it?

Ruth Bradley and Lydia McGuinness play best friends Frances and Peggy respectively. Other stars include Brian Gleeson, Andrew Simpson, Tom Tuner, and Ian McElhinney. Although it’s a fictional drama, many real people of that time have been portrayed in the series – like Padraig Pearse and James Connolly. The series is mostly shown through the eyes of the three main women characters which is a nice touch.

Season 2 introduces a few new characters namely Conall Keating (Joey Bradley), Patrick (Jimmy Wilmot), and Ursula Sweeney (Simone Kirby) who is possibly the most interesting addition to the cast. She breaks free of her British ties as a code breaker for the British band switches over to the other side to reunite with her child.

Rebellion Plot: What is it about?

Bloody Sunday was a day of extreme violence in Dublin on November 21, 1920. Thirty-two people were either killed or fatally wounded. This was one of the major events during the Irish war of independence. Season two of Rebellion highlights the events that occurred on that fateful day. The first season had dramatized the events of the Easter rising of 1916; it was one of the most significant uprisings by the Irish. It took place during the week of Easter and paved the way for the war of independence.

Rebellion is set in the heart of Ireland during 1916 and follows several characters through the revolution. Best friends Frances and May along with Arthur and Peggy are the central four figures of the series that tells the story of three different women with different backgrounds as they struggle during the war. The melodrama merges really well with the main plot line and the season ends with the massacre of the Bloody Sunday. It packs in a lot of drama in its short run, with the thrill of double agents, spies, and underground rebellion. We always root for the underdog and are drawn into the stakes by the well-written characters, who engage us with their personal story while the war unfolds around them.

We can only imagine what people went through as they lived with war. Dead children, lost husbands, and yet the hope of freedom survived. The struggle and tenacity of the characters make the storyline interesting and engaging. This part of British history is still unknown to a lot of people. The costumes, sets, and dialogue do justice to the theme of the show. You will be transported to Ireland in the early 1900s.

The characters are really easy to identify and will have you searching for your history books to find out more. The show also does a good job in portraying the lower classes and has done so more realistically than other period dramas. The action scenes have been directed well and the short run time keeps the pace fast-moving. The relationships between the main characters get more complicated over time which works well for the story. The advantage of historical fiction is that the writer is free to build character personalities that add to the emotional drama of the story. An enjoyable show must have quirky individuals who engage the audience with their back stories. Like Liz who is seen in her wedding dress for the entire duration of the first season.

Rebellion Season 3 Release Date: When will it premiere?

Viewers claimed to have found the series enlightening and thoroughly informative. Strong writing and good direction are needed to make a fantastic historical fiction. Rebellion gives us both. It is a great show to watch, and we can expect a possible season three. Although it’s too early to speculate about the third season, we can hope for one.

Creator Colin Teevan had expressed a desire to create a trilogy back in February 2019 wherein the third part would chronicle the 1921-1922 Civil War which led to the assassination of Micahel Collins. However, it took Netflix three years and a name change to bring us the second season, but we sure want the third one real soon. Our best guess is the Season 3 of Rebellion can release as early as 2020.

Here is the trailer from season 2 of Rebellion. We will update this section as soon a new trailer is launched.