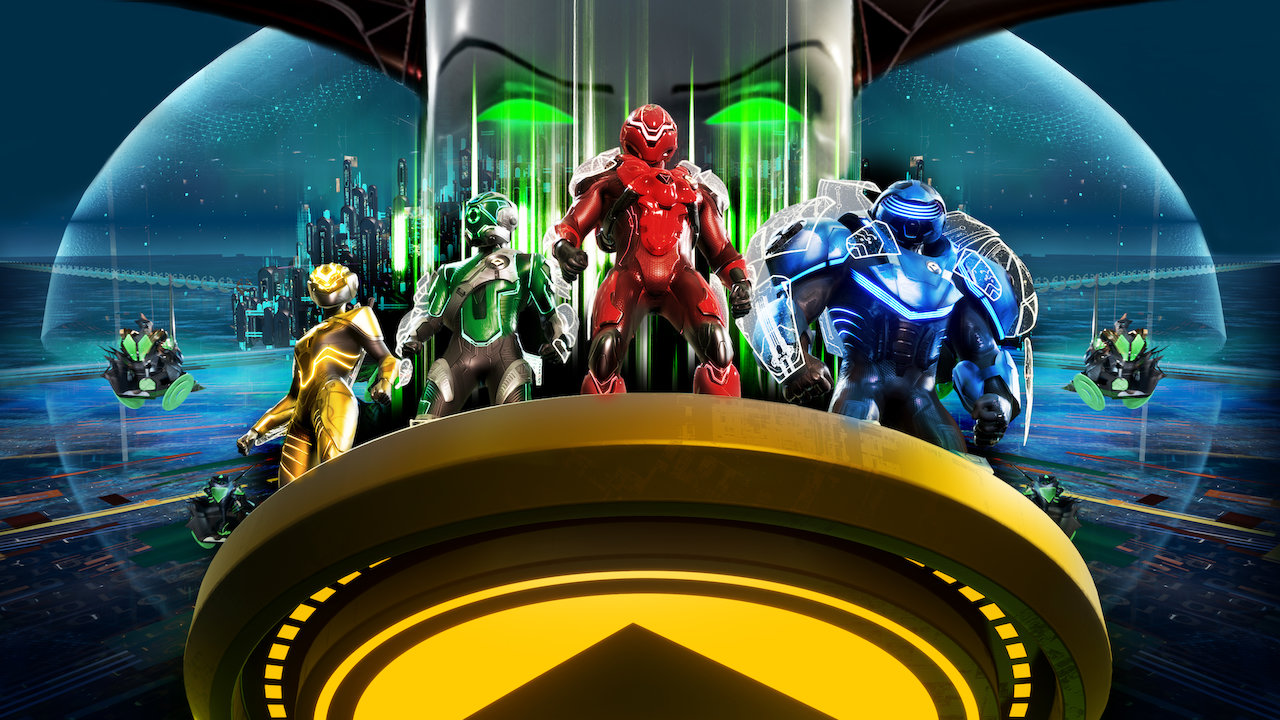 Reboot: The Guardian Code (stylised as ReBoot: The Guardian Code) is a live-action animation series that premiered on March 30, 2018, worldwide on Netflix. However, in Canada, the show was broadcasted by YTV starting from June 4, 2018. The series which is a remake of the animated series ReBoot is produced by Mainframe Entertainment Inc. who are now known as Rainmaker Studios. They are best known for producing Beast Wars: Transformers and Beast Machines: Transformers the sequels to Transformers (the animated series). They have also produced some popular films in the Barbie series.

The series is created by Michael Hefferon, and the directing responsibilities are shared between Pat Williams and Michael Dowding.

Reboot The Guardian Code Cast: Who’s in it?

The lead cast of the series includes Ty Wood, Ajay Friese, Gabriel Darku and Sydney Scotia. Tyson Wood, who is popularly known as Ty Wood, is a Canadian actor. He plays the role of Vector. Wood is known for acting in television movies like Garage Sale Mystery: The Beach Murder and Christmas Princess. He starred in an episode of the hit WB series Supernatural and most recently had a recurring role in the Netflix series Chilling Adventures of Sabrina.

Ajay Friese portrays Parker. He is a rising talent in the television industry. He had a regular role as Vijay Dhar in the Netflix show Lost In Space. He also played the character of Farson in the BBC America show, Dirk Gently’s Holistic Detective Agency. Gabriel Darku plays the role of Trey. Darku is known for acting in shows like October Faction, Slasher and American Gods. He also stars in the YouTube Originals series Impulse. Sydney Scotia stars as Tamra. The American-Canadian actress who is best known for playing the role of Geneva in Some Assembly Required. She also had minor roles in shows like See Dad Run and Crazy Ex-Girlfriend.

Additionally, the actors from the original series ReBoot returned to voice some original characters. Michael Benyaer makes a comeback as Bob, Kathleen Barr as Dot and Shirley Millner as Hexadecimal. Timothy E. Brummund replaces Tony Jay as Megabyte because of the original actor’s untimely demise in 2006.

Reboot The Guardian Code Plot: What is it about?

The main story revolves around four teenagers from the Alan Turing High School. The four gamers are the members of a team which is ranked the highest in an online game. In order to protect cyberspace, the gamers were originally enrolled in Alan Turing by an AI called Vera. The gamers who are now called Guardians, now enter the cyberspace and fight against the Sourcerer who is a human hacker. Vera also enters the game in the form of an exchange student. The Sourcerer is helped by Megabyte a computer virus which is activated by Sourcerer (antagonist of the ReBoot) to help him accomplish his evil plans.

In the season 2, the Dyna-Cell network is hacked by the Sourcerer. He tries to tap into the cell phones to track down the Guardians. In his endeavour, he is helped by Hexadecimal, but the mission seems to be compromised because of an error. The Guardians receive a warning from Vera who lets them know that Parker’s phone has been compromised. The Sourcerer then launches a robot zombie army in the cyberspace to hack into unprotected computers. In the meantime, Parker and Austin devise a plan to hinder the strike of the robot zombie army. The Megabyte tries to appease the Sourcerer after a previous error. In order to do so, he takes over bee toys in order to scare children all over the world. The identities of the Guardians are compromised when they try to thwart Megabyte. The Sourcerer gains the upper hand and orders Megabyte to get inside the Guardians’ technology.

In the subsequent episodes, the Sourcerer hacks into the DIS computers and attempts to launch a nuclear warhead. As the last moment resort, the code sequencer is reset by Parker. Megabyte frees himself from the delete code and is finally free from his master’s control. The season ends with Sourcerer entering cyberspace and trying to purge the whole Internet into a cyber black hole. Megabyte and Hexadecimal return to their fortress with an army in order to get their revenge against the Sourcerer.

In order to get an idea of the show, check out the trailer for season one here: