Will There be a Red Sparrow Sequel? 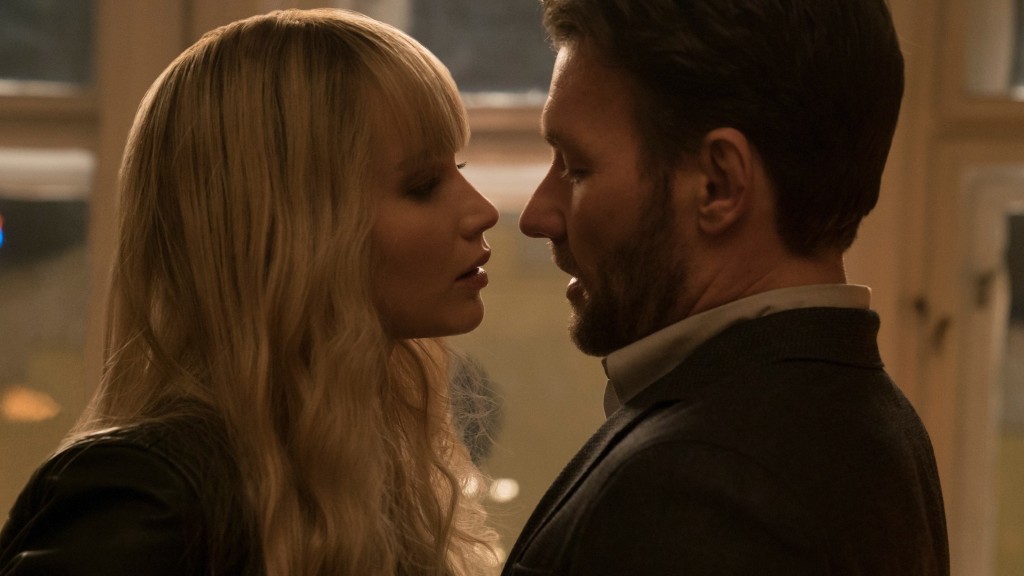 Spy thrillers always make for exciting films. The plot is gripping, events move along at a fast pace, you know there is going to be action, and you always expect twists that will leave you amazed. Overall, they have all the materials needed for a successful movie. ‘Red Sparrow’, the 2018 American spy thriller, is no different. The movie comes from Francis Lawrence and is based on the 2013 novel of the same name by Jason Matthews.

A flashy film which is heavy on style, while light on substance, ‘Red Sparrow’ makes no excuses about what it intends to be. It is an entertainer, with close detail paid to the depiction of spying. The story is about a Russian intelligence officer who gets sent to contact a CIA officer, in the hopes that they might discover the identity of a mole. The main premise of the movie is firmly based on the historic Soviet practice of sexpionage, which is the involvement of possible sexual intimacy or relationships, in order to carry out espionage. It also refers to the contemporary Russian practice of kompromat, which is gathering compromising material on people of influence to malign their image or extort them.

‘Red Sparrow’ managed to make $151 million worldwide, becoming a modest box office success. More importantly, there are two more books from Matthews, titled ‘Palace of Treason’ and ‘The Kremlin’s Candidate’, that continues the protagonist’s story. Lawrence, who has worked on three of the four ‘Hunger Games‘ movies, knows what it is like to build a franchise. He has expressed his excitement at continuing the story of the protagonist of ‘Red Sparrow’ giving us good reason to believe that there might be a sequel. Here is all that we know about ‘Red Sparrow 2’.

Red Sparrow 2 Plot: What Can It Be About?

‘Red Sparrow’ showed in great detail how Dominika Egorova, a famous Russian ballerina, is recruited by the SVR in Putin’s Russia, to be a sexpionage agent. However, as the story continues, Dominika begins to show hints of defiance and eventually becomes her own woman, even as her relationship with Nate Nash, the CIA agent she was supposed to extract information from, becomes complicated.

By the end of the movie, we see that Dominika’s loyalties have changed and she is a capable agent well entrenched in the world of espionage. Perhaps she has come to love the double game itself. The movie teases world-building in small hints, throughout the plot. However, the biggest hint comes at the end, when Dominika receives a phone call and hears Grieg’s piano concerto. She had revealed to Nash earlier that this was the piece to which she danced her first solo performance. Thus, it is clearly Nate’s way of reaching out to her. With ‘Red Sparrow’ ending in a clear cliffhanger, we expect the sequel to make things clear.

Lawrence has already expressed his intention to base the sequel on ‘Palace of Treason’ or ‘The Kremlin’s Candidate’, but since the former is the direct sequel to ‘Red Sparrow’, chances are that it is the book most likely to be adapted for the upcoming movie. ‘Palace of Treason’ continues the tale of Captain Dominika Egorova, of the Russian Intelligence Service. We see her in Moscow, serving the government. However, she happens to hate the men she works for, who all seem to be oligarchs and crooks. They are thugs living in Putin’s Russia. While Dominika continues her service, no one realizes that she is working for the CIA and is Washington’s most valuable agent in Kremlin and the SVR.

Dominika has to expertly dodge exposure while handling tough situations like a psychotic boss, an Iranian assassination attempt and a counterintelligence ambush. She gets up to all sorts of adventures, rescuing an arrested agent, exfiltrating him out of Russia, and having a chilling conversation with President Putin, while in her nightgown. Complicating Dominika’s already deadly job is the fact that she is in love with Nate Nash, her CIA handler. There is a good chance that their lust might be as dangerous as Dominika’s betrayal of Moscow. Unfortunately, everything threatens to fall apart when a mole in the SVR finds Dominika’s name on a restricted list of sources, spelling a death sentence for our sexpionage agent.

The plot of the sequel promises to be just as thrilling and we can gear up for some more violence, action, and a heart-gripping story that will leave us wanting more.

Red Sparrow 2 Cast: Who Can Be In It?

In the eventuality of ‘Red Sparrow 2’ being made, Jennifer Lawrence is sure to reprise her role as Dominika Egorova, the spy. The actress has already expressed her enthusiasm about a sequel saying that Dominika has now transformed into a cunning and intelligent spy, making her suitable for further adventures. According to Lawrence, by the end of ‘Red Sparrow’, Dominika is no longer all about high heels, lipstick, and seduction. She has learned to use her intelligence and mind. While this might be something that viewers missed in the first part, Lawrence will be sure to make it clear when she reprises her role in the sequel.

Her co-star, Joel Edgerton will also be reprising his role as Nate Nash. He too expressed his interest earlier, saying that ‘Red Sparrow’ set up a world that could be further explored and has fascinating characters that can be developed.

Red Sparrow 2 Crew: Who Can Be Behind It?

If and when ‘Red Sparrow 2’ gets made, we can definitely expect to see Francis Lawrence returning to the director’s chair. He has already expressed an interest in making a sequel since there are more books to work with. The director has also hinted that he included small scenes in ‘Red Sparrow’ which hinted at future films. He was also quick to point out that the first thing that drew him to the project was the world-building potential.

Matthews, the author of the books, is likely to be on board in an advisory capacity as well. Since the man is an ex-CIA employee himself, he has helped the production team of ‘Red Sparrow’ to depict espionage accurately. He could be lending his expertise to the sequel also.

Red Sparrow 2 Release Date: When Can It Premiere?

The rights to ‘Red Sparrow’ was purchased in 2013, after which the movie took some time to make, finally coming out in 2018. Considering many of the pieces are already in place, like the cast and the crew, the sequel to ‘Red Sparrow’ would definitely take lesser time to develop once it is greenlit. That being said, the movie might not come out before 2022 or 2023, since Joel Edgerton has a pretty busy schedule ahead of him, as does Lawrence.

‘Red Sparrow 2’ does not have a trailer yet, but you can get a taste for the movie by watching the trailer of ‘Red Sparrow’ below.