Red vs. Blue S18: All the Details You Need to Know 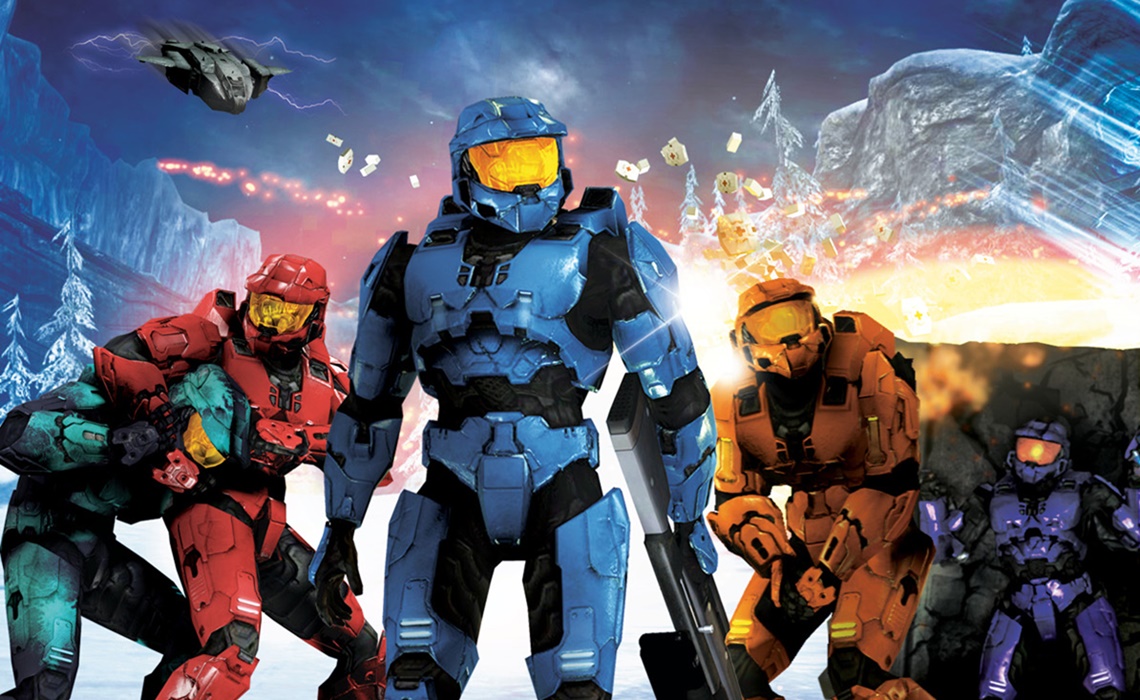 What started off as a simple gaming parody series on Youtube has now won the internet and is known to be one of the most popular Rooster Teeth productions. Using the machinima filmmaking technique (gaming nerds would know what that is), the series brings in tons of laughs with a tinge of existentialism to it. It is smartly written, has a consistent flow to its storyline, and also mildly touches upon social and political subtext. And considering the fact that it’s more of homemade series, its sound designing is truly exceptional. Not to mention, its first few seasons have also been redesigned, making them look as clear and sharp as the recent ones.

So, if you’ve ever been a ‘Halo‘ fan, this is one series that you should certainly not miss out on. Even if you’re not too familiar with ‘Halo’ and just enjoy watching well-executed animated comedy shows, you should give it a try. For those who have been following it since it premiered way back in 2003 and are starting to wonder if it will come back with a new season or not, here is everything you need to know about its upcoming 18th season.

Red vs. Blue Season 18 Release Date: When will it premiere?

Produced by Rooster Teeth, which is also known for its work in ‘RWBY‘, ‘Red vs. Blue’ is an animated web series based on the first-person shooter game ‘Halo’. It has been created by the co-founder and executive producer of Rooster Teeth and first premiered on April 1, 2003. Since then, it has had a total of 17 seasons with 331 episodes. Right after its release, the series gained a lot of attention and to everyone’s surprise, it also garnered an unexpectedly huge female fan following. According to Kevin J. Delaney of The Wall Street Journal, the weekly viewership of the series had risen to a range between  650,000 and 1,000,000.

Although, over the years, it did receive some negative reviews as well, ‘Red vs. Blue’ has now come a long way from where it began. When it comes to its 18th season, Rooster Teeth recently released a “2020 hype video” in which it announced all the shows that it will be releasing in the year 2020. In the first few moments of the opening of the video, a scene from ‘Red vs. Blue’ is also featured, suggesting that a new season of the series is underway. On the official Rooster Teeth blog, it was also announced that along with all the other shows that are getting renewed, even ‘Red vs. Blue’ will get a whole new season. It is confirmed that Red vs. Blue Season 18 will release sometime in July 2020.

Where to Watch Red vs. Blue Online?

You can stream all 17 seasons of ‘Red vs. Blue’ on Rooster Teeth.

What is Red vs. Blue About?

Set after the Halo event of 2552, ‘Rooster Teeth’ revolves around a civil war that has ensued between humans who are divided into two different groups. The series features two opposing armies, called the Blues and Reds, who are based on different sides of a canyon. To acquire rights on a completely useless piece of property in the galaxy, the two teams fight one another. With this, the series not only brings some good deep comedy but also subtly touches on other themes that work along the lines of love, identity, and loss.

As of now, a trailer for ‘Red vs. Blue’ Season 18 is not available yet, but you can check out Rooster Teeth’s 2020 hype video below: