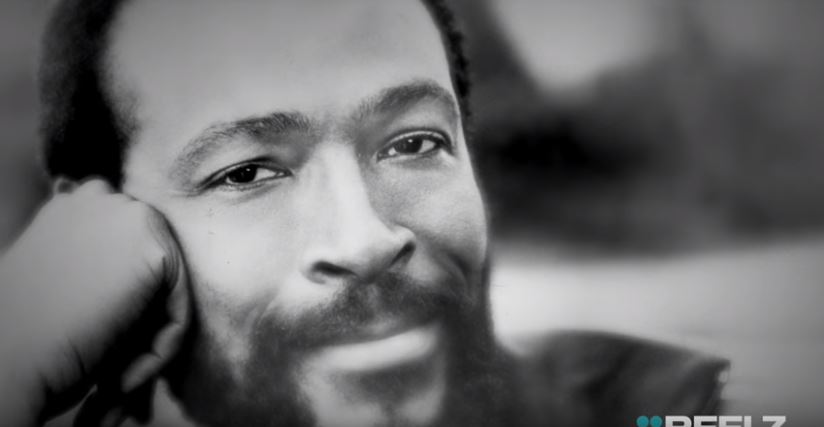 ‘It Happened Here’ is a reality television series that airs on Reelz and first premiered on March 10, 2018. It is common for a documentary series to equip itself with a subject matter that has a huge cultural impact. It goes without saying that the biggest cultural icons of the past couple of decades have invariably been music artists and Hollywood stars. Naturally, there are a plethora of shows that are centered on the tragic downward spiral of a star like Kurt Cobain, or on the national-scale scandals and disasters in their lives. These usually attempt to improvise, even shoehorn, a new angle or a controversial new theory into the event itself and be done with it – but because the shows on them are in abundance, it is difficult to find any of these documentaries standing out from the rest.

‘It Happened Here’ finds the foothold of being categorized as the rare breed of documentaries that do stand out, by its sheer virtue of taking a completely new approach to these. It draws inspiration from a recent trend in some shows, that have attempted in the past to re-contextualize decades-old historical events in the contemporary cultural memory by reviving the old news media, radio broadcast footage, and newspaper cutouts. In the same vein, ‘It Happened Here’ takes the milestone events in celebrity lives, and tries to retrace their steps in the actual places that it happened.

You might think you know about the biggest events in pop culture, but unless you have retraced the steps as diligently as this documentary does, you don’t really know what happened. So take a trip back into the past and read on about the upcoming season of ‘It Happened Here’.

It Happened Here Cast: Who is in it?

As primarily a documentary series that focuses upon events and details and not its characters, there is not much of a recurrent or main cast in ‘It Happened Here’. The only unifying voice in the episodic structure is the narrator, and even then he is uncredited and unintrusive- the majority of the show is dominated by the screen presence of the one-to-one interviews with the residents of the given places, biographers, and experts in various fields, for their professional insights. The enactments are few and far between, and they mostly use minor actors whose contractual tenure is limited to the episodes.

If ‘It Happened Here’ follows the same formula for the next season, then we may not see much in the form of a disclosed cast either, and for this reason, it is difficult to predict anything about a tentative cast for the upcoming season.

It Happened Here Plot: What is it about?

‘It Happened Here’ takes one celebrity in each episode and traces the major events of their life not through the time, but also through the space – visiting the locations of these events – for example, the room where Kurt Cobain shot himself, and tries to emulate the hours before their tragic downfall by backtracking their footsteps.

Reelz has officially described the show, saying, “They are not marked, there are no signs or plaques, but these parking lots, pieces of sidewalk, open fields and mini markets are connected to some of the most controversial events in pop culture history. We’ll revisit the sites at the center of these stories for an eye-opening look at the events as they unfolded. You may think you know what happened, but you don’t really know the full story until you’ve walked in the final footsteps and retraced the places where it all began.”

To help you understand better, let us give you a few examples. In the first season, ‘It Happened Here’ takes a long and hard look at the lives of people like Richard Pryor and John Belushi. The network describes Pryor, saying, “Richard Pryor was a comedy truth-teller, who busted taboos about race, language, and sexuality. But what made Richard so raw and honest, was also the source of his troubled and tumultuous personal life – bouts of addiction, domestic abuse, and host of other personal demons, which culminated in a very public drug-induced meltdown on Parthenia Street in Los Angeles, where he lit himself on fire and ran down the street in an unhinged suicide attempt.”

The show goes to Peoria, Illinois, Richard’s hometown, trying to find the source of his demons. The spatial exploration takes place, when ‘It Happened Here’ takes viewers to the elementary school where he first performed comedy or the community center where he honed his craft, all the while trying to understand how his mind could come up with such brilliant comedy and be beleaguered by demons at the same time.

The show also take a similar trip into Belushi’s life, exploring the causes of his substance abuse, seeing the spots where he cultivated his famous characters, and the spot where he came to be known as the life of the party, setting him on the path of playing larger than life characters. Obviously, ‘It Happened Here’ also looks at the place where ‘Blues Brothers‘ was shot, and goes all the way up to the bender on the final night of John Belushi’s life.

In the upcoming season, we expect to see ‘It Happened Here’ remain as detailed and meticulous in their exploration of the lives of various stars, and the pop-cultural events that surround their lives. By not just exploring these events, but also the spaces where they took place, the series really helps us feel closer to the people it happened to, and thus ‘It Happened Here’ manages to effectively reconstruct a part of history that might otherwise have been forgotten.

From the Las Vegas strip where Tupac Shakur was shot to the comedy clubs, Pryor frequented, ‘It Happened Here’ attempts at a holistic reconstruction of a major event that changed that particular celebrity’s life and shaped pop culture into what it is today. The upcoming season will start with Andy Warhol, and perhaps we will be shown how the popular artist set up The Factory, attracting many like-minded individuals. We might even get a chance to see how the radical feminist, and author of the SCUM Manifesto, Valerie Solanas, shot and attempted to kill Warhol.

It Happened Here Season 2 Release Date: When will it premiere?

‘It Happened Here’ Season 1 premiered on March 10, 2018. Because of its innovative approach to its subjects – and very carefully cultivated and deftly chosen subjects at that – the show received an overwhelmingly positive reception. Although it is only six episodes in length, there is an ample stream of celebrities and their tragic misfortunes available for the show to cover, and for this reason only, if nothing else, the show will be in for the long haul. Reelz has several strong incentives to renew the show for a summer 2019 showreel, and the network has done exactly that.

‘It Happened Here’ Season 2 does not appear to have a trailer yet. However, you can check out the clip below to refresh your memory of the show. If you have not seen the series, and have an interest in celebrities and pop culture, we strongly recommend this show. We also urge you to watch ‘The Price of Fame‘.