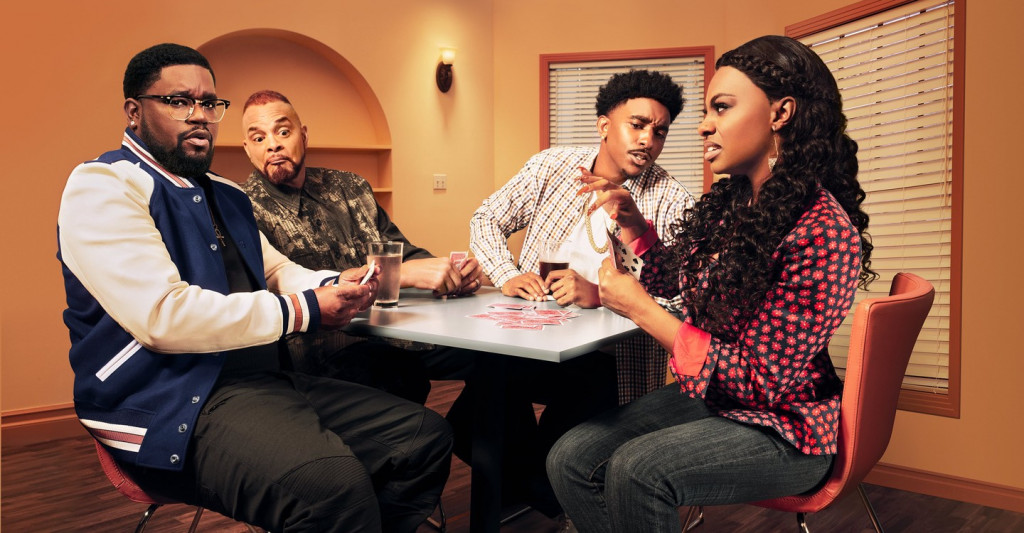 ‘Rel’ is an American sitcom television series by Fox that follows the story of a successful man trying to rebuild his life after a divorce. Created by Lil Rel Howery and aired on Fox, the show first made its way to viewers’ screens on September 9, 2018, and has seen only one season thus far. While fans of the show are hoping for a new season, ‘Rel’ might just suffer an untimely demise. Here’s what we know about the future of the show.

Leading the cast of ‘Rel’ is the show’s creator, Lil Rel Howery of ‘The Carmichael Show’ fame, who plays the role of the protagonist Rel who is trying to rebuild his own life. Rel is aided in his efforts by his best friend Brittany, who is played by Jessica “Jess Hilarious” Moore, and his younger brother Nat, who is played by Jordan L. Jones. Another important character in the show is Rel and Nat’s father, who is played by Sinbad.

These four characters are central to the sitcom with other characters appearing in minor, supportive roles. If ‘Rel’ does get renewed for a Season 2, we expect to see more of these main characters.

Rel Plot: What is it about?

Loosely based on Lil Rel Howery’s own personal life, ‘Rel’ follows the story of Rel, a successful, hard-working husband and father with a seemingly perfect life. Not only is Rel successful, but he is also a self-made man who believes that self-confidence can get you anywhere. Based in the West Side of Chicago, the story picks up when Rel finds out that his wife is having an affair with his own barber. Not only is the discovery of the affair a devastating blow for Rel, but he is also left dejected and heartbroken, and loses all his self-confidence.

Faced with the reality of his wife’s infidelity, Rel has to pick up the pieces and move ahead with his life. He gets divorced from his wife and, in the process, loses both of his children who move to Cleveland to stay with their mother. Now a long-distance single dad, Rel must start his life over again and search for a way to regain respect, dignity, and his self-confidence. Aiding Rel in his journey to rebuild his life is his best friend, Brittany, and his excitable and overly encouraging younger brother Nat, who is fresh out of prison. Rel is also aided sometimes (and chided other times) by his proud and recently widowed father, Milton, who thinks that both his sons are big disappointments.

Despite the serious undertone of the plot, ‘Rel’ does show some potential to be genuinely funny, even if it fails to be so at times. What lets the series down is its tendency to hit generic beats associated with sitcoms – in essence, it fails to bring innovation and creativity into its humor, despite having a strong ensemble cast who deliver great performances.

Understandably, the show has failed to strike a chord with its viewers, and enjoys a poor rating of 4.2/10 on IMDb. Television critics, too, found the show rather unpalatable, and it has a pretty poor score of 44% on Rotten Tomatoes.

Rel Season 2 Release Date: When will it premiere?

Interestingly, when Season 1 of ‘Rel’ hit viewers’ screens on September 9, 2018, it received an overwhelming response from viewers, with 5.49 million viewers tuning in to catch the pilot episode of the show. Since then, however, ‘Rel’ failed to maintain the momentum, and its viewership decreased consistently, hitting a low of 1.23 million in its penultimate episode. In terms of TV ratings, too, the show has failed to create a lasting impact among viewers, and has averaged a rating of 0.74 in the age group of 18-49 years.

Unfortunately for the fans, on April 17, 2019, Fox announced the cancellation of the show. Fox didn’t reveal the reasons, but the low ratings seem to be the death knell for the show. Also, the Rel family suffered a tragic loss in January when co-creator/executive producer Kevin Barnett died suddenly while vacationing in Mexico, a little over a week after the season one finale had aired. That would have dampened the spirits of the creators too.

Though fans should not give up all their hopes. In the world of TV, you never know what’s around the corner. Some other network might revive the show at a later point of time. At this moment, we don’t have news of any network being interested.

We will be keeping an eye out for news on ‘Rel’ season 2 and will update this section when relevant and reliable information on the future of ‘Rel’ surfaces.

While we await any positive news on the future of ‘Rel’, here is the trailer for Season 1 to give you a glimpse into what the show is all about.