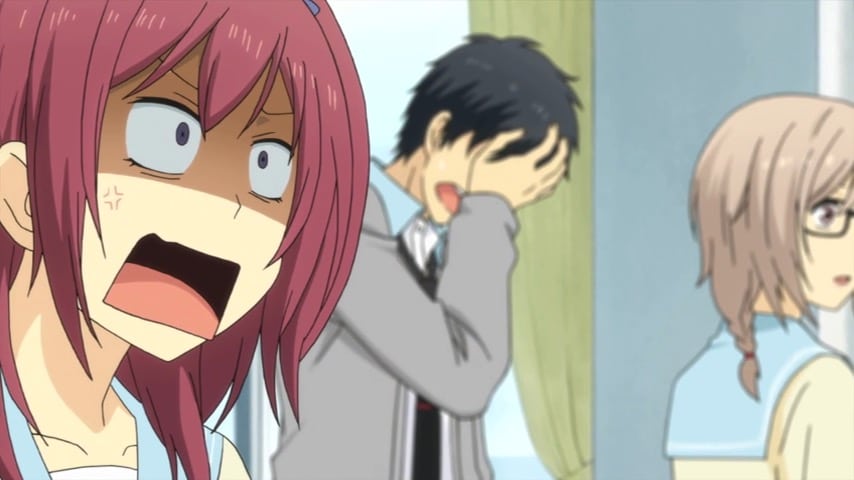 Although years have passed since then, fans of the show and the source material are still eagerly waiting for news on a second season. Here’s everything we know about the prospects of Season 2 thus far.

ReLIFE Season 2 Release Date: When will it premiere?

ReLIFE season 1 premiered on July 2, 2016, and the season finale was aired on September 24, 2016. A couple of years after Season 1 had its run, a bunch of special episodes, under the title ReLIFE: Kanketsu-hen, was released on March 21, 2018. Prior to that, the anime show was also adapted into a live-action movie of the same name. Directed by Takeshi Furusawa, the movie was released on April 15, 2017. So, as you can understand, ReLIFE enjoys quite some popularity in Japan.

Despite this, a second season is yet to be announced. The reason is that the special episodes, ReLIFE: Kanketsu-hen, were meant to be the final chapter of the series. Hence, it is unlikely that ReLIFE will get a second season, unless of course, someone decides to create a new story arc. In the unlikely scenario of the anime getting renewed, our best guess is that ReLIFE season 2 release date could be sometime in 2021. We will update this section as soon as we hear more. We’ll be keeping an eye out for news on Season 2, and we’ll update this section if we hear something.

The English Dub of ‘ReLIFE’ is available on Crunchyroll, Funimation, and Amazon Prime.

The show follows a 27-year-old man called Arata Kaizaki, who is a failure in life. Having failed to settle at one job or be very good at something, Arata jumps from job to job and is widely regarded as a loser by his peers. While Arata rues his meaningless existence, he is given a second shot at life when he meets a man called Ryou Yoake.

An employee at the ReLife Research Institute, Ryou gives Arata a second shot at life by offering him a pill. Dumbfounded by the offer to rebuild his life, Arata takes the pill without a second thought, and is completely astonished when he wakes up and finds that he is his 17-year-old self. Soon, Arata learns that he is part of a unique experiment, and must spend one year as a transfer student at a high school as his 17-year-old self, and at the end of it all, he is promised a dream job. When Arata learns what he has to do, he is extremely confident, and thinks that his years of experience as an adult will make high school a cakewalk.

However, when Arata joins high school, he finds that he is completely wrong. He flunks all his tests, is not in shape at all, and finds himself hopelessly out of tune with the strict school policies which have cropped up in the last 10 years. Owing to his inability to cope with the school system, Arata has to exert himself to try and complete a year in high school. Compounding Arata’s problems is the fact that Ryou has been assigned to him as an observer, and is a constant annoyance in his life. In this backdrop, the show follows Arata’s everyday struggles as he tries to endure a year of high school, adjust to his hectic lifestyle, and learn more about his fellow classmates.

As the show progresses into the special episodes, Arata manages to endure one year of life at high school, and it changes him. He starts looking at life from a different perspective and forms deep connections with his peers in high school. However, Arata also has to contend with the fact that his stint at high school was a part of an experiment, and none of the connections that he has made will stay once the experiment gets over.

Arata Kaizaki: The main protagonist of the show, Arata is a 27-year-old with a terrible record in professional life. Having quit his first job after a brief stint, Arata is shown to be completely clueless about what he wants in life and juggles jobs on a regular basis. Deemed to be a failure, Arata is given a second shot at life when he meets a Ryou, who is an employee at the ReLife Research Institute. When Arata is given a second shot at life, he takes it without a second thought and finds himself in the body of his 17-year-old self. Tasked with living out a year in high school, Arata has to completely change his adult perspective and adapt to a new life. Over the course of the show, he finally manages to adapt to his hectic schedule, and makes some good friends while going through high school. However, all that is put to the test when he is reminded that he is still part of an experiment, and that none of his new friends will remember him once the experiment gets over.

Ryou Yoake: Another major character in the show, Ryou is an employee at the ReLife Research Institute and is the one responsible for selecting Arata for the experiment. After Arata agrees to take ReLife’s experimental pill and gets transformed into his 17-year-old self, Ryou is tasked with monitoring and evaluating Arata’s performance throughout the experiment. Later, it is revealed that Arata was not Ryou’s first experiment, and that he had convinced another person called Hishiro Chizuru to be part of the experiment.

Hishiro Chizuru: The first participant in the ReLife experiment under Ryou, Hishiro failed the experiment. Hishiro is also part of the high school Arata attends and is shown to be an extremely intelligent person who always aces every test. Later in the show, she starts suspecting that Arata is also one of Ryou’s subjects.

Rena Kariu: Another main character in the show, Rena is Arata’s classmate and is part of the high school volleyball team. A popular student, Rena used to be the class representative till she lost her position.

An Onoya: A transfer student in Hishiro’s class, An is a part of the support team of the ReLife project and is also assigned to Arata’s case. Later, it is revealed that she has a crush on Ryou.

Kazuomi Ooga: Another high school student, Kazuomi is shown to be a bright lad who’s always scoring the highest among the guys in his class. While he’s handsome and looks like a jock, he is terrible when it comes to both sports and love.