Where Are Rena Kiser and Lee Sutton From My 600-lb Life Now? 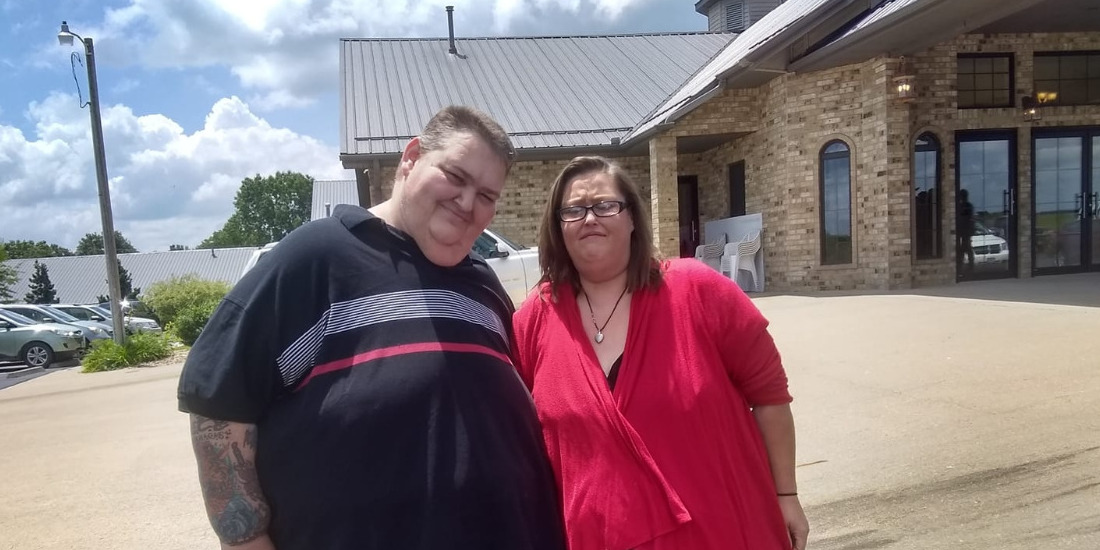 Since its inception in 2012, TLC’s ‘My 600-lb Life’ has been consistently churning out motivational stories of morbidly obese individuals as they attempt to take back control of their life. The show documents the journey of the individuals as they make healthy choices to achieve their target weight. Once that is done, Dr. Younan Nowzaradan AKA Dr. Now determines whether the patients are eligible for a weight-reduction surgery. While some suffer personal setbacks, some patients successfully reach their goal and are now leading a healthy life.

Rena Kiser and Lee Sutton are one of the most talked-about patients on the show. Now, you must be wondering where are they now and whether they’re still together? Well, we might be able to throw some light on it, but before that, let’s take a look at their journey!

Houston residents Rena Kiser and Lee Sutton appeared on the first episode of the sixth season to improve their overall health by reducing the excess weight. At the beginning of the show, Lee weighed 714lbs, while Rena’s weight was 549lbs. The pair revealed that they first met each other over a decade ago at a bariatric rehabilitation center.

Lee was smitten by Rena’s warm-hearted nature as she looked after her brother, who was actually Lee’s roommate. As the center forbid patients from forming romantic connections, Lee and Rena left the rehab center together.

On the show, Rena religiously followed the diet plan Dr. Younan Nowzaradan made for her. On the other hand, Lee struggled to control his eating habits, causing frequent bouts of anger and frustration, which began to put a dent in their relationship. Moreover, Lee’s father was diagnosed with cancer. However, the couple managed to pull through difficult times and shed a total of 574lbs. At the end of their journey, Rena weighed 278 lbs, while Lee weighed 411 lbs.

The couple also appeared on the follow-up spin-off ‘Where Are They Now?’ on June 5, 2019, along with another patient Sarah. In the episode, the couple revealed that despite the ups and downs, they are very much together. After nearly 11 years of dating, the pair even had marriage on the cards.

Where are Rena Kiser and Lee Sutton Now?

It looks like Rena (41) is dedicated to following a healthy lifestyle and is in no mood to go back to her old eating habits. Check out the glowing selfie she shared on her Facebook handle!

Lee (44) is not active on any social media platform. Therefore there is not much information available about him. In his last post, dated June 2019, he looks way healthier than when he appeared on the show. His bio states that he is still on the path to overcoming his food addiction. Good for him!

As far as their relationship is concerned, here’s what we know. It might come as a surprise to fans, but according to their social media posts, Rena Kiser and Lee Sutton are still together, after everything that transpired between them. For the uninitiated, in 2019, Rena shared a series of posts that hinted at Lee’s unfaithfulness towards her. In a now-deleted post, Rena referred to Lee as a “cheater” and “excess baggage,” and even changed her relationship status to “Single.”

And a few days later, Lee shared a picture with another woman and was slammed by fans and his co-stars for reportedly cheating on Rena, with a married woman. In fact, on May 29, 2019, Lee updated his status from “single” to “in a relationship,” confusing fans on whether he is dating the other woman or Rena.

However, on June 13, 2019, Rena updated her profile with an “In a relationship” status. Following her declaration, Lee put the rumors to rest by posting a picture of the two, relaxing in a park.

There hasn’t been much activity on Lee’s account since June 2019. Although Rena is active on social media, she has not posted any update on their relationship, apart from sharing a cryptic memory that hints at a cheating partner. Here we go again! Well, the adorable posts and relationship status confirm the fact that Rena Kiser and Lee Sutton are still together unless they come out and declare otherwise. We do hope the two carry on with their journey and achieve the weight-goals, they have set for themselves.