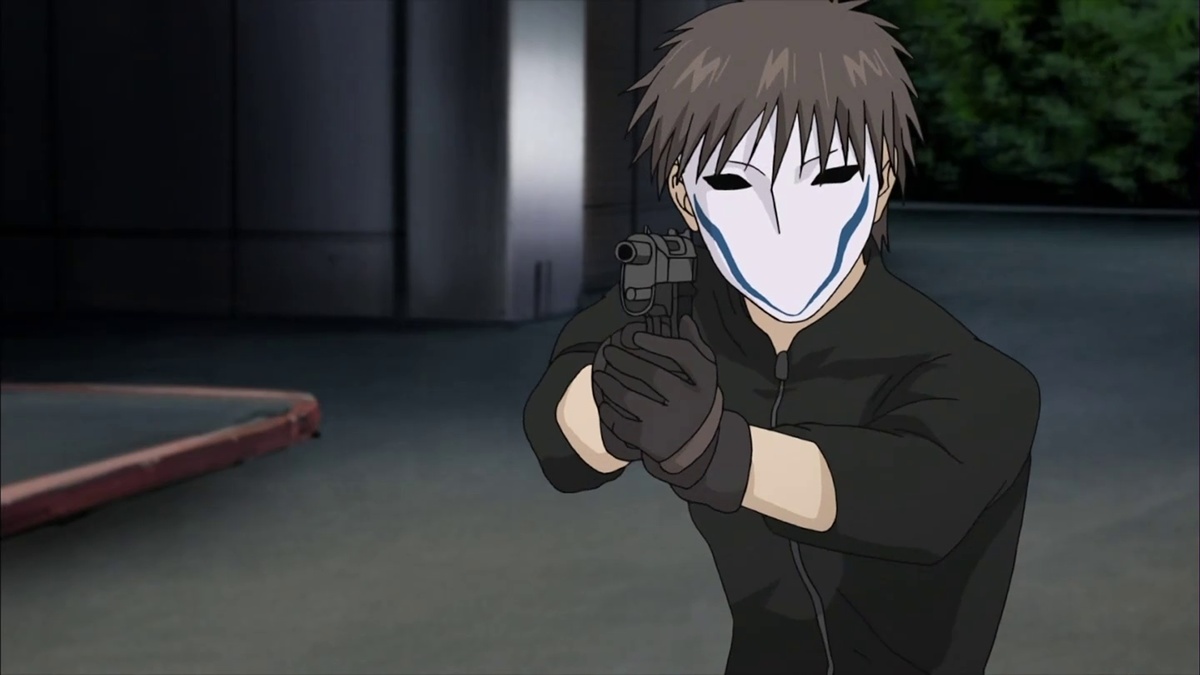 ‘Requiem for the Phantom’ is an above average anime that is at times overly rated by many fans who tend to overlook its evident flaws; and at the same time, it is also downgraded by some haters who focus on nothing but its plot holes. The story of the anime has two layers: one layer, which is the main premise, focuses on a mafia-esque theme that revolves around a powerful organization trying to gain control over the world. Within this, we can see the unfair distribution of power in an organization, backstabbing and also the greed that drives the people who run the place. The second layer deals with the complex romantic relationship between the two main protagonists and in the end, it is this layer that saves the anime. In fact, this aspect of the anime is so good that it is actually disappointing to see how much time is wasted on developing the other arc of the story.

The only big problem with ‘Requiem for the Phantom’ is that whatever makes it a great anime is actually the same thing that leads to its downfall. The show struggles to create a balance between the two arcs that it is simultaneously trying to portray, and while doing this, it actually downgrades the impact of both. For example, it does a great job with the character development of the two main protagonists and the relationship between them. But while doing so, it actually ignores the side characters who are the other members of the same organization.

A lot of viewers have also been comparing the anime with ‘Black Lagoon‘, which I feel is wrong because apart from the involvement of Mafia conflicts in the story, the two shows are very different from each other. ‘Black Lagoon’ is more of an action-centric drama whereas ‘Requiem for the Phantom’ mostly revolves around the complicated relationship of two characters. Overall, I’d say that ‘Requiem for the Phantom’ should surely be on everyone’s watch list but it just could’ve been a little better than it actually is.

Requiem For The Phantom Season 2 Release Date: When will it premiere?

The first season of the anime has an above average rating on MAL and considering the fact that the creators came up with its special episodes soon after its initial release, it is safe to say that it was quite popular back in the day. Since it is based on a Visual Novel, there probably isn’t any more of its source material left now. Also, it has been almost a decade now since its release and most viewers are not expecting any more of the anime. So as of now, a season 2 seems to be very less likely but even then, if we get any news regarding ‘Requiem for the Phantom’ Season 2 release date, we will update it here in this section.

Requiem For The Phantom English Dub:

The English Dub of ‘Requiem for the Phantom’ Season 1 is available on Funimation and Amazon Prime.

Requiem For The Phantom Plot:

The world of Mafia has taken over the entire country of America and assassinations are a very common occurrence. The crime rates are on an all-time high and all of this is because of a mysterious company named Inferno that uses an almost invincible human named “Phantom” to destroy anyone who gets in its way.

A young Japanese man somehow takes a wrong turn while he wanders as a tourist and this is when he ends up being the sole witness to one of the Phantom’s assassinations. He makes a desperate attempt to run away from the crime scene but is easily caught by the Phantom who turns out to be a young woman named Ein. She captures him and starts to brainwash him. Once she is done with this, the Japanese man, who was once a tourist, now remembers nothing about his past and is a Puppet of the Inferno. Forced into a world of lies and slander, he must somehow learn to survive and eventually find a way to get back his old memories in order to escape this world. Desperation takes over as he learns that the longer he stays in this world of crime, the harder it will be for him to get out alive.

Requiem For The Phantom Characters:

Cal Devens is one of the main characters of the show who is an assassin under the Inferno and goes by the codename Drei. She has deep green eyes and has blond hair that she ties up as pigtails with huge bangs covering her forehead. Initially, she is shown as a young teenage girl but later she grows up to become a very attractive curvy young woman. She tries to hire Zwei to help her seek revenge when she assumes that he would work for her if she paid him money. For a long time, Reiji tries to hide her from the Inferno to save her life, but when he fails to do so, he hires her as his assistant.

Ein is one of the main protagonists of the show who, along with Zwei, is forced to work for the Inferno as an assassin. She has short brown hair and dark brown eyes with a tint of green to them. Her pupils dilate and her eyes turn dark when she has the intentions of killing someone. She has had a very rough past and after losing her family in a machine gun massacre on her village, she was forced to live in many different orphanages and brothels while growing up. Later, she is adopted by Sythe who brainwashes her and turns her into an assassin.

On a mission of killing a reporter, she encounters Reiji who becomes the sole witness of the crime. She intends to kill him right after killing the reporter but after being blown away by his impressive survival instincts, she decides to spare his life and turn him into an assassin like her. She later trains him to be just like her and that’s when Reiji discovers that like him, she is also trapped with the organization. As the two of them get closer, Reiji vows to protect her and helps her regain the memories of her past.

Reiji, just like Ein, is another main protagonist of the show who is forced to work as an assassin for the Inferno. He has short brown hair and when he has a killing intent, his eyes turn green with an orange center. His dressing sense keeps changing throughout the show but he is often seen in sharp formal clothing. Zwei is the name given to him by the Inferno after he becomes a trained assassin. He is hired mostly because of his impeccable survival instincts; and later, he proves to be really good at shooting and hand-to-hand combats as well. After working with Ein for quite some time, he starts to see her better side and decides to help her get out of this brutal world so that she can live a normal life again.