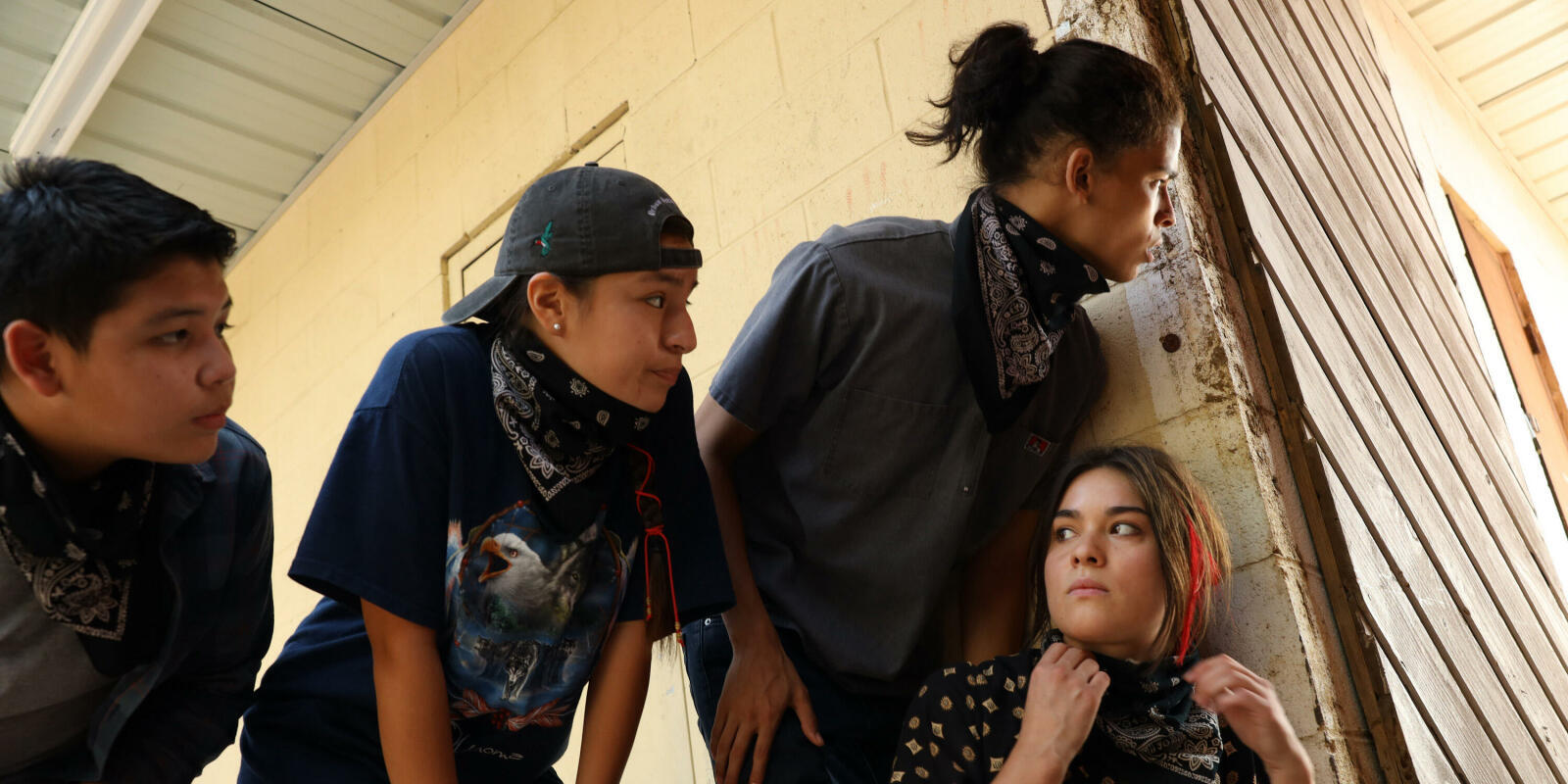 Set in rural Okmulgee in Oklahoma, ‘Reservation Dogs’ is a one-of-a-kind comedy series that revolves around the lives of four Indigenous teenagers who call themselves the Rez Dogs. They dream of going to California someday, so they begin to save money by stealing, robbing, and ironically, fighting crime. The show owes its critical success to its focus on Indigenous peoples through a relatively novel lens, that is, comedy.

Moreover, the show uses language and culture in an interesting manner to portray a distinct and realistic world. The acting, humor, and setting have also been greatly appreciated. Created by Sterlin Harjo and Taika Waititi, the show first premiered in August 2021. As the freshman season draws to a close, fans can’t wait to know if there is a second season on the horizon. Well, we’ve got the latest updates!

‘Reservation Dogs’ season 1 landed on August 9, 2021, on FX on Hulu and concluded its run on September 20, 2021. The freshman installment has eight episodes that run for 25-30 minutes each.

As for the show’s sophomore installment, we’ve got excellent news! On September 2, 2021, the comedy series was greenlit for its second run. The announcement came even before the freshman season could finish airing. “We couldn’t wait to share ‘Reservation Dogs’ with viewers and are thrilled that they seem to love it as much as we do. We’re happy to put in an early order for another season,” said Nick Grad, President of Original Programming at FX.

In the statement, Grad continued, “Sterlin Harjo delivered on his creative vision, partnering with Taika Waititi and the rest of the creative team, the brilliant cast and crew to create one of TV’s best new comedies and a groundbreaking showcase of representation and raw talent.” The news is hardly surprising given the overwhelming response the show has received. Although a premiere date has not yet been revealed, we expect ‘Reservation Dogs’ season 2 to release sometime in Q3 2022.

Reservation Dogs Season 2 Cast: Who can be in it?

Reservation Dogs Season 2 Plot: What can it be About?

The first season opens with Elora, Bear, Willie Jack, and Cheese AKA the Rez Dogs, holding a memorial for their friend Daniel who passed away a year earlier. While the loss remains a part of their lives, the group does not give up on their dreams to go to California. But making their life difficult is another group called the NDN Mafia. The contact clashes between the two groups prompt the Rez Dogs to learn how to fight. Towards the end of the season, Elora learns more about her mother’s death, while the circumstances around Daniel’s suicide come to light in a flashback sequence. In the final episode of season 1, the Rez Dogs try to be vigilantes as a tornado hits the town.

The sophomore outing of the series will continue to explore exciting events that surround the lives of Bear, Elora, Willie Jack, and Cheese. The Rez Dogs have come a long way since we first meet them in the opening episode of season 1 as they learn to make peace with some harsh realities of their lives. Yet, there might be much more they will have to deal with. But one thing we know for sure, there is never a dull moment with this group of teenagers. So, expect many more adventures with the Rez Dogs!