Resident Alien Season 1: Everything We Know 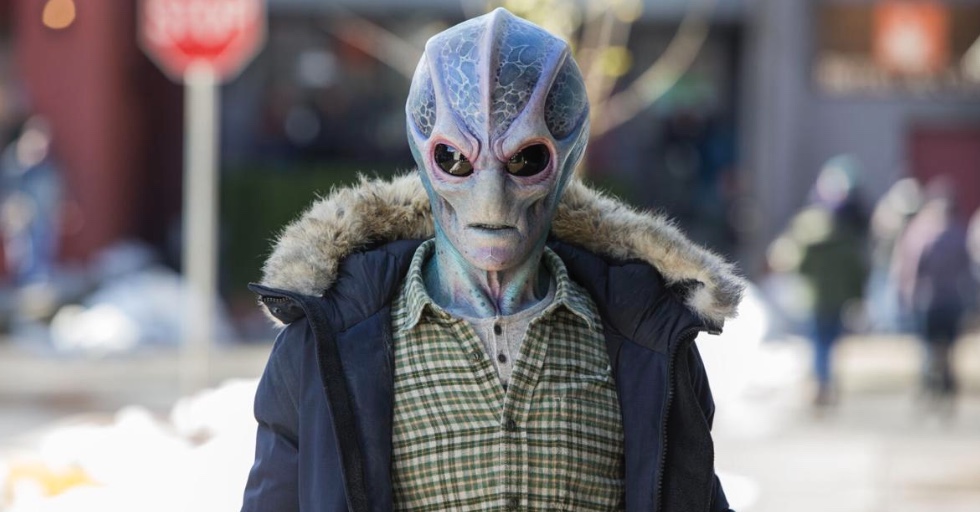 ‘Resident Alien’ is eponymous to a comic book series created by Peter Hogan and Steve Parkhouse. Parkhouse’s talent stood out in his lively depictions of its characters’ expressions, and the critics lauded the comic for the same. The franchise became a massive hit, and it was soon adapted as a television series of the same name.

Created by Chris Sheridan, the show revolves around an alien who is stranded on Earth after his ship crashes onto its surface. To survive, he disguises himself as a doctor in a small town in Colorado and attempts to fit in with humans. The success of its literary predecessor set high hopes for the show, and comic book fans have been raving about it. Here’s everything you’d need to know about ‘Resident Alien’ season 1.

‘Resident Alien’ season 1 releases on Wednesday, January 27, 2021, at 10/9c on Syfy and USA Network. It consists of 10 episodes and follows a weekly release pattern with one episode airing every Wednesday.

There's only one word to describe this sneak peek: awesome. @AlanTudyk is the new doctor in town in #ResidentAlien, landing Wednesday, January 27 at 10/9c on @SYFY. pic.twitter.com/mhTd6LO9JB

Resident Alien Cast: Who is in it?

The cast of ‘Resident Alien’ is led by Alan Tudyk, who stars as Captain Hah Re/Dr. Harry Vanderspeigle. He is actually an alien, endowed with a mission to wipe out humanity. The actor, known for portraying offbeat characters, has notable movies like ‘Rogue One’ and ‘I, Robot’ to his credit. Sara Tomko portrays Asta Twelvetrees, who works at the town clinic and shares an almost emotional bond with Harry.

Resident Alien Plot: What is it About?

‘Resident Alien’ takes place in the fictional Colorado town of Patience, situated in the heart of a rocky ridge of mountains away from the hustle and bustle of everyday city life. Falling prey to a rare twist of fate, an alien lands onto its surface after his ship suffers a severe meltdown that would take him an indefinite amount of time to repair. He then takes up the identity of the local town physician, Dr. Harry Vanderspeigle, who is dead.

Circumstances also rope him into the doctor’s murder investigation, which he seems reluctant to participate in. Harry then tries his best to fit into his new world and develops a fascination for mystery after binge-watching ‘Law & Order.’ But every once in a while, his antics and habits become the center of everyone’s intrigue or disapproval. Harry’s central point of focus is his mission to erase humanity. But as he starts to get along with his new environment, his conviction against the existence of human-life slowly starts to falter. Here’s a trailer for the show!