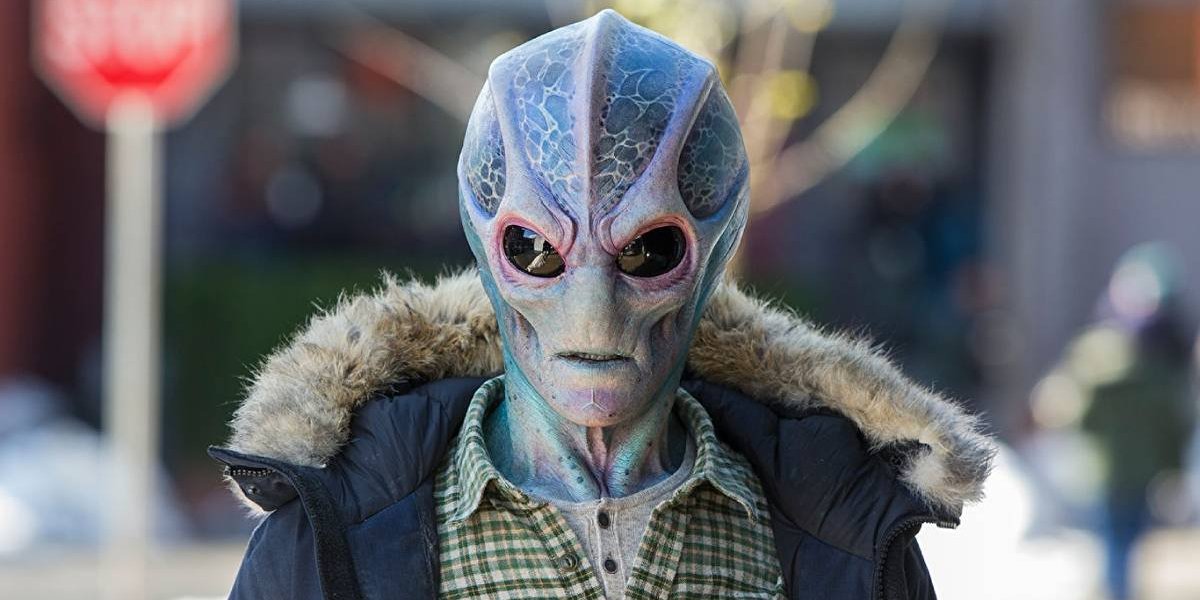 Season 1 of ‘Resident Alien’ ends with the Sheriff making a terrible mistake regarding the case of the real Harry’s death. He might face the consequences in the second season that is set to premiere soon. There are other doubts plaguing the fans for a long time, including the real reason why Harry would decide to stay back on Earth. It is also doubtful whether D’Arcy will recover from her inevitable spiral into a dark place. More questions might be answered in the season two premiere that is just around the corner. Now, let’s dive into what we can expect from it!

‘Resident Alien’ season 2 episode 1 is scheduled to release on January 26, 2022, at 9 pm ET on Syfy. New episodes are slated to release on Wednesdays. Every episode has a runtime of approximately 43-46 minutes.

You can watch ‘Resident Alien’ season 2 episode 1 when it premieres on Syfy at the date and time mentioned above. The episode will also release on Syfy’s official website or the Syfy app. Other online options include live streaming the series on Hulu+Live TV, DirecTV, FuboTV, Sling TV, YouTube TV, and Xfinity Stream. The episodes of season 1 are available on VOD platforms like iTunes, Vudu, Microsoft Store, Google Play, YouTube, Spectrum, and Amazon Prime Video. ‘Resident Alien’ is additionally accessible on Peacock.

‘Resident Alien’ season 2 episode 1 is titled ‘Old Friends.’ It will kick off with Harry’s descent back on Earth, but he would have no recollection of who he is. His safety would be at stake, and only Asta would be able to keep him safe. The truth behind the murder of Dr. Sam Hodges might also come into focus now that the wrong person is under the sheriff’s custody.

Moreover, D’Arcy would be bothered by Asta hiding something from her, and Max might turn out to be problematic for Harry. Sheriff Mike Thompson and Deputy Liv Baker might end up solving the case of the foot in the lake. The latter strongly believes that UFOs might be responsible. Here’s the trailer for the new edition!

The second season will feature Alan Tudyk as the extra-terrestrial invader who killed Dr. Harry and assumed his identity. Sara Tomko has rejoined the cast as Asta Twelvetrees, an assistant doctor and a member of the Ute Native American tribe. At the same time, Corey Reynolds will continue to reprise his role as Mike Thompson, the town’s sheriff. Alice Wetterlund (D’Arcy Bloom), Levi Fiehler (Ben Hawthorne), Judah Prehn (Max Hawthorne), and Jenna Lamia (Judy Cooper) will also be seen in season 2.