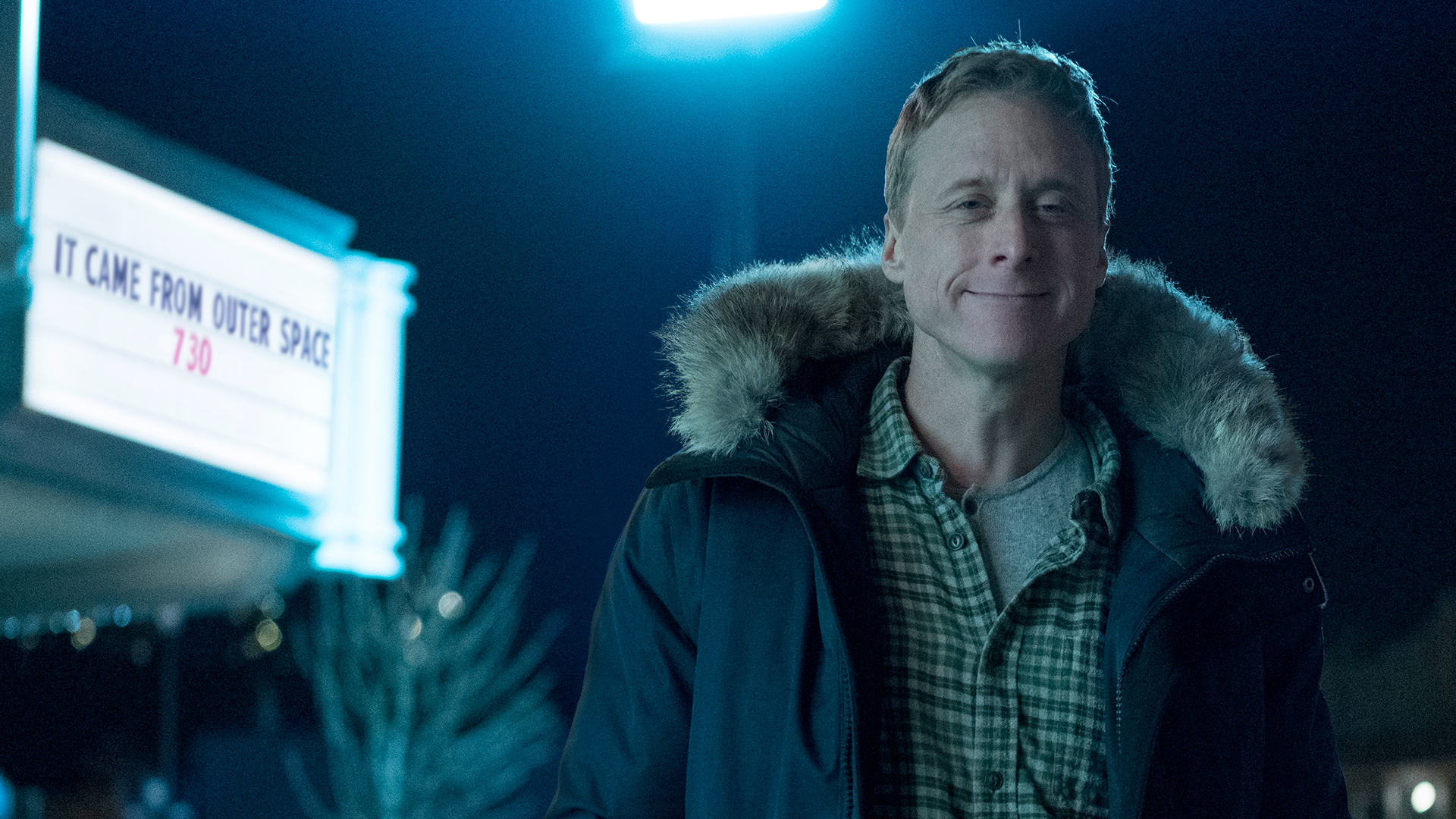 Created by Chris Sheridan, ‘Resident Alien’ is a sci-fi series based on the titular comic book series by Peter Hogan and Steve Parkhouse. It revolves around the titular resident alien and his misadventures on the mission to wipe out humanity from the Earth. After crash-landing in the small town of Patience, he takes the life and identity of a pathology physician named Harry. Interestingly, nobody can separate him from humans but a 9-year-old boy. Although he learns to speak English and grows a fascination with the human race, Harry struggles with his inner dilemma about the secret mission.

The quirky premise makes for a tour-de-force comedy, replete with amusing situations and shenanigans. The Syfy original series was widely acclaimed upon its release for its outlandish premise, ambient score, and witty screenplay. However, it has been a while following the first season’s finale. Naturally, you must be waiting with bated breath for a sophomore season. If you can’t wait any longer, let us divulge the release date and other details of ‘Resident Alien’ season 2!

‘Resident Alien’ season 1 premiered on January 27, 2021, on Syfy, with the season finale being aired on March 31, 2021. The first season packs ten episodes with runtimes ranging between 43 to 46 minutes. Let us now get into the prospects of the second season.

On March 17, 2021, shortly before the premiere of the first season’s finale, the network renewed the show for a second season. The crew began the production of the season on August 3, 2021, in British Columbia. The filming is scheduled to end on March 25, 2022. Meanwhile, the official Twitter handle of the show kept audiences on the hook with a concise but exciting behind-the-scenes look into the upcoming season!

Humans! Settle! Relax and enjoy a behind the scenes look into season 2 of #ResidentAlien! pic.twitter.com/HQyAF3gX8K

If the production ends according to schedule, the post-production chore will take up some more time. Thus, after taking the aforementioned factors into consideration, we can safely assume that ‘Resident Alien’ season 2 will premiere sometime in late 2022.

Resident Alien Season 2 Cast: Who is in it?

All of the prominent cast members will hopefully reprise their characters in the second outing. Among the significant cast ensemble, Alan Tudyk will reprise his role as Harry, the titular alien, alongside Judah Prehn, who will reappear as Max Hawthorne, the mayor’s son and the only person in the area who can see Harry’s true form. Among the prominent members of the cast ensemble, Sara Tomko (Asta Twelvetree), Corey Reynolds (Mike Thompson), Alice Wetterlund (D’Arcy Bloom), and Levi Fiehler (Ben Hawthorne) will reprise their respective characters.

Resident Alien Season 2 Plot: What is it About?

The first season expends most of its energy to make the viewers understand the purpose of Harry’s visit to Earth. Harry’s spaceship is hit by lightning, causing him to crash-land on the planet. He is separated from his ship and takes the form of Dr. Harry Vanderspiegle, a pathology physician. The season finale begins with a flashback, where the actual Harry poisons Sam’s insulin before his encounter with the alien. Alien Harry tests his device on the corpse of human Harry, almost burning his fingers in the process. He may have become a tad bit too humanlike, perhaps.

Meanwhile, the government agents breathe on the resident alien’s neck. After deducing that Harry killed the real doctor, Asta breaks up the friendship. Harry finally finds his ship, but he discovers that the government has held Asta and Max captive. In finality, Harry agrees to leave the planet and throw his device into space. While returning to his world, Harry discovers Max from the spaceship.

The second season may veer in diverse directions. It will presumably begin from the mind-blowing cliffhanger, giving the viewers some relief. Harry will most likely visit back to Earth and drop Max off. However, as he gets back to Earth, he will find the hands of the law closing in on him for his heinous murder of the doctor. It will also possibly go back to the past and reveal more about the true intention of Dr. Harry Vanderspiegle.

We already know that the real Harry killed Dr. Hodges, and the second season will invest more energy to give a reason behind the doctor’s actions. Agent Logan will have to take a stand, but we do not know whether he will side with Harry. However, Asta and Harry will have to move beyond the impasse since Asta will realize Harry’s position as an alien. However, it will take a while before they get back to their friendly ways. In the upcoming season, there will seemingly be a lot to unfold in the town of Patience. Check out the teaser of season 2!