Restaurant to Another World Season 2 Episode 1: What to Expect? 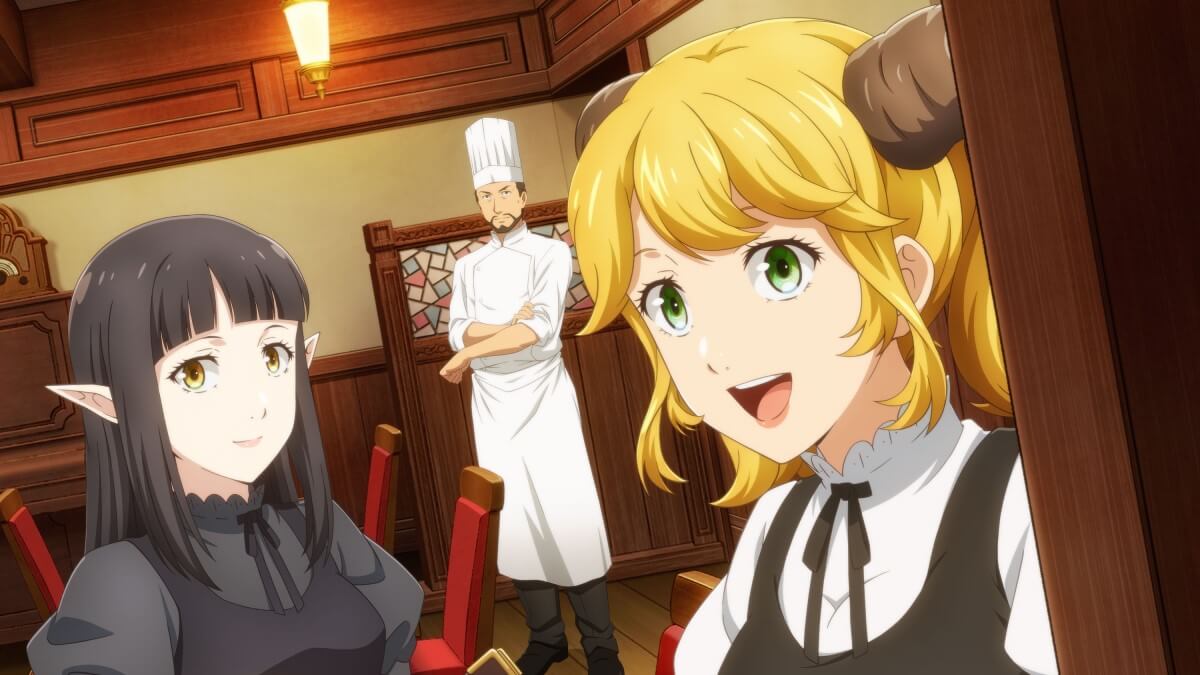 Based on a light novel series written by Junpei Inuzuka and illustrated by Katsumi Enami, ‘Restaurant to Another World’ or ‘Isekai Shokudou’ is an isekai cooking fantasy TV anime. It revolves around The Western Restaurant Nekoya, an eatery situated in an undisclosed Tokyo shopping district. It’s a modestly popular place that offers its patrons western food with a Japanese twist. However, it has a secret that most people don’t know. Every Saturday, dragons, elves, demons, and other fantastical patrons come to the restaurant for food, friendship, and even salvation. The first season of the anime aired from July 4, 2017, to September 19, 2017. Here is everything you need to know about ‘Restaurant to Another World’ season 2 episode 1.

‘Restaurant to Another World’ season 2 episode 1, titled ‘Cheesecake’ and ‘Breakfast Again,’ is set to premiere on October 2, 2021, on Japanese TV. It will air at various times on TV Tokyo, TV Osaka, and AT-X. Studio OLM took over the developing duties in season 2 from Studio Link. Masato Jinbo helmed both the directorial and writing teams. TOMISIRO and Miho Tsujibayashi provided the music, while Yasukazu Shouji designed the characters. Kiyono Yasuno performed the opening theme track ‘Onnaji Kimochi,’ and Nao Touyama sang the ending theme track ‘Samenai Mahou.’

Where to Watch Restaurant to Another World Online?

International viewers can catch the episodes of ‘Restaurant to Another World’ with original Japanese audio and English subtitles on Crunchyroll and VRV on the same day they air in Japan.

In the final episode of ‘Restaurant to Another World’ season 1, titled ‘Pork Soup’ and ‘Croquettes,’ Master or Tenshu prepares pork soup for the monthly Meat Day. Although Aletta is initially unsure about how it will be received by the customers, her fears are soon proven wrong as the dish turns out to be a hit. Meanwhile, Alexander, the half-elf mercenary, hero, and swordmaster, asks the help of his former comrade Altorius, so he can visit Nekoya to eat croquettes, the favorite food of his late son, Emperor Wilhelm. While visiting Nekoya, Alexander learns that the current Master of the restaurant is the grandson of Yomi, who, along with Alexander and Altorius, was part of the legendary Four Heroes.

Sharif continues to pine for Princess Adelheid but can’t express his feelings to her. Later, Adelheid visits her parents’ grave and finds Alexander there. She doesn’t seem to know that he is her grandfather but still greets him warmly. As soon as she is momentarily distracted, he vanishes. Towards the end of the episode, Master makes a Japanese omelet for the staff. In the post-credits scene, the door to Nekoya opens in a beautiful green field for some guests.

In season 2 episode 1, Master might decide to serve corn potage instead of miso soup. Hilda, the Night Strider, will decide to go after the goblins. Later, inside their lair, she will find the entrance to the restaurant. Aletta will later take some of the leftover corn potage home.