Restaurant to Another World Season 2 Episode 2: Release Date and Spoilers 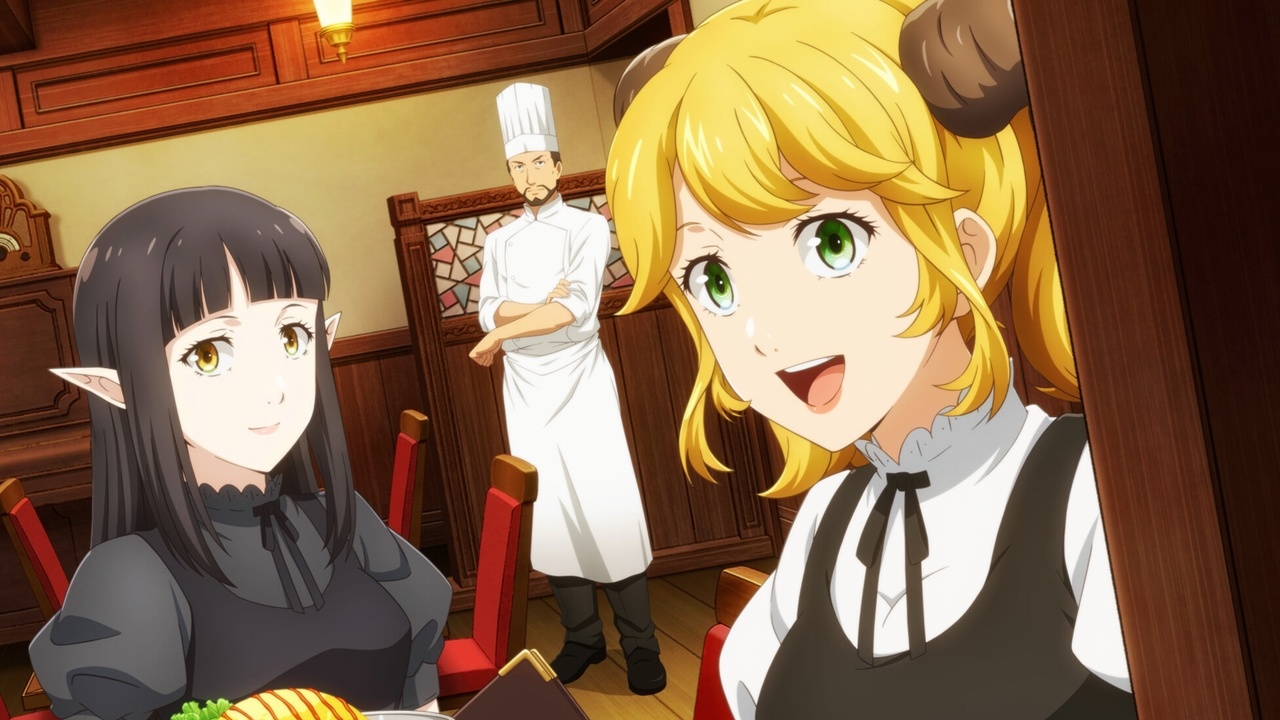 ‘Restaurant to Another World’ or ‘Isekai Shokudou’ is an isekai fantasy TV anime that is based on the eponymous Japanese light novel series written by Junpei Inuzuka, with illustrations by Katsumi Enami. The show revolves around a popular Western Restaurant named Nekoya located in Tokyo’s shopping district. While it serves delicious delicacies to its regular clientele, the eatery is also hiding a secret from its customers. Master, the enigmatic chef who runs the place actually, opens the restaurant’s doors for mythical creatures on Saturdays- when its Tokyo-based customers believe it to be closed.

But these fantastical patrons are not necessarily looking just for food, as some also arrive seeking salvation and love. The anime first premiered on July 4, 2017. Here’s everything you need to know about its upcoming episode.

‘Restaurant to Another World’ season 2 episode 2 titled, ‘Beefsteak’ and ‘Cream Puffs’ is all set to release on October 9, 2021, on Japanese TV. The series will air on TV Tokyo, TV Osaka, and AT-X at various times. Season 2 of the series is animated by Studio OLM, with Masato Jinbo leading the directorial team as well as the writing staff. Yasukazu Shouji has served as the character designer while the music is composed by TOMISIRO and Miho Tsujibayashi. Kiyono Yasuno has sung the opening theme track ‘Onnaji Kimochi,’ and Nao Touyama has performed the ending theme song ‘Samenai Mahou.’

‘Restaurant to Another World’ season 2 is licensed for streaming outside Asia by Crunchyroll. People with a subscription can head here to watch the isekai fantasy anime. The latest episodes are also accessible on VRV.

In episode 1, Demon bounty hunter Hilda in her search for a new mission looks upon the noticeboard trying to figure out a task that will challenge her. Most of the assignments, such as assisting a merchant to the harbor or killing giant rabbits, sound uninspiring to her, and she ultimately decides to go after the goblins. Although the dangerous monsters prove to be very tricky to defeat, Hilda eventually manages to get the upper hand. Once her adventurous mission is accomplished, she accidentally comes across a Nekoya door. The soufflé cheesecake served at the Western restaurant offers her some respite from the long goblin hunting mission.

However, the flavors of the dish turn out to be too addictive for Hilda, and she becomes Nekoya’s new regular customer. Thanks to the efforts of the Master, who prepares a portion of corn potage and mincemeat cutlet sandwich, Aletta and Kuro share a delicious meal with him. Later, when Aletta returns to Sarah’s house, she finds her sleeping on the table, exhausted by work. When she goes to bed, Aletta is worried that she has never done anything for Sarah, who has always been supportive of her. The following day, she cooks a delicious breakfast for her friend. In episode 2, the Master will get an order of Beefsteak from a special customer. He may also cook some cream puffs for some young clients.