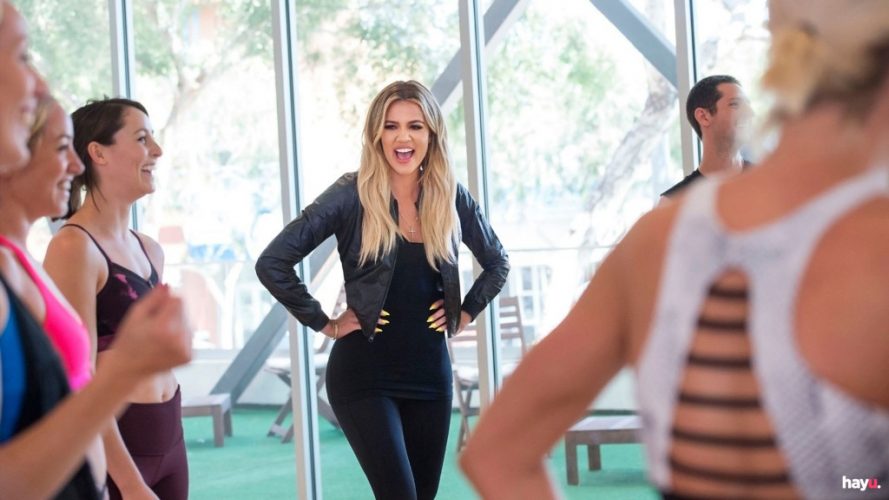 ‘Revenge Body with Khloé Kardashian’ is an American reality television series hosted by Khloe Kardashian, who you might recognize from ‘Keeping Up With the Kardashians‘ as the younger sister of Kim Kardashian. The show first premiered on January 12, 2017, and airs on E! Network.

In this show, Khloe inspires individuals to exact their revenge on those who may have tried to discourage them when they had gained weight. The show has Hollywood’s elite training team with great fitness trainers who perform celebrity treatments on these individuals. Her glam up squad is always ready to help them to recreate a new look. At the end of the weight loss journey, they finally confront their enemy. Khloe’s team performs a complete makeover on the person’s interior as well as the exterior appearance. The series is about giving it back to those people who underestimate you, may have rejected you or doubted you in your weak moments. Khloe knows what the best revenge is! It is feeling and looking your best inside out.

The show is executive produced by Eli Frankel, Ryan Seacrest, and Khloe Kardashian. Each episode features two individuals who get a complete makeover by famous stylists. “We are so excited to partner with Khloé Kardashian to help these deserving people seek the ultimate revenge,” Jeff Olde, an executive producer of the network had said. “By tapping her unlimited resources, Khloé offers transformations of true Hollywood proportions,” he added.

Revenge Body with Khloé Kardashian Cast: Who is in it?

The cast of ‘Revenge Body with Khloe Kardashian’ is led Khloé Kardashian (Host), Grant Roberts, Corey Calliet (Trainer), Bridget Scheiner (Trainer) and Will Ontiveros. In the upcoming season, the entire team is set to return, but especially Khloe, who is more focused than ever on real-life people look the best versions of themselves.

If you are wondering why someone like Khloe would suddenly want to reach out and glam up normal folks, she addressed the same, saying, “My entire life, I’ve been compared to my sisters. I don’t look like them. I was chubby and tall. I mean, I lost a lot of confidence in myself. I found a new me and this happiness, and I want to share it with other people.”

If season 4 gets commissioned, you can expect Khloe Kardashian to be back as the host.

Revenge Body with Khloé Kardashian Plot: What is it about?

‘Revenge Body with Khloe Kardashian’ is a show that helps ordinary people who have gained weight to eventually get revenge on those who discouraged them by working with dream teams of fitness experts and makeup artists to undergo a literal transformation inside and out. The show ends with the participants confronting those who had ridiculed them for their weight, which is when the true drama unfolds. Think of it as something along the lines of ‘Mama June: From Not to Hot‘, except for the fact that Khloe is a much more recognizable face.

Khloe’s mantra in the show is ‘Looking great is always the best revenge’. She should know about this too, having gotten her own revenge body after her marriage broke down. Her sister Kourtney has a revenge body of her own too, which just might prove my hunch that this is the latest step by the Kardashian family to advance the human race. The episodic series shows Khloe interact with various people, both men, and women, who have been dumped by their partners for different reasons. The solution is simple. Khloe urges them to stop feeling bad about themselves and to start working out, in order to feel more confident in their bodies, and thus in themselves.

What follows is a grueling exercise session, which you can take pointers from if you are planning to lose weight, because the trainers on the show are some of the best. The transformation that unfurls in each episode is amazing and it is almost like seeing a butterfly emerge from a cocoon. By the time Khloe is done with them, these people look completely different and feel the same way as well. With this newfound confidence, they can now face the true enemy, the person who they felt discouraged by when they gained weight. In some episodes, they get back together with these people, but overall, this is when the main drama takes place.

One episode particularly springs to mind, where an insensitive guy had a girlfriend on each coast and the girl with weight problems was absolutely devastated when she found out about this. Khloe helped her gain her confidence back but when she confronted this man, he said that he had never commented on her weight, but just felt that he would be a better friend than a boyfriend to her. If you want to know what happens next, and if you are curious about other such cases, then you should check out ‘Revenge Body with Khloe Kardashian’.

If season 4 is commissioned, you can expect Khloe to return with even more vigor and fervor in transforming the bodies of others. The aim is, once again, to help people feel loved and respected for their bodies. Khloe’s message is that if we can take control of how we look, we can take control of our lives. All it takes is dedication and hard work, and she is willing to go the extra mile to ensure that the people who come on her show, confront their demons by the time they leave, confident, and definitely looking better.

Revenge Body with Khloé Kardashian Season 4 Release Date: When will it premiere?

‘Revenge Body’ Season 3 premiered on July 7, 2019. As far as the next season goes, we don’t have an official announcement yet. Though considering Khloe Kardashian’s popularity, we would be surprised if it doesn’t get another season. Our best guess is that if the show does get renewed, ‘Revenge Body’ Season 4 can release sometime in July, 2020. We will update this section as soon as we hear more.

While you wait for ‘Revenge Body’ season 4, check out this clip from the show.