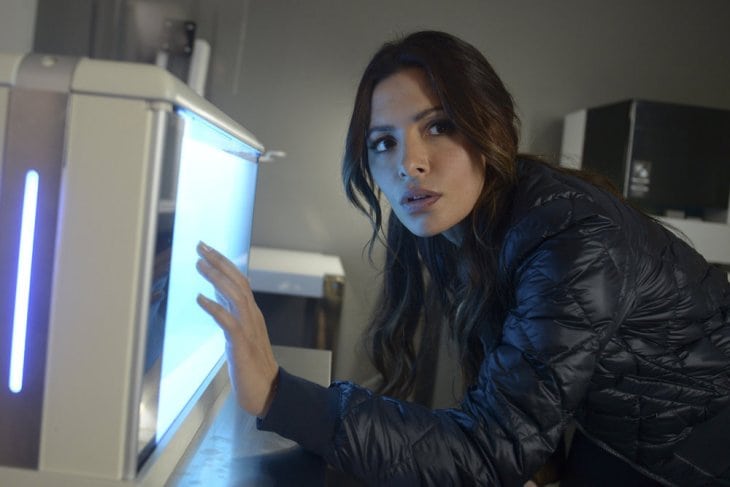 ‘Reverie’ is an American science fiction drama series that is a techno-thriller as well. The show airs on NBC, and first premiered on May 30, 2018. It has been created by Mickey Fisher.

Mara Kint is called upon to save the lives of people. And not just from any threat but from a virtual-reality simulation, where their minds have been lost. Yes, you heard correctly, this is another science fiction drama that is sure to blow your mind. Enter a world where your mind can travel into a memory of your past, or a memory you choose to create. But what happens when you like living in your imaginary world too much and never want to come out. This is where Mara comes in, who is a hostage negotiator and works to free the mind of the people from their ‘virtual’, second body.

Dante famously wrote, “There is no greater sorrow than to recall happiness in times of misery.” However, in this scenario, the recollection at times of misery is a sort of escape, since your mind can actually remain there. However, there are consequences to this action, which is where our protagonist comes in saves people from being stuck in an unreal condition. Naturally, the task of remembering and the formation of memory is a sensitive and unique experience to everyone, and the show managed to draw a fair amount of viewers.

Critics have naturally drawn comparisons to ‘Black Mirror’ due to the presence of technology on this show and its effect on characters, but many have been left a little dissatisfied with the positive overtone of a show with such a dark premise. A critic said, “Audiences have gotten familiar with this kind of cautionary yarn, where technology offers a lonely simulacrum of human contact. But Reverie’s pilot turns the idea toward optimism and earnest schmaltz—with extremely dull results.”

Reverie Cast: Who is in it?

The main cast of ‘Reverie’ includes Sarah Shahi in the role of Mara Kint. She is an expert in hostage negotiation and in human behavior. She is hired by Onira-Tech to save the patients stuck in Reverie. Although she intervenes, she has her own ghosts since she lost her niece and sister in a shooting. She uses Reverie too, in order to deal with the guilt of not having saved them.

Dennis Haysbert appears as Charlie Ventana, an ex-cop who used to be Mara’s boss. He is a senior security consultant at the company and is responsible for getting Mara hired. Jessica Lu is seen in the show as Alexis Barrett, a programmer who is introverted and the founder of Onira-Tech. She is also the brains behind Reverie.

Sendhil Ramamurthy is seen as Paul Hammond, the designer of 2.0, the version of Reverie that the company currently plans to sell to the public. Kathryn Morris is seen as Monica Shaw, someone who works with the Department of Defense and wants to use the program for government purposes. There are some recurring characters too, who have a bearing on the story and give the viewers greater insight into the characters who happen to be in the limelight.

Reverie Plot: What is it about?

In true sci-fi fashion, the plot of the show, ‘Reverie’, is also based in a virtual reality world where you can revisit a memory of your past whenever you want. Reverie also gives you the chance to visit your perfect imaginary world, which is created based on your social media profiles and live out your wildest dreams. But what happens when you get stuck in this alternate universe, without any hope of escape. Mara, a former detective is charged with the responsibility of saving these people while she is also working on battling her own demons and just might be successful in saving herself in the process.

The series is a hodgepodge of several sci-fi influences and marks the entry into the scene where sci-fi shows like ‘Westworld’ and ‘Black Mirror’ are dominating. The influences of these shows are evident in ‘Reverie’. If you remember the ‘San Junepiro‘ episode of ‘Black Mirror’, which was one of the happiest on the show, the concept of this series will not be too alien. You can enter a dream world and live out all your fantasies. However, the company that is behind this project soon faces a problem when a person does not want to leave. That is where the show begins.

Roger Ebert‘ has surmised the show, saying, “The premiere is notably manipulative, playing off the inherent empathy for children in jeopardy and the desire to see dead loved ones. It feels cheap and unearned, and just no fun. Even “San Junipero” recognized that limitless virtual reality should be a fun concept, but “Reverie” takes itself way too seriously and doesn’t work as drama or escapism. It’s especially surprising that it’s so flat given that the episode was directed by the usually solid Jaume Collet-Serra (“The Commuter,” “Unknown”). You’d never know it if you missed the credit.”

Reverie Season 2 Release Date: When will it premiere?

‘Reverie’ Season 1 premiered on NBC on May 30, 2018. The bad news foe the fans is that on November 6, 2018, the show was canceled by NBC after one season. This mostly resulted due to the extremely poor viewership numbers by the network’s standards. There’s still a remote possibility that some other network picks up the show. If that happens, we will update you about’Reverie’ Season 2 release date.

You can check out the trailer for Season 1 of ‘Reverie’ below. If you have not seen the series, then you might consider checking it out. You can also watch better sci-fi shows ‘Black Mirror‘ and ‘Westworld‘ instead.