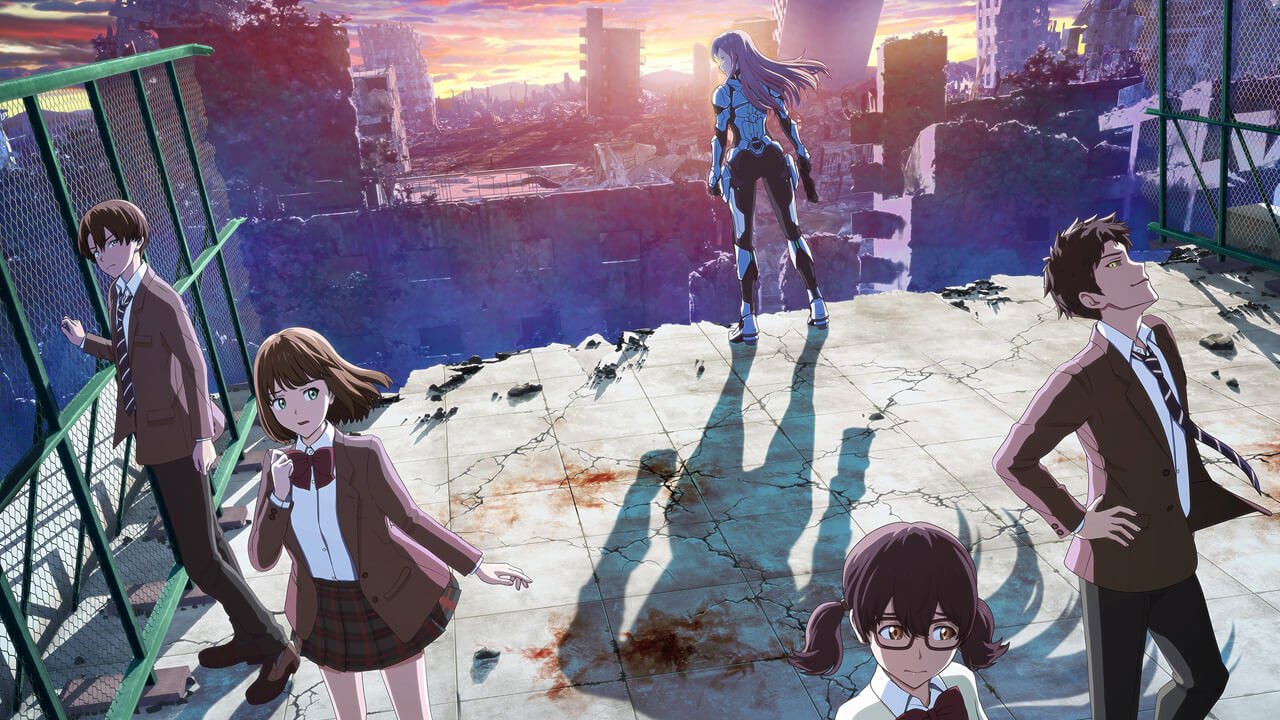 Are you an anime addict as well as a Netflix subscriber? Then you are in for a treat. Netflix has been continuously adding several anime series and films to its exhaustive catalog, with 35 anime Netflix originals available in 2018 itself. In an endeavor to further enhance its collection, the online streaming platform welcomes yet another title to its mix. ‘Revisions’, a Japanese anime television series, directed by Gorō Taniguchi and animated by studio Shirogumi. It aired on Fuji TV’s +Ultra programming block from January 10 to March 28, 2019. The show premiered for its international audience on Netflix on May 14th, 2019. This addition comes as a result of Netflix’s current business with Anime Expo in Japan.

Daisuke Dojima, voiced by Kōki Uchiyama, is a 17-year-old teenage boy and student who is in his second year at Seisho Academy. When he was a child, he was abducted and was saved by a mysterious lady named Milo, who said, “You will be visited by a terrible danger. When that happens, you’ll be the only one who can protect everyone.” Till date, he believes her words and is preparing for this big moment. However, none of his peers believes him, thereby, turning him into a social outcast.

Milo, voiced by Mikako Komatsu, is a 19-year-old female, who is a human descended from the future that has been destroyed by a mass catastrophe. Logical and always prudent, she was not affected by the attacks from the Revisions and is employed as an agent for the organization named AHRV. She works with this agency and protects the last surviving mortals while harboring extreme hatred for the Revisions who had murdered several of AHRV’s members.

Chang Gai Steiner, voiced by Nobunaga Shimazaki, is another 17-year-old, athletic and gifted student at Seisho Academy. Although he chides Daisuke for sticking to his beliefs about the prophecy, he too remembers the words: “Doubt everything.” Cool, talented, and a natural leader, he is a part of SDS (Shibuya Defense Service).

Chang Lu Steiner, voiced by Rie Takahashi, is Gai’s twin sister. She is a good sportsman and is excellent in academics. Although she presents a strong facade on the outside, she is devoted to her brother and supports him in all his decisions. She does not recall any part of the prophecy and normally tries to avoid Daisuke.

Marin Temari, voiced by Manaka Iwami, is another one of Daisuke’s classmates. She is popular, cheerful, and is known by the nickname Marimari. Indecisive and a bit low on confidence, she remembers the prophecy which said, “In the end, you’ll need to decide for yourself.” The words still take their toll on her and she also harbors a strong dislike for Daisuke who now carries himself as a hero constantly.

Keisuke Asano, voiced by Soma Saito, is perhaps the only real friend of Daisuke. The part of the prophecy that applies to him is: “Accept everything”.

Revisions Plot: What is it about?

As per the official website for ‘Revisions‘, the introduction of the anime goes somewhat like this: “This is a prophecy. Someday, the five of you will be put into terrible danger. And when that happens, you’re the only one who can protect everyone.” The show revolves around these five teens, Daisuke, Gai, Lu, Marimari, and Keisaku who are part of a strange phenomenon known as the Shibuya Adrift. As part of this event, they along with their city of Shibuya are transported to an era, three centuries in the future. This new world has nothing but desolate wastelands, vast forests, and evil entities, named Revisions, which plague the inhabitants via huge, mechanical monsters. Milo is one of the key warriors who try to save the city from these hostile monsters and helps Daisuke and his friends by giving them weapons named String Puppets. Now, the job of this team is to protect their city. Meanwhile, they also have to figure out a way to bring back the present while searching their way back home.

‘Revisions’ is a completely new series, having no relation with any original manga or source material. Exploring a new concept and narrating an exceptionally gripping plot, this gritty, racy show is surely set to relive our love for Japanese anime.

Revisions Season 2 Release Date: When will it premiere?

‘Revisions’ season 1 premiered globally on May 14, 2019 on Netflix — including the countries of the United States, the UK, and Canada. It comprises 12 episodes and all of its parts releases on the platform on the same date. It is accompanied with English dubs and subtitles for easier understanding.

Now, your next question would definitely be, is there a season 2? As far as a second installment is concerned, we don’t have any official information about it yet. However, if you note the trend with anime shows, you will know that the percentage of sequels being released is generally high. This is because of several factors such as a reusable format, positive fan reaction, the genre’s rising universal popularity, and engaging story arcs. Therefore, if the anime does get renewed, ‘Revisions’ season 2 should air sometime in January 2020. This is our best guess. But of course, we will update this section as we receive more concrete news.  So, don’t forget to visit this page regularly!

While we wait for an update on ‘Revisions’ season 2, check out the season 1 trailer to refresh your memories. If you haven’t seen the show yet head over to Netflix to catch all the episodes of the previous season.