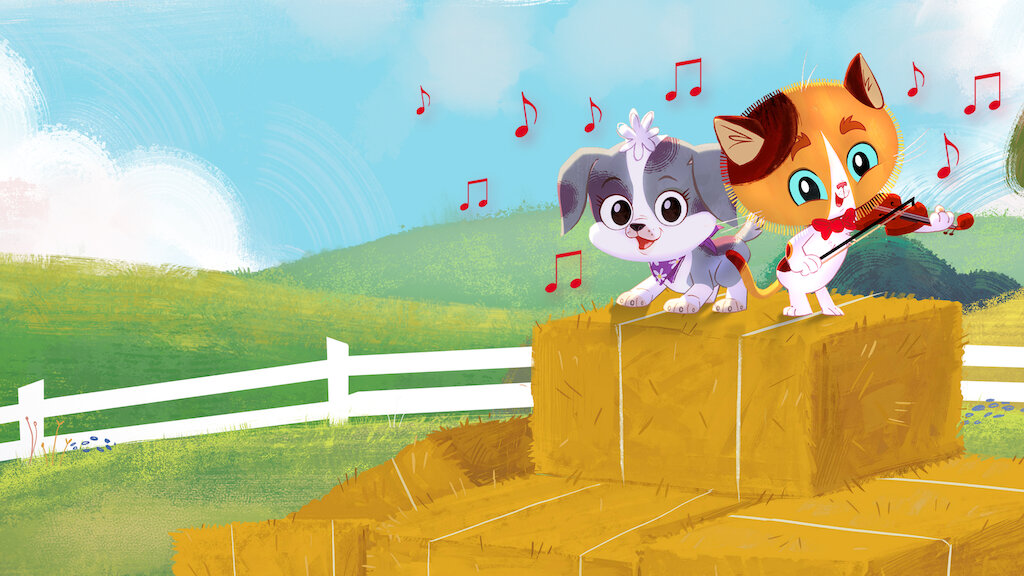 Netflix’s ‘Rhyme Time Town Singalongs’ is a unique series that is a spin-off of the animated web show ‘Rhyme Time Town.’ The original series reimagines the classic nursery rhymes as Daisy the Puppy and Cole the Kitten take the viewers through their colorful world in the eponymous fantasy town, as they solve problems through rhymes and imaginative play.

Created by DreamWorks, ‘Rhyme Time Town Singalongs,’ premiered in December 2020. The sing-along special series has proven to be a hit among parents and their preschoolers as it gives a refreshing feel to the familiar rhymes. Naturally, you must be wondering if there will ever be a season 2. Here is everything we know!

As far as another season is concerned, here’s what we know! An official announcement is awaited since there is no news confirming or denying the possibility of a second installment. Looking at the popularity of the original ‘Rhyme Time Town’ series, there may be a demand for a second season of ‘Rhyme Time Town Singalongs.’ If the show makes the cut as per Netflix’s standards, it may be renewed. In such a case, we can expect ‘Rhyme Time Town Singalongs’ season 2 to release sometime in 2021.

Rhyme Time Town Singalongs Season 2 Cast: Who can be in it?

The voice cast also includes Nina Wadia (Mayor Spoon), Kate Sissons (Itsy Bitsy Spider), Holly Hazelton (Baa Baa Black Sheep), and Louis Suc (Jack and Sled Dog). If there is another season, almost all voice cast members will return to bring life to their respective characters. However, there may be a few changes regarding the returning members and some possible additions.

Rhyme Time Town Singalongs Season 2 Plot: What can it be About?

The special series revisits the friends at Rhyme Time Town and their exciting experiences. Season 1 sees them on many adventures, such as Humpty going fishing with Chuckley Bear, Mary Mary and Humpty trying to swing on the see-saw, and Mary Mary going on a five-mile hike with Judge Dish and Mayor Spoon. Whenever any of the friends is in trouble, a peppy song comes along to help them out and teaches them something new.

Through the songs and the adventures, the friends at Rhyme Time Town also learn how to count, sort items, and learn about the various shapes and colors. If there is another season, it will bring new songs to go with new experiences, which the pre-school viewers will definitely enjoy.