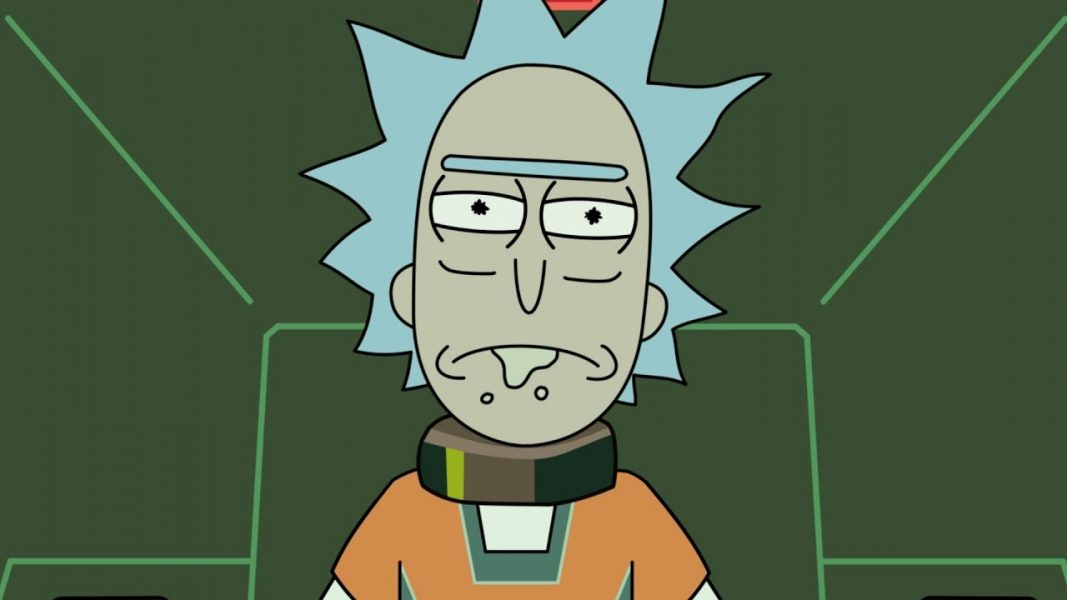 ‘Rick and Morty‘ is an adult American animated science fiction show that airs on Adult Swim, which is Cartoon Network’s late-night programming block. The series first premiered on December 2, 2013 and has since been one of the most watched shows on TV. It has Williams Street, Harmonious Claptrap, Justin Roiland’s Solo Vanity Card Productions!, Starburns Industries, Rick and Morty, LLC. as the companies backing the project, while J. Michael Mendel and Kenny Micka are the producers.

The show follows the adventures, or should we rather say misadventures of Rick Sanchez, a cynical and slightly mad scientist, and Morty Smith, his fretful, but well-natured and good-hearted grandson. For those unaware, the origin of the series actually came from a parody of the iconic science fiction movie ‘Back to the Future’. The parody was titled ‘The Real Animated Adventures of Doc and Mharti’ and was created by Roiland for a short film festival that was co-founded by Harmon. However, when approached by Adult Swim, they decided to build on this idea and came up with the show as we know it today, with its creativity, humor, and originality.

Needless to say, the series is extremely famous and has an ever-growing fan base, especially among viewers who enjoy shows like ‘South Park‘ and ‘BoJack Horseman‘. Due to the topics that it handles through humor, critics too have been very receptive of the series, praising it for the way it puts forward its humor, and for the animation style as well. Although it can sometimes be coarse and a little esoteric, it works due to its originality, showing grandparenting at its most unhinged.

Rick and Morty Characters: Who is in it?

The characters of ‘Rick and Morty’ includes the family members of the Smith household. The family consists of Jerry and Beth, who are voiced by Chris Parnell of ‘Saturday Night Live’ fame, and Sarah Chalke of ‘How I Met Your Mother‘ fame. Rick Sanchez is, of course, the eccentric grandfather, and Beth’s dad, while the children in the family are Summer and Morty Smith. Summer’s character is voiced by Spencer Grammer, while Roiland himself lends his voice to the two main characters, vis-a-vis, Rick and Morty.

All the main characters and their respective voice actors are expected to return for season 4. There will also be a few other guest characters who are bound to make the adventures, that Rick and Morty embark on together, more exciting.

Rick and Morty Plot: What is it about?

The premise of ‘Rick and Morty’ is simple. It is about a family that is supposedly located outside of Seattle, Washington. Rick is a mad scientist and loves to take his 14-year-old grandson on adventures. These adventures, however, are of a fantastical nature and take place across several realities and we see our favorite duo traveling to different planets and dimensions as they fly through portals in Rick’s car. Notably, since there are different realities in the show, it makes use of the fact that there are different versions of these characters in the multiverse.

The overall character traits of the characters in the show are pretty clear. Rick is not only eccentric but also slightly Machiavellian in his adventures. His views on most things about human life and society, like marriage, school, family, and love are unconventional. Morty, on the other hand, serves as the moral compass to this old man. Summer is like every other child, who is concerned with increasing her social status in front of her peers. Beth is perhaps the most level-headed person on the show and holds the Smiths together. However, her husband is not too helpful and is overall insecure and resentful of the influence Rick has over the family members.

Hopefully, in season 4, we will see the series continue in a similar manner, with its share of dark jokes and bleak outlook towards life. We might even get to know about Morty’s grandmother, that is Rick’s wife, somewhere down the line. While Harmon has revealed that he has no intention of doing so anytime soon, since viewers need to feel invested in a character, and he does not believe that the timing is right, one can nonetheless hope that the new season will be made all the more exciting by her appearance. In fact, the show could probe even more philosophical questions when Rick is faced with having to deal with his wife and his misadventures.

Rick and Morty Season 4 Release Date: When will it premiere?

As for the number of episodes in the upcoming season, one might expect the show to expand their episode count, now that the series has taken off properly and become a hit with the fans. In all likelihood, we will see the upcoming season have more than 10 episodes. Harmon spoke about this, saying, “I would like to think I’ve learned enough from my mistakes in season three that we could definitely do 14 now, but then I have to say, ‘Yeah but you’re the guy who says we can do 14 who turned out to be wrong so we’re not listening to you now’, the nice healthy way to approach this is I want to prove it with the first 10 of season four – prove it to ourselves, to production, to the network – that it’s so easy that we’ll earn additional episodes”.

Should You Watch Rick and Morty?

Absolutely yes! What stands out in the show is the kind of humor that it presents. The comedic style has a very simple formula. We get to see the actions and misadventures of the grandfather and grandson juxtaposed against the overall family drama that unfurls in each episode. Harmon is careful to make the show a reflection of his preference for British humor, and the series managed to intersect wit, flippancy, and big ideas. It does not just stop there, as the show also sometimes acknowledges the existence of a fourth wall, and the characters seem to be aware that they are just that, characters in a television show.

‘Rick and Morty’, as a show, encompasses what comes after postmodernism, which is essentially a mixture of all things, a regurgitation of tropes, capable of being everything and nothing at the same time, but the show is marked with a sense of wistfulness which is humanistic at its core. The show is best known for its philosophy which has been best summed up as “a never-ending fart joke wrapped around a studied look into nihilism“. What we see in the episodes is how insignificant human existence is, when compared to the size of the universe. It harps on the fact that there is no divine presence that we know of, and although it rejects superstructures, it is not a complete rejection of it as nihilism proposes. It is more along the lines of cosmicism that was proposed by H.P. Lovecraft, the acclaimed horror writer.

For those unaware, cosmicism is slightly different from nihilism insofar that it does not completely reject all values, but rather focuses on the insignificance of human actions. The show reads off this cosmicism and displays how the various characters react to this feeling of insignificance. While some assert rationality and go on to exert the dominion of science over magic, that is choosing to rationalize the unknown into the known, there are others who choose to live in ignorant bliss, completely confounded by the absurdity of the entire prospect.

Jerry, for example, deals with this through denial, while Rick is depressed and suicidal. The message of the show is to focus on human relationships and the microcosmic implications, rather than preoccupy our minds with questions of cosmic proportions that cannot be answered. The thing is that we need to accept that life probably has no meaning, and move on anyway. In this way, Morty perhaps represents the audience to some degree, who reacts to Rick’s adventures, The young boy accompanies his grandfather, and from the lessons he learns, he chooses to enrich and value his own life rather than sink into depression. Perhaps, as the show itself says, “Nobody exists on purpose, nobody belongs anywhere, everybody’s gonna die. Come watch TV”.

The series has remarkably dark humor, and yet, it is in this darkness that the depth of human emotions, relations, and interactions become the much-required catharsis that emerges around moments marked with pathos and horror. It is, as Harmon says, “It’s not realistic to watch [a show] for so much of your time without seeing evidence of something that you have inside you, something that connects us all. People are horrible to each other, and we have the capacity to think thoughts so big that they dwarf us. We can react to that in really animalistic ways and become even crueler than when we woke up, or we can unexpectedly find ourselves doing really selfless, strange things because something inside of us wants other people to be happy. It’s all part of the human psychosis”. To avoid any possible abuse of the human senses, the show decides to not dish out too much of darkness without interspersing it with moments of humanity.

One thing that the show makes us question, is how is Rick exactly. He seems like a sociopath, yet perhaps he is just someone who is capable of seeing the bigger picture. Harmon says about the character, “I’m not a qualified professional, but we’ve seen several instances of Rick reacting instantly on an empathic level…Sociopaths are playing life like a videogame, and they don’t really know the difference between right and wrong. I think Rick is a very convicted anarchist, and he plays in a much bigger world that makes individual life and individual people’s emotions feel justifiably meaningless to him.” This is where the postmodernism of the show is most evident, vis a vis, not in the regurgitation of tropes, but in the entire darkness that permeates the show. While life began with humans giving themselves meaning and purpose, this entire belief system began to shift ever since the school of skeptics came questioning the validity of human cogito or human conscious.

Karl Marx, Sigmund Freud, and Friedrich Nietzsche introduced the world to critical doubt, and then came the moment of decentering ideas, which was perhaps the most critical moment in postmodernism since it devalued all meanings. ‘Rick and Morty’, as a series, displays this at its best and most subtle, packaging it in a way that would be accessible to the general public, while also keeping the humor overt enough to be enjoyed. A last word on the animation must be said, which keeps things simplistic yet elegant at the same time. Roiland, when speaking of his style in an interview, said very clearly that he was heavily influenced by the style used in the iconic show ‘The Simpsons‘.

It becomes difficult going through everyday life with just negating tendencies, and shows like ‘Rick and Morty’ remind us ever so occasionally, that we all require coping mechanisms, and human interaction is one of the finest means of coping. Furthermore, it must be said, that human life in seeking validation tends to ask cosmic questions, in an attempt to find out what is life. This is why I keep saying the show is postmodernist because instead of asserting what life is, it questions what is life.

Here’s ‘Rick and Morty’ Season 4 trailer to get you excited.