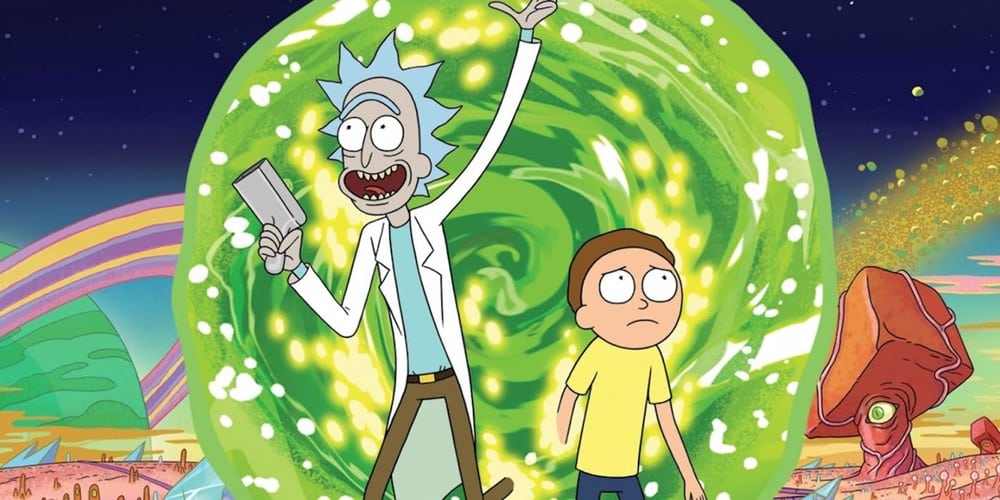 After an impressive start to the season followed by a rather mediocre second episode, ‘Rick and Morty’ seem to have maintained their alternatingly high and low quality graph with the third episode of the fourth season. Titled ‘One Crew Over the Crewcoo’s Morty,’ this episode stuck to the show’s strength of satirizing pop culture in a meta-critical tale full of narrative-changing twists and turns.

To begin with, the episode had some genuinely cool moments that were both hilarious and as stylish as watching your favorite action hero walk away from an explosion coolly. Wait…that is basically what the grandfather-grandson duo did, while parodying the very same Hollywood trope. In fact, the episode’s plot literally contained moments or plans that were inspired by heist movies. Such an approach is nothing unique for the sci-fi animated show’s fans. ‘Rick and Morty’ have practically excelled at depicting complex story-lines that comment on our society in extremely illusory manners.

The episode begins with Morty climbing a cliff while Rick watches him do so on a flying chair. Why would Rick not le Morty on the flying chair? Well, that’s just Rick being Rick, bullying Morty. Moving on, Rick and Morty are on a quest to raid a sacred tomb. But when they reach their destination, they realize that it has already been raided by a heist artist known as Miles Knightley. He has left behind his calling card which is an origami bird: the first in a long list of heist movie references in this episode.

Then, Rick and Morty teleport away to confront Knightley. When they reach his planet, they realize that it has been converted into “Heistcon-” a convention for heist artists hosted by Knightley. Rick does not want to enter the event as a “guest” as he believes that that term is solely reserved for fans of the Heistcon and he does not wish to identify as one of them.

However, the only other way to enter the event is by going in with a heist crew. So…Rick decides to hire a crew (he tried sneaking Morty in by teleportation but he gets electrocuted by the convention’s security measure against teleportation. Again…classic…Rick makes Morty a scapegoat once again)! “With a little help from old friends,” Rick says- a comment on the classic heist movie situation.

For the crew, Rick goes to a number of wacky characters like an ex agent with fake hands, “Truckula” and a certain alien who quits his job furiously after being offered the heist gig. The latter, if you notice, is another witty parody of the heist movie genre. After assembling the crew, Rick and Morty enter the convention to confront Knightley who is speaking to a large audience on a podium. While entering, Rick says “it’s showtime,” which is another satirical comment- this time on HBO.

When Rick confronts Knightley on the stage, the heist artist challenges him to a “heist-off” to steal a crystal skull. They both bet on the challenge, with the stipulation that the loser has to join the winner’s crew forever. However, right after they formally initiate the heist-off, Rick’s crew comes running inside the hall and hands over the skull to Knightley- revealing the fact that they had double-crossed Rick.

While Morty gets petrified, Rick seems to be nonchalant about the whole affair. He mentions how the “twist” was typical to a heist story and how he had already pre-empted it. Apparently, he had analysed two scripts of heist films to make his prediction and had planned a secret strategy to triple cross the crew. Rick had created a robot known as Heis-o-tron which was meant to be his “old friend.” The robot had hypnotized the crew to control them. After they were done stealing the skull for Knightley, Rick had exchanged their loot bag with a bag of poop. This way, he wins the heist-off while Heis-o-tron hypnotizes everyone at Heistcon to loot everything at the convention. The hypnotized crowd proceeds to kill Knightley. Amidst the chaos, Rick and Morty escape in their spaceship, witnessing the Heistcon planet being destroyed.

Then, it is revealed that Heis-o-tron has developed its own conscience and has started robbing entire planets. To defeat Heis-o-tron, Rick decides to seek help from some “old friends.” He assembles a new crew and a new robot called “Randotron ” whose algorithm is based on randomness. However, Randotron hypnotists everyone as it has developed its own conscience too. Under Randotron ’s spell, Rick finds himself going to Heisotron’s lair. Heisotron reveals that it and Randotron had been working together. But, there is one more twist! Rick reveals that he had predicted the robots scheming against them and had switched both of their CPUs.

There are a couple of more twists. But we are not going to spoil that, or how Rick and Morty are victorious over the robots. But can we really expect ‘Rick and Morty’ to stop going more meta when we think that they have gone meta enough already? Never! Because that wouldn’t be too meta of them, would it? At the end of the episode, Morty is shown taking a heist movie script to Netflix’s office for a movie/TV show deal. Summer comments on how “four of her friends have gotten a Netflix deal.” This is just one of the jokes about how Netflix approves most of the pitches that they receive. This way, the show’s creators humorously satirize ‘Rick and Morty’ having moved to the streaming platform.

The third episode of the latest season of ‘Rick and Morty’ is an extremely fun addition to its repertoire of wittily crafted episodes. If any other show featured this episode, everyone would have probably revered it to be “one of the best episodes ever.” However, like we discussed in the review for the show’s first episode of this season, viewers would probably equate it to the show being as good as it generally is and not be overwhelmed by it.

This plot of this episode moves forward slickly without you get time to bat an eyelid or fully digest the previous twist. Such stories have become synonymous with the animated science fiction comedy. In fact, that was what was missing in the previous episode which had been rather lacklustre. The episode was also filled with tons of cultural references and is an expert satire of heist movies. Almost every episode, the show is based on a parody of something or the other, functioning almost like “this week’s theme.”