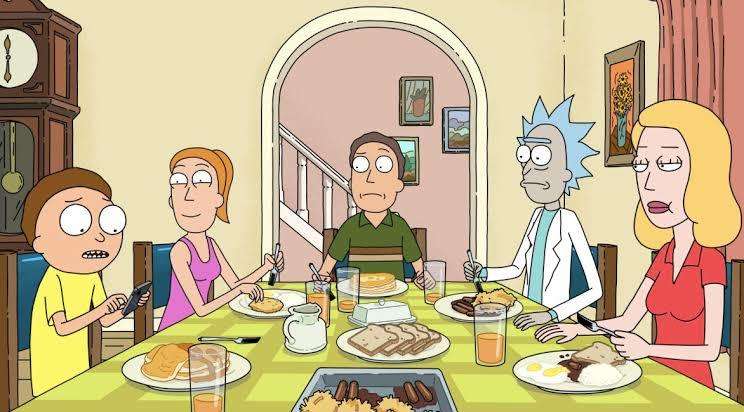 ‘Rick and Morty’ Season 4 went on a midseason break, and fans have been waiting eagerly to see how the show would make a return. Ever since the start, with the introduction of an interdimensional stream of consciousness narrative, the series has made its mark.

With colorful characters embarking on stunning adventures, ‘Rick and Morty’ often becomes a meta show that is meant to be enjoyable and reflective. The episode before the break is titled ‘Rattlestar Ricklactica.’ There are two subplots within the episode. One involves a Snake War, where time-traveling snakes decide to save Snake Lincoln, with Snake Hitler also appearing amidst the chaos. The other, much tamer plot, sees Jerry trying to put up Christmas lights without killing himself. Naturally, you might be curious about what the upcoming episode has in store. We have the spoilers and information on when and where to watch it.

Where to Watch Rick and Morty Season 4 Online?

‘Rick and Morty’ is on Adult Swim, the late-night programming block from Cartoon Network. Thus, you can watch it with a cable subscription. If you don’t happen to have one, you can always head to the Adult Swim website, and stream the episode.

The upcoming episode is titled “Never Ricking Morty.” The synopsis states that Rick and Morty encounter a creature with magical powers during one of their space adventures. We know that the show promised us more sci-fi episodes upon return, and the latest addition seems to live up to the promise.

“Never Ricking Morty” starts with a series of characters recalling their interactions with Rick Sanchez, which only grows weirder over time. The episode manages to tie in with the anthology format of the series while making it appear fresh. Undoubtedly, the narrative features some outside the box thinking and high science concepts that ‘Rick and Morty’ fans have come to enjoy.

Coupling some NSFW (not suitable for workplaces) sequences, which we’ve come to expect from the show, and enjoyable ‘Pickle Rick’ moments, the episode makes the series even more meta than before. While the eponymous duo is out on their adventures, we are likely to see Jerry trying to assert his presence and identity within the household. The upcoming episode promises to be one of the most exceptional additions to the series yet, and while we wait for it to release, you can check out a clip below.