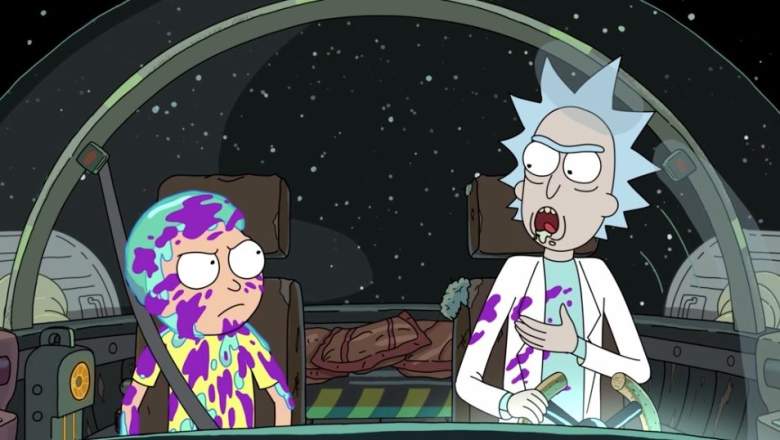 ‘Rick and Morty’ season 4 came out in 2019, causing a predictable avalanche of fan theories and a dire demand for more. The season begins with what can be described as “a long reassurance,” an episode wherein Morty gets his hands on future-predicting death crystals turns out to be a witty criticism of fan expectations. Apart from that, another episode criticized online dating while Rick was busy defending his commode. Then, there were slut-shamed dragons and evil space snakes.

All-in-all, the fourth season has been quite Ricktastic. But the ‘Rick and Morty’ fandom has become infamous for being too invested. Who cares… right? Fans are dying to know when ‘Rick and Morty’ season 4 episode 6 will release and end this torturous waiting period. If you are one of those fans, we have good news for you.

Finally, we have confirmed news regarding the release date of ‘Rick and Morty’ season 4 part 2. Yes, be ready to mark your calendars because Rick and Morty season 4 episode 6 will release on May 3, 2020. Rejoice!

You heard it here third. #RickandMorty returns May 3 on @adultswim pic.twitter.com/KvbqK9eKDI

We should expect Rick and Morty season 4 episode 7 to be released on May 10, 2020. Most of the episodes of the fourth season had been released weekly. Hence, it can be presumed that the second part would also follow the same release format.

A trailer featuring short clips from the remaining episodes of the fourth season was released on March 31, 2020 or April 1, 2020 depending on one’s timezone. You can watch it below:

We had previously predicted how ‘Rick and Morty’ might introduce some form of continuity and a larger, connective narrative for its fictional universe. We had also discussed a fan theory that posited the exploration of an Evil Morty storyline. From the trailer of the second part of the fourth season, the return of Evil Morty has been somewhat confirmed.

In the third season of the animated sci-fi series, Evil Morty is depicted becoming a dictator of the Citadel of Ricks. In the very beginning of the trailer attached above, a frame shows several Ricks making up a giant army with a bunch of Meeseeks and other extra-terrestrial monsters. It can be presumed that such a mammoth army could only be spawned by Evil Morty.

Apart from that, there is also a scene involving a naked Morty escaping a vat of liquid and dodging multiple Ricks (0:45 in the trailer). It has been theorized that the Evil Morty storyline draws parallels to ‘The Matrix.’ Hence, it is speculated that Evil Morty might use Mortys as a source of power similar to how humans were trapped in similar vats for their energy to be harnessed in ‘The Matrix.’ As a result, this theory suggests that Rick C-137 would use his Morty to defeat Evil Morty.

Apart from that, the trailer also teases the return of some of the series’ iconic villains. First, there is Snuffles, the dog that started a canine revolution in Season 1. From the trailer (0:39), it has been speculated that Snuffles would be a part of a war between cats and dogs.

Other than that, Summer is also seen fighting Tammy: her classmate and a secret agent for Galactic Federation (0:46 in the trailer). Bird Person (now Phoenix Person) is also touted to be making a return in the second part of the fourth season. In all probability, Tammy and Phoenix Person might be seen in the same episode.

This is what the blurb for the eighth episode of the fourth season says: “Summer takes up knitting, and when her scarf gets caught in the garage door, it triggers a series of events leading up to the total destruction of the multiverse.” Hence, it can be speculated that Tammy and Phoenix Person would be appearing in the eighth episode of the fourth season. However, that episode also teases the destruction of the multiverse which would certainly be more epic.

This is what the blurb for the sixth episode reveals: “Rick and Morty find a magic squirrel and travel to space where they do some over the clothes stuff.” On the other hand, the seventh episode’s blurb reads: “Morty meets a new kid called Jack who’s in love with an alien called Tom. Rick tries to save him when it turns out the alien isn’t who he thinks.”