Rick and Morty Season 5 Episode 2: What To Expect? 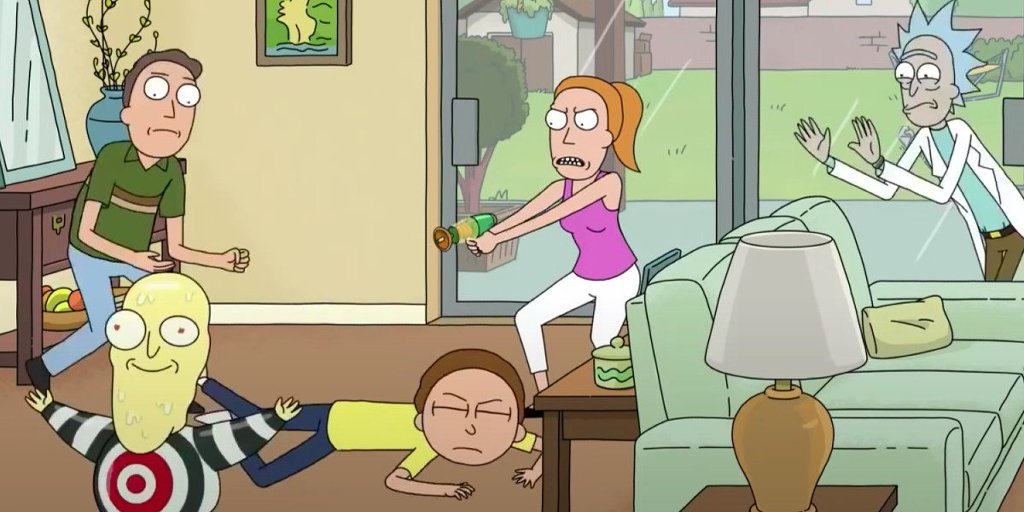 ‘Rick and Morty,’ the animated comedy show created by Justin Roiland and Dan Harmon, never seizes to surprise its audience with new, inventive plots and bold storytelling choices. The fifth season premiere episode of the show stands as a testimony of that and hints that Rick and Morty’s adventures will become more interconnected going forward.

In the premiere episode, we get to meet Rick’s long-time nemesis Mr. Nimbus, the King of the Ocean. Rick is forced to host a dinner for Mr. Nimbus so that they can re-sign their peace treaty. The episode highlights how Rick’s self-arrogance has resulted in his loneliness and blinds him to the feelings of those around him, especially Morty. This is likely to become a prevalent theme in the new season.

Meanwhile, Morty’s romantic pursuit of Jessica results in another heartbreak. If you enjoyed the hilarious first chapter of the latest season, you must be eagerly waiting for the next one. In that case, we’ve got you covered! Here’s what you can expect from the titular duo’s next adventure in ‘Rick and Morty’ season 5 episode 2.

‘Rick and Morty’ season 5 episode 2 will premiere on June 27, 2021, at 11 pm EST, on Adult Swim. The fifth season consists of 10 episodes with a run time of roughly 22 minutes each. The network airs new episodes weekly, on Sundays.

Where to Watch Rick and Morty Season 5 Episode 2?

You can watch ‘Rick and Morty’ season 5 episode 2 on your television screens at the aforementioned date and time or on Adult Swim’s official website by using the login credentials of your active cable subscription. Alternatively, you can opt for live TV streaming services such as DirecTV, Sling TV, YouTube TV, Hulu Live TV, and Spectrum. The new episode will also be available to purchase on Amazon Prime.

The second episode of ‘Rick and Morty’ season 5 is titled ‘Mortyplicity,’ which is a reference to the cult classic science fiction film ‘Multiplicity.’ The movie is about a man who clones himself so that he can manage his personal and professional life better. However, the clones make everything worse. The plot of the movie is eerily similar to Beth’s storyline from the last season, which means the new episode will pick up plot threads from that arc.

The episode is likely to mark the return of Space Beth. The Galactic Federation could also return to menace Rick and the Smith family. As a result, Rick and the Smiths will be forced to go on the run in order to protect themselves. Rick might have to take a tough decision to keep his family safe from the Galactic Federation. It is possible that we might receive some insight about which Beth is real.

In contrast, Rick could end up making things worse by trying to figure out which Beth is real. At the end of the season 5 premiere, things do not work out between Morty and Jessica, and we will likely get to see a heartbroken Morty trying to move on. Finally, given last season’s ending, it is possible that what we are seeing is a mere simulation, and Rick might be hiding something from the rest of the family.