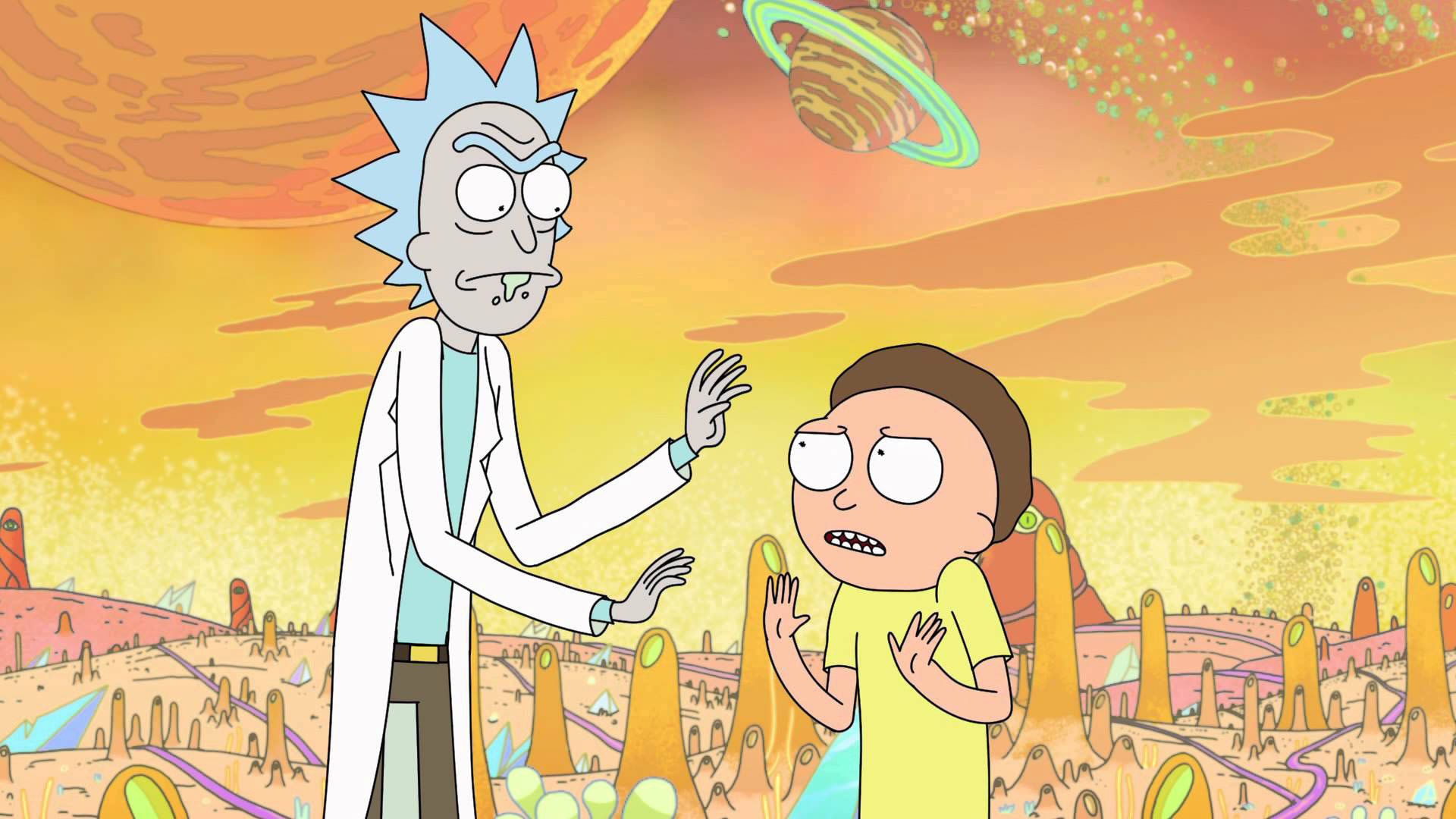 Created by Justin Roiland and Dan Harmon for Adult Swim, ‘Rick and Morty’ is a humorous, dark, and visceral adult animated sci-fi series with potentially mind-bending and reality-morphing story arcs. While a satirical take on the sitcom genre, the series predominantly follows the shenanigans of cynical and manipulative super-inventor Rick Sanchez and his meek grandson Morty Smith.

After the show’s initial premiere on December 2, 2013, it has spawned four seasons amidst overwhelming fanfare and critical acclaim, mainly due to its original and imaginative storytelling and humor. After the power-packed finale of the fourth season, fans are eager to see the titular duo back on the screen. If you are looking for the release date and other details regarding the fifth season of the show, consider us your ally.

Now you can start asking us about season 6. @RickandMorty returns for season 5 on Sunday, June 20 at 11pm ET/PT on Adult Swim. pic.twitter.com/AatNl0ZRKX

In the early days of development of the fifth season, series co-writer Jeff Loveness, who penned four episodes for the fourth season, along with the season 5 premiere, announced his exit from the production team in a tweet in September 2019. Understandably, there was some delay due to the onset of the pandemic, as the cast and crew were forced to work from their respective homes. It also made the production team focus more on the development process. Fans would be delighted to know that the sixth and seventh seasons are also in the works, and we may expect a shorter delay between the seasons.

All the members of the main voice cast will return to revitalize their respective characters in the forthcoming season. Series co-creator Justin Roiland will lend his voice to the two central characters, madcap scientist Rick Sanchez and his nervous grandson Morty Smith. Among other members of the Smith family, Spencer Grammer will voice the character of Summer Smith, Chris Parnell of ‘Saturday Night Live’ fame will lend his voice to Jerry Smith, and Sarah Chalke will reprise the role of Rick’s daughter Beth Smith and her clone, Space Beth.

Among other known cast members, co-creator Dan Harmon will take up the role of Birdperson, Rick’s friend-turned-enemy, and Kari Wahlgren will loan her voice to Morty’s long-time crush, Jessica. An undisclosed voice artist will bring the villainous character of Mr. Nimbus to life.

Rick and Morty Season 5 Plot: What is it About?

Keeping with the tradition of the previous season finales, the fourth season also ends with a spectacular cliffhanger, owing to Rick’s casual altering of realities. The title of the season finale, ‘Star Mort Rickturn of the Jerri’ is an idiosyncratic spin on ‘Star Wars: Return of the Jedi,’ following many pop culture references that the show seamlessly integrates into the plot. The episode introduces the character of Space Beth, who is leading an insurgence against the Galactic Federation. She tells a doctor about her clone on Earth, confirming Rick’s cloning of Beth at the end of the third season.

The doctor reveals a bomb implanted in Space Beth’s neck by Rick to stop her from visiting Earth. Space Beth and Rick go to dine at Shoney’s, and Rick mistakenly blurts out that Space Beth may be a clone. After a brief meet with Tammy, Rick, Beth, Jerry recon with Space Beth. Both the Beths think they are clones, and Rick cannot tell the difference between them.

In the meantime, Rick kills Tammy, and Birdperson AKA Phoenixperson is shut down by Space Beth, with a little help from Jerry. In the finality of events, Rick picks up the memory tube containing the memory of Beth’s cloning, but as he chose to resort to uncertainty, it is impossible to discern the identity of the original Beth. The season also sees Birdperson as a potential arch-nemesis in the making as his transformation mirrors that of Anakin Skywalker into Darth Vader.

The upcoming season will see Space Beth in a prominent role. Following the animatics, a few more Ricks will die, and Morty might finally express his love to Jessica. The season will also introduce the character of Mr. Nimbus, a fish-like anthromorph who is one of Rick’s long-time enemies. At the same time, Birdperson, now Phoenixperson, may attain a central antagonizing role in the future seasons. One episode from the fifth season will center on Morty’s relationship with a woman other than Jessica, and it is one we look forward to seeing.

The development of Rick’s character throughout the past seasons has been interesting, and the fifth season will reportedly explore Rick and Jerry’s relationship in further detail. Moreover, we hope to see Evil Morty in one of the episodes, but that is just wishful thinking. Well, get ready for some fireworks because the fifth season will be more wholesome and reality-bending than the previous seasons. You can check out the trailer of season 5 below!